Five Canadian teams participated in the Mega Scrimmage and they all left a lasting impression. 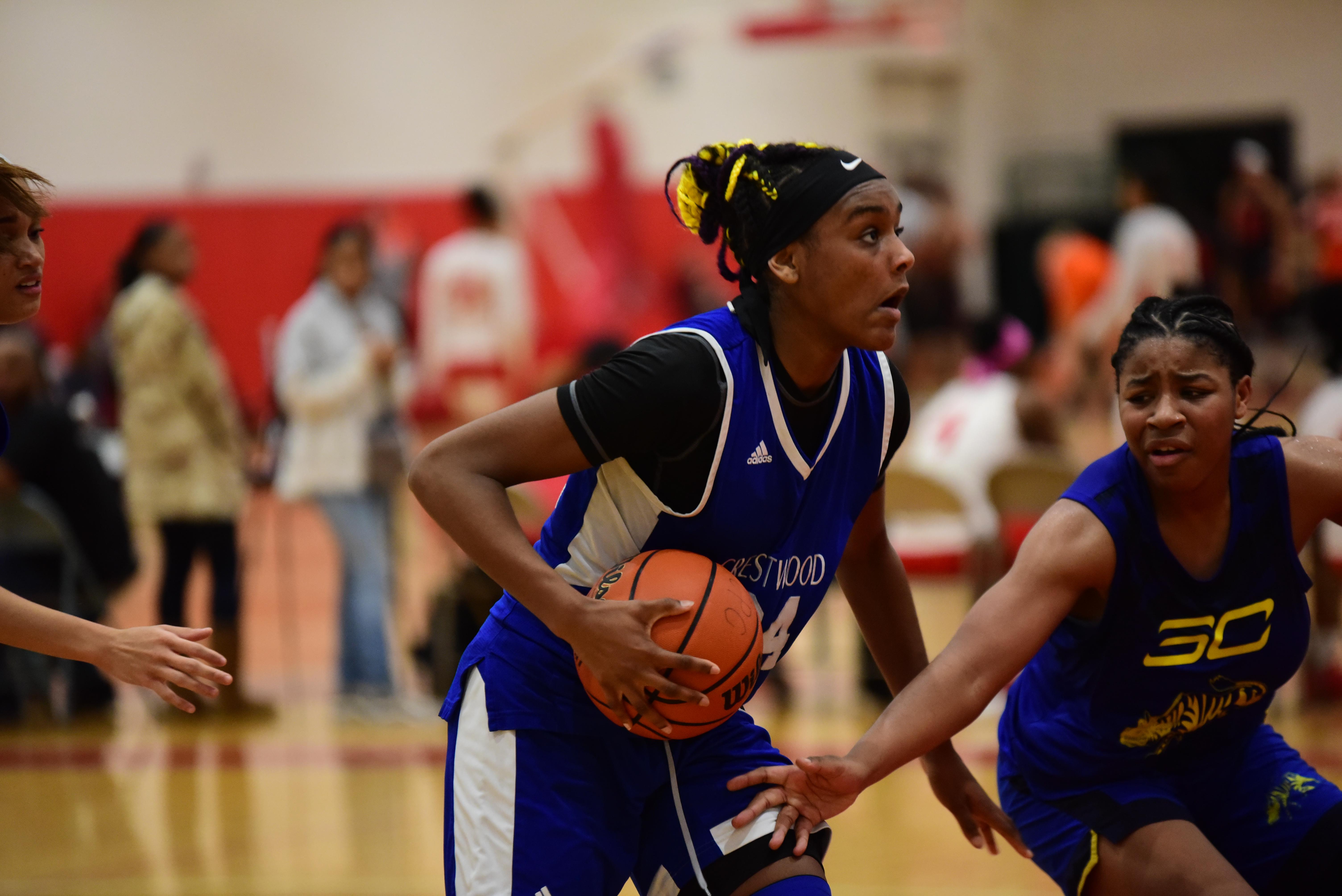 Livonia, MI: The Michigan Mega Scrimmage is the premier high school basketball scrimmage in the state of Michigan. The day was packed with some of the best high school teams in the state preparing for what should be a very exciting season. College coaches that sat baseline also got to see some of the premier talents from Toronto, Ontario. Five Canadian teams participated in the Mega Scrimmage and they all left a lasting impression.

Latisha Lattimore  2021   6’5”  Post  Crestwood Academy H.S.
A post player that is quick enough to defend on the perimeter, Latisha was one of the most versatile players in attendance. She has great footwork and plays well with her back to the rim, but can also shoot a quick turnaround jumper and off the dribble. She has awesome timing and was able to alter shots and rebound outside of her area.

Aaliyah Edwards  2020  6’3”  Wing/Post  Crestwood Academy H.S
Edwards was so fun to watch. She has great ball handles and can get to the hoop when she wants. She did a great job of playing the lanes to get steals and easy buckets for her team. She is deadly in the post as well, calling for the ball and delivering.

Shayeann Day-Wilson  2021  5’7”  PG  Crestwood Academy H.S
A strong floor leader with a high IQ, Shayeann was every coach’s dream. She has an arsenal of moves and is able to make necessary offensive adjustments on the fly while directing traffic. She can score in multiple ways and was one of the top defenders on her team.

Rebecca Demeke  2020  5’11”  Guard  Crestwood Academy H.S.
Demeke was one of the most unique shooters of the day. She was able to knock down shots off the dribble and has a quick release, even when being guarded by shorter and quicker players. She has a wide presence on defense by utilizing her long frame and wingspan.

Jayme Foreman  2020  5’9”  Guard  Niagara Prep H.S.
Jayme was awesome at getting to the basket and finishing strong with and without contact. She was able to be effective on both ends of the court by being quick enough to defend smaller players but strong enough to defend in the post.

Lauren Audino  2021  6’2”   Post   Niagara Prep H.S.
Strong with great off the ball defense, Audino’s presence made a huge difference for her team. She is a strong rebounder and does not mind battling to get them. Lauren was able to get up the court in transition and make herself available to score.

Sarah Te-Biasu  2020  5’5”  Guard  Niagara Prep H.S.
The energy and floor general of her team, Sarah showcased her great court vision and decision making. She has great ball handles, even under pressure. She is a hard worker on both ends of the court and a strong defender.

Izabella Zingaro  2021  6’3”  Post  Caledon Academy H.S.
Izabella’s ability to run the lane in transition and make herself available for easy buckets was her biggest asset during the scrimmage. She often caught teams off guard by getting in position so quickly. Not only can she finish at the rim strong, but she can consistently knock down the short jump-shot as well.

Andrea Dodig  2019  5’9”  Guard  Caledon Academy H.S.
With superb handles and a collection of great moves, Andrea showed why she is the leader of her team on the court. She is a smart player and knows when to score or run the offense. She has top-notch court vision, which is a great compliment to her crafty passing.

Lemyah Hylton  2022  6’0”  Guard  Southwest Academy H.S.
Hylton’s game is very mature for her age. Not just her skills and talent, but her attitude and mannerisms as well. She is aggressive on both ends and plays dynamic on the ball defense. She has a long frame and is able to get to the rim and finish. Lemyah can jump! When the ball was stuck on the back of the rim, she came off the bench and knocked it down like it was nothing. She gets inside and rebounds as well.

Cheyenne Rowe  2022  6’2”  Post   Southwest Academy H.S.
Cheyenne is a great rebounder that knows how to bring it down strong and clear out her space. Although she primarily plays in the post, on more than one occasion she snagged a rebound, and then went coast to coast to score.

Shantavia Dawkins  2022 5’10”  Guard   Southwest Academy H.S.
Quick and incredibly athletic, Shantavia showed her versatility in every game. She plays both guard positions and plays them well. She has a quick first step that she utilized often to get to the basket. Shantavia is a hustle player who does not mind getting dirty, including battling on the boards.