Harrisburg, NC - The 2nd annual Carolina Jam Fest turned out to be a great event in the Charlotte area. Teams came from Georgia, South Carolina and North Carolina to compete. The level of competition was high and there were some great players in attendance.

Here are a few of the many that stood out:

Brittney Autry 6’1 Post MGD Elite 11th
A full late qualifier. Autry is a very strong and versatile post. She rebounds both ends, runs the floor, willing to do all of the dirty work. She will be a steal for some low – mid D1 school.

Kathleen Rogers- Charlotte United All Stars
Excellent spot up shooter. High motor kid who made a lot of big plays game after game. Good understanding of the game. Perimeter shooting is her forte. Could be a steal for the right college program. Has made tremendous strides on the defensive end over the last two seasons

Makayla Gibbons Charlotte United All Stars
Athletic and strong build on a 6-1 frame……primarily operated in the low post but displayed the ability to step out and stroke it from beyond the arc. Above average ball handler, not afraid to mix it up down low for rebounds…Development the next few months is key----could project as a big wing or small four at the next level

Amaryah Corpening 5’7 Guard Charlotte United All Stars
Extremely tenacious….Quick, heady ball player….Consistently made the right decision in offensive transition situations…Excellent dribble penetrator who finishes well after contact…Mid-major prospect who brings a bundle of energy and upside to the hardwood…Tremendous on ball defender.

Lenzi Brown 6’1 Wing Charlotte United All Stars
Active rebounder who is a prototype 4 on the next level……Can mix it up with the bigs down low or fill the lane in transition like a player half her size….Athletic enough to play on the wing especially if she can consistently knock down 15-foot jumpers…Not afraid to put the ball on the floor when needed.

Jazmine Sanders 6’Wing Lady Team CLT
Active on the glass, deceptive physical presence-plays with unexpected strength and aggression. She has a high-motor and displayed the ability to score in bunches. One of North Carolina’s biggest sleepers.

Skyler Hatfield 5’7 Guard Lady Team CLT
Streaky outside shooter with solid ball handling skills… Extremely tough ballplayer…Always in the right spot at the right time. Need a key rebound in traffic? She pulls it down…loose ball on the floor at crunch time? On the floor she goes…Clutch three-pointer needed to seal the deal? Got that covered too…A throwback, old school basketball player who is versatile enough to play multiple positions at the next level.

Jaylin Powell 5’8 Guard Triangle Tarheels
We saw a different side of Powell this weekend. She really excelled in the wide open sets that the Tarheels run. She did a great job using her strong body to get to the rim and finish through contact. Her jump shot was on from behind the arc. July will be big for her!

China Cotton 6’1 Wing Hoop Dreams Athletics
A glue player that is willing to do anything to win. She played with a high motor and went after every loose ball. Has nice footwork that goes well with her midrange game. She is a nightmare in transition.

Deasis Vizcaya 6’1 Post Georgia  Highlights
Very strong post that makes hustle plays. She dives out of bounds, hits the floor all for the loose balls. She does a great job rebounding on the offensive end and finishes through contact.

Elexius Bell 6’1 Post Georgia Highlights
Bell is a very athletic post with good footwork and a soft touch around the rim. She is strong  and mobile, often running the floor and finishing in transition.

Amari Young 5’11 Wing North Augusta Lady Lightning
Young was one of the players that left a big impression on our staff. She is freaky athletic, she does it all. On the defensive end she is able to defend 1-4, she is a great shot blocker with good timing. She rebounds outside of her area. She is at her best in transition finishing with defenders looking up at her.

Aultheria Dantzler 5’7 Guard Palmetto 76ers
On a team full of standouts she was overshadowed at times but her M.O was effective efficiency…not a lot of wasted movement or poor decisions..Displayed good court vision and a clear understanding of her role at the point…Court awareness and quickness were her calling cards throughout the tourney….One of the best defensive guards in the building.

Jazmyn Page 5’8 WF PSB North 9th
Strong , banger……Deceptively quick……made all the hustle plays; lunch-pail, hard hat kind of ballplayer…Very unselfish offensively, always looking to make the extra pass…Conditioning was a bit of an issue but that may have been a by-product of all the time she spent diving for loose balls and outworking her opponents.

Spencer Britton 5’4 PG CLT Lady Warriors 15u
Scrappy point guard with a high IQ. She has a nice mid range game and great court vision. She loves to attack the paint and the contact doesn’t bother her. A lock down defender that always seems to be where the ball is.

Tamia Davis 5’8 PG Carolina All Stars 2018
Davis is a complete point guard that competes at a high level. Very quick with a tight handle to go along with great court vision. Streaky jump shooter and very exciting to watch.

Cydney Johnson 6’ Wing Triangle Tarheels
Johnson just simply plays harder than her opposition. She makes all of the hustle plays and has the ability to defend the 2-4. Her rebounding and ability to finish in transition really stood out.

Kennedy Calhoun 5’2 PG CBC Thunder Elite 2021
Cartoon-like quickness…A terror on the defensive end plain and simple….The vocal leader on one of the most talented middle school squads around… Surprising maturity to her game for a player whose game is so frenetic…If she can develop an outside shot she should have a bus full of suitors a few years down the road.

Tanajah Hayes CBC Thunder Elite 2021
Soon to be a household name…A problem on both ends of the floor who excels in the open floor…Savvy ball handler who gets to the cup and absorbs punishment better than players twice her size…….Always in Russell Westbrook attack mode……has a certain playground quality to her game but had 5 star potential written all over her.

Reigan Richardson 5’11 Wing CBC Thunder Elite 2021
“Miss Versatility”…Long and athletic baller who is equally adept getting points off the glass or knocking down long range shots from anywhere on the perimeter…Very offensive minded…Quick release with a sweet shooting touch. She is capable of defending 4 positions due to her combination of strength and raw athleticism… Should be on every recruiters long term watch list.

Amhyia Moreland 5’11 Post CBC Thunder Elite 2021
Understands low post play remarkably well for such a young player… comfortable with her back to the basket…..displayed good hands on low post feeds and  while rebounding in traffic….not a “rah-rah” type of  ballplayer, just goes about her responsibilities in a workman-like fashion…….on a team full of greyhounds she provides a solid inside presence.

Alix Johnson 6’1 Post Charlotte Flames 14u
Johnson is a big strong post that will only get better in the future. She has great hands, she’s mobile and has a nice touch around the rim.

Aniyah Tate 5’9 Wing Charlotte Flames 14u
A high motor kid that loves to attack the rim. She does a great job using her strength to get in the paint and finish through contact. 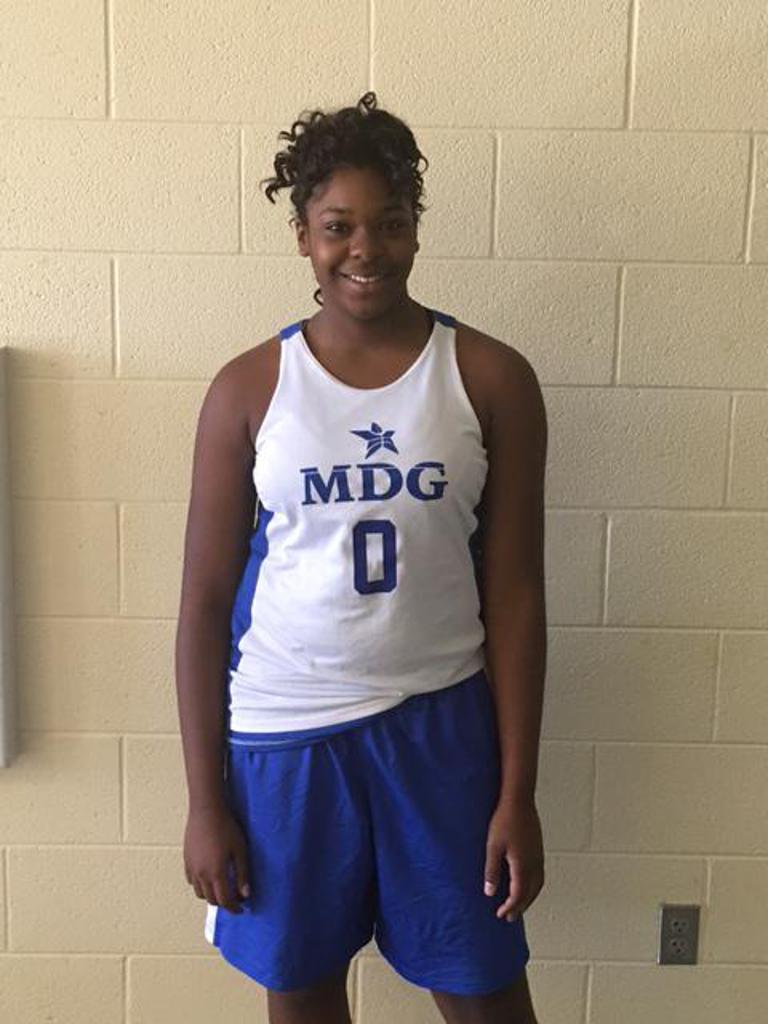 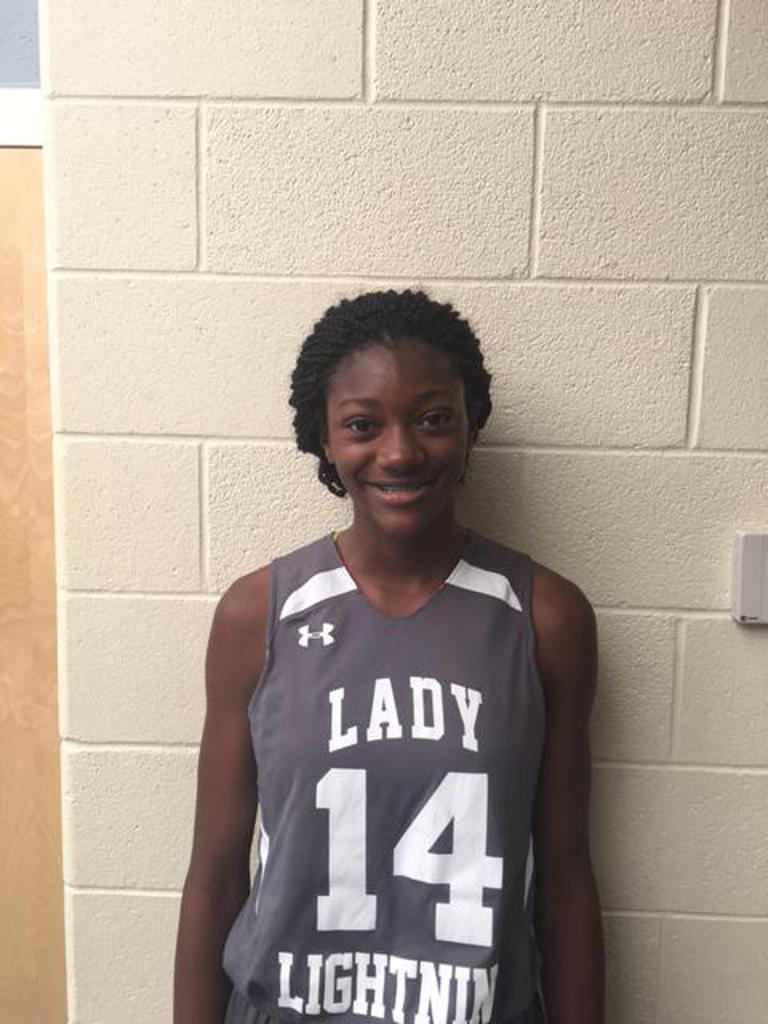 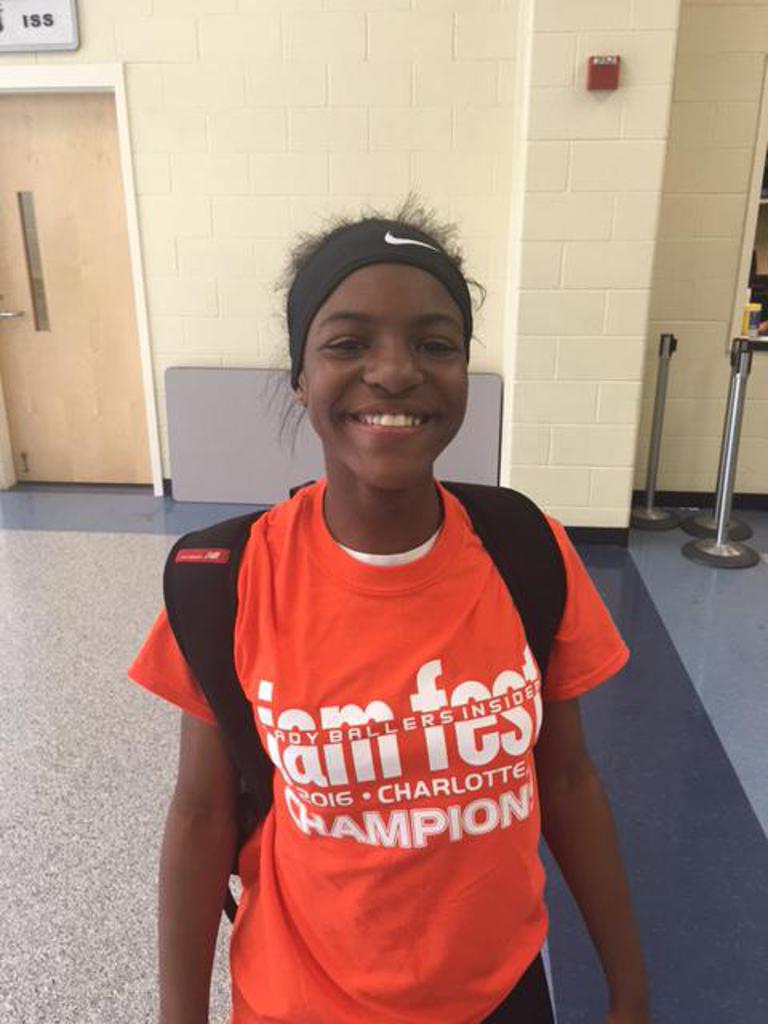