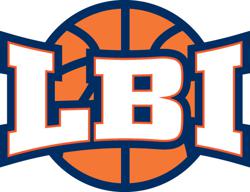 Spring evaluation period of girls basketball is always fun to watch. Its very similar to seeing the growing success and struggles of a toddler. There are teams that open up the season not being able to win a game and end the season taking home championship trophies. LBI was on the road this spring, following some of the biggest and brightest programs and players and it was well worth it. We had some pleasant surprises, and unfortunately a few disappointments.

There are quite a few things that the Lady Baller Insider Team could agree on during the spring evaluation. One of them being the class of 2017 in the state of Michigan is loaded! Standout talents like Destiny Pitts, Samantha Thomas and Deja Church, always played big for their teams and helped lead them to victory. Other players like Kayla Brown, Alicia Smith, Kamaria McDaniel, Tia Tedford, and Maddie Watters to name a few, showed why they are and should continue to be included in the best of 2017 conversations. There were also some players who had their coming out parties this spring evaluation such as Kierra Fletcher, Kara Wilson, and Tyiesha Bowers, amongst many others.

The battle for the top five Michigan travel teams created some great debates and some even better basketball games. The Michigan Crossover EYBL and the Michigan Shock 16U  were consistently at the number one and number two spots. Their battles were always naill biting and down to the wire. The Michigan Storm 16U started out a little rocky but was able to pull it together and eventually claimed the number three spot on the list. Standout guard Jalisha Terry picked up two scholarship offers during the Storm's turn around play. The Michigan Finest, CCE Express-Doneth, Michigan Crossover 15U, and Michigan Sting-Stine always were apart of the top team conversations and have some very talented players on their teams. We are looking forward to seeing their continued growth during the summer season.

Spring evaluation was pretty exciting for everyone, but it was clear that the future of Michigan girls basketball stole the show and played phenomenal basketball. The CCE Express-Doneth, majority 2018 players, consistently played in the 16U division during the spring evaluation. Not only were they competitive, they won. With sharp shooting and smart basketball from Maddie Watters (2018) and Maddie Maloney (2018), this team will continue to make a lot of noise. The Michigan Storm 14U was very exciting to watch and loaded with the state's top 2018 players. This team is growing by leaps and bounds under their new coach Darren McAllister and receiving great play from three of LBI's top ten 2018 prospects Graysen Cockerham, Jaela Richardson and Maxine Moore and top ten watch list players Jessica Bicknell, Janara Flowers and Amanda Ward. Dare we say that they are one of if not the best 14U travel team in the state? Rounding out the top future team list is Michigan Crossover 13U. This team is unique in that it is a mixture of 2019, 2020 and 2021 players. For those of you trying to do the math, that's 6th-8th grade. Despite their young age, they completely dominated the 14U division in every tournament they played and went on to take second place in the 13U division at the Boo Williams National Nike Tournament. Strong play from 2019 players like Alexis Johnson, Jasmine Powell and Olivia Russell, 2020 Jada Walker and 2021 Damya Hagemann, allowed this team to go above and beyond the call of duty. It would be a game of the ages if the Michigan Storm 14U and Michigan Crossover 13U ever had a chance to face-off against each other.

These are just a few highlights that we had the pleasure of seeing this spring evaluation period. If we captured them all, this would easily turn into a shorty story instead of an article. We wish all the travel teams throughout the state of Michigan, our regional counterparts (Ohio, Illinois and Indiana) and all the basketball parents and fans the best of luck and safe travels during the summer evaluation period. Remember, LBI will always be in a gym near you!

Story was written by LBI Senior Writer R.Simone she can reached via email rsimone@lbiscouting.com also follow her on twitter @LBI_RSimone