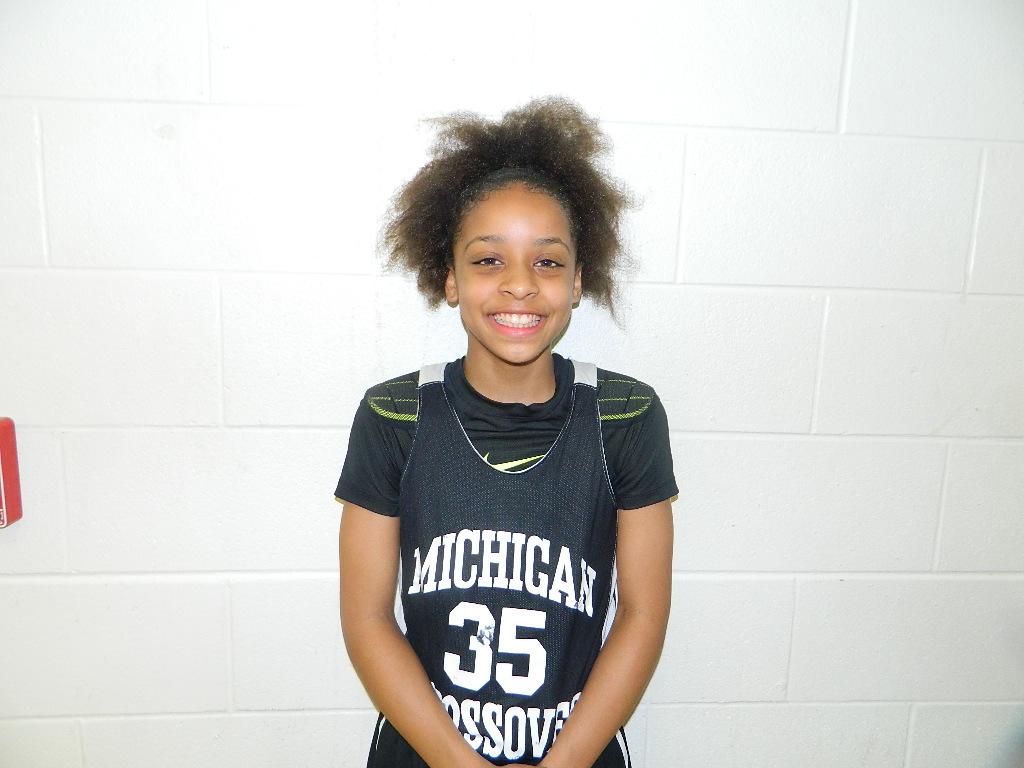 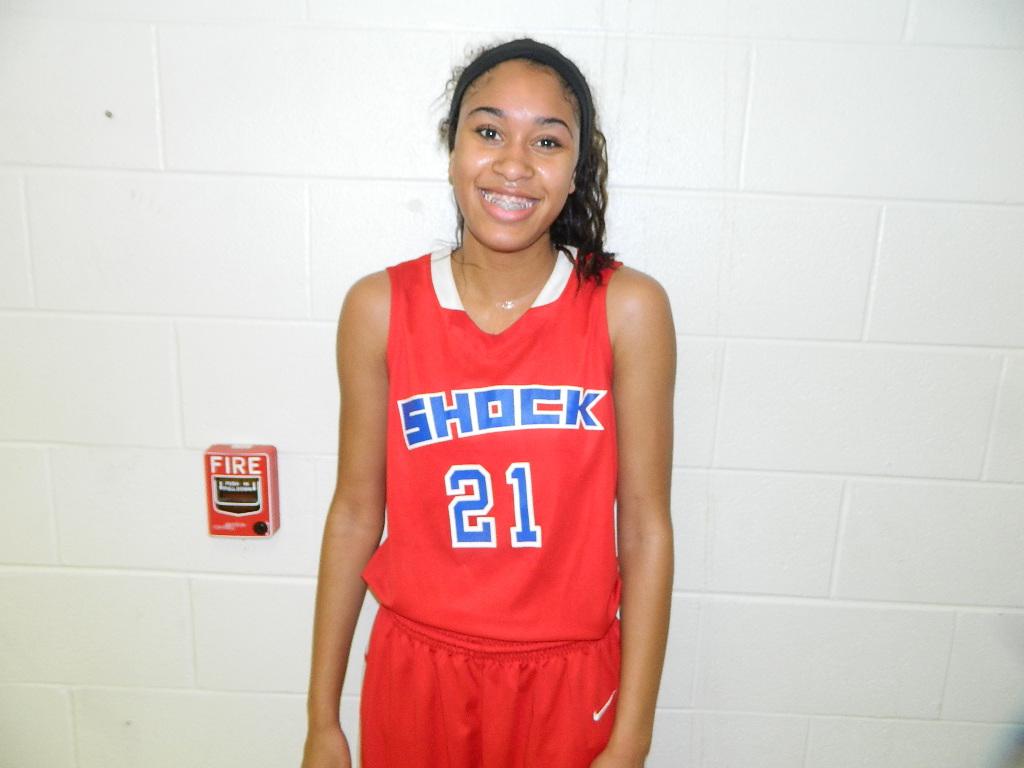 Ann Arbor, MI – The 1st annual LBI Michigan Hoop Fest took place this past weekend in Ann Arbor, MI at Skyline High School. This one day event was a great day of hoops to close out the 2015 spring travel season.

This team will look to continue to keep the winning tradition going in the Shock organization. They have some very good young talent. 2019 players Julia Ayrault, Kate MacArthur and Maize Taylor along with 2018 players Marnae’ Holland and 6’2” post Margot Baer, this team will be very good for a few years.

The Storm played very well this past weekend at the Michigan Hoop Fest. New head coach Darren McAllister in just his second tournament with his new team has some serious talent to work with. 2018 players Graysen Cockerham, Jaylen White, Maxine Moore, Jessica Bicknell and Jaela Richardson are all D1 prospects. Once this team fully understands Coach McAlllister’s up tempo style of play, and continue to build their on the court chemistry, they will be one of the top teams in the Midwest.

They’re loaded with talent from top to bottom. They have beaten teams in various age groups by wide margins, were the 2015 Boo Williams 13u runner-ups and when they play teams within their age group, they look nearly unstoppable. They are led by 2019 standouts Rickea Jackson, Jasmine Powell, Olivia Russell, Alexis Johnson and Del’janae Williams. 2020 Jada Walker and 2021 Damya Hagemann round out this talented group. When it is all said and done this group will definitely be a team that will be talked about for years to come.

Julia Ayrault  2019  6’  Wing  Michigan Shock 14U
Ayrault was very aggressive and proved that she can shoot it from deep. On Saturday afternoon Ayrault was a scoring machine. She has great size, length and mobility for a perimeter player that makes her very effective. She will be one of the top 2019 players in the state of Michigan.

Marnae’ Holland  2018  5’11” Guard  Michigan Shock 14U
Energetic wing that has a nice athletic package and can handle the ball in the open floor is just a short description of Holland. She is a playmaker that uses her strength; which is getting to the rim in transition where she finished with either hand. She also made some good decisions with the ball whenever it was in her hands. Not much of shooter right now, but Marnae’ showed that she could knock it down when left open.

Kate MacArthur  2019  5’6”  Wing  Michigan Shock 14U
This young upcoming player will be fun to watch. MacArthur is a pure shooter that you cannot leave open. She made teams pay all day long when they lost her on the court. She’s a very feisty defender and always finds a way to get the ball, whether it’s fighting for a rebound or diving on the floor for loose balls.

Maxine Moore  2018 5’11”  Post  Michigan Storm 14U
Moore is an undersized post that knows how to use her body to score in the paint. She scored at a high rate this past weekend using an array of post moves that kept her defender guessing and even knocked down several baseline jumpers. She uses good technique to get rebounds as she boxes out every time a shot goes up.

Jaela Richardson  2018  5’11”  Wing   Michigan Storm 14U
Richardson athleticism and her ability to defend was on showcased on Saturday. Her ability as a rebounder and shot blocker from the wing was extremely impressive. She was most effective on the offensive end slashing to the basket and getting offensive rebounds for easy scores.

Graysen Cocherham  2018  5’10”  Wing   Michigan Storm 14U
Graysen is a coach’s dream player. She has long arms that she uses to play great in the lane defense and also gives her the ability to shoot over defenders and knock down the long range three. She is willing to sacrifice her body and dive on the floor to fight for loose balls or stand in the lane to take some contact. Cockerham can defend well in the post and on the perimeter.

Jaylen White  2018  5’10”  Wing  Michigan Storm 14U
White made several tough perimeter shots and was also able to finish off the dribble on several occasions. She is also a solid score from the perimeter that has a chance to be very good. Jaylen was very effective on the defensive end as she got several steals and deflections in her team press defense.

Tris’Styn Williams  2016  6’1”  Post  Stars Basketball
A long skinny post player that does it all on the defensive end; Williams blocked several shots and showed good timing and without fouling. She rebounded well as she kept many balls alive by just out hustling everyone on the floor. With her defensive skills alone, she’s going to make some college coach very happy in the near future.

Mya Garrett  2017  6’2”  Post  Michigan Sting 15U
Garrett is a rim protector at this stage of her career. She was solid on defense as she caused a lot of problems for anyone trying to score in the paint, by using her length to block or alter shots.  She’s improving every time I see her play.

Rhozane Wells  2017  5’5”  PG   Michigan Sting 15U
She showed good poise and quickness with the ball in her hands where she is always in attack mode. Wells used a quick first step to get into the lane to score with a floater or a pull-up jumper. She has improved her three-point shooting where now she is shooting it with confidence.

Jasmine Powell  2019  5’6”  Guard   Michigan Crossover 14U
Powell is very quick and athletic with a high basketball IQ. She uses this deadly combination to control the game and help her team win. Even while competing against players two to three years ahead of her, she showed no fear and was relentless on both ends of the court. She communicates well on defensive and does a great job reading player to intercept passes or pick pockets. She is not afraid to shoot or drive to the basket and possess the ability to finish with contact.

Damya Hagemann  2021  5’ 4”  PG  Michigan Crossover 14U
As a sixth grader, Hagemann is making quite the name for herself on the travel circuit. She is a supreme defender, willing to guard the best player on the opposing team if she is given the assignment. She has great court vision and has the ability to make great passes through the trees that stand in front of her. Damya also has some shake and bake skills and was able to finish quite a few “AND 1s” this weekend.