There Was Several Day 2 Standouts At The Deep South Classic 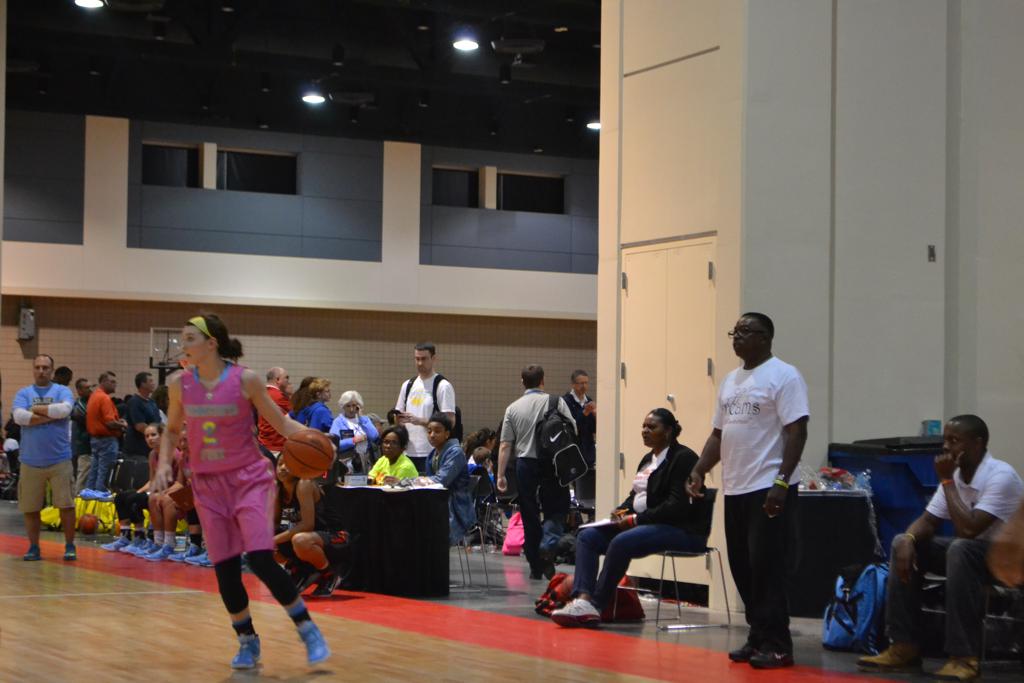 Raleigh, NC – A must for college coaches and scouts to attend is the Deep South Classic; a high powered tournament centered on 20 courts in downtown Raleigh, NC at the Convention Center. With all the talent that these teams possess, there is a chance to see the top players that have made a name for themselves, the up and comers and a few diamonds in the rough.

Jnaya Walker 2017 6’1” Wing Bolingbrook Panthers
Walker’s game improved in every game that we saw her play. She is a scoring forward that can play both positions and also a good defender with length and solid quickness in her first step. Jones handles the ball fairly well, but isn’t a natural ball handler. Great three point shooter, who also showed that she is not afraid to put the ball on floor.

Tayanna Jones 2018 6’ Wing Blue Star Carolina
Jones is a raw but talented combo guard who is starting to come into her own as wing play-maker. Shifty with her handles, she can attack the rim and shoot over her opponent with her length. Tayanna showed a good touch around the basket and from the mid-range level.

Liv Korngable 2017 5’9” Wing Minnesota Fury Blue
Korngable was the best shooter that we saw in the gym today. This pure shooter knocked down 4 three points in the first half of her game against Hoop Dreams. When defenders closed out on her, she had the mind set to pump fake for a nice one-dribble pull up. Very unselfish, Liv passed up several open shots to feed her post players for easy layups.

Kasiyahna Kushkiyuah 2017 6’4” Post FBC MO-15u
Kushkiyuah did not score a lot, but was a monster on the defensive end. She started her work by blocking shots at a high rate and really controlled the boards. When she did score it was by overpowering her opponent to get offensive rebounds for several put backs.

Kristin Scott   2017   6’2”   Post Minnesota Fury Blue
Scott has a nice touch around the basket. The long lanky athletic post showed that she has good hands as she ran the floor and caught passes that were out of her reach. She had the body control and jumping ability to finish the plays and not create turnovers. A good defender, Kristin uses her quickness to beat her opponent to the spot and her athleticism to get rebounds.

Story was written by LBI Scouting Director Jason Wilkins you can reach him via email jwilkins428@lbiscouting.com also follow him on twitter @LBInsider