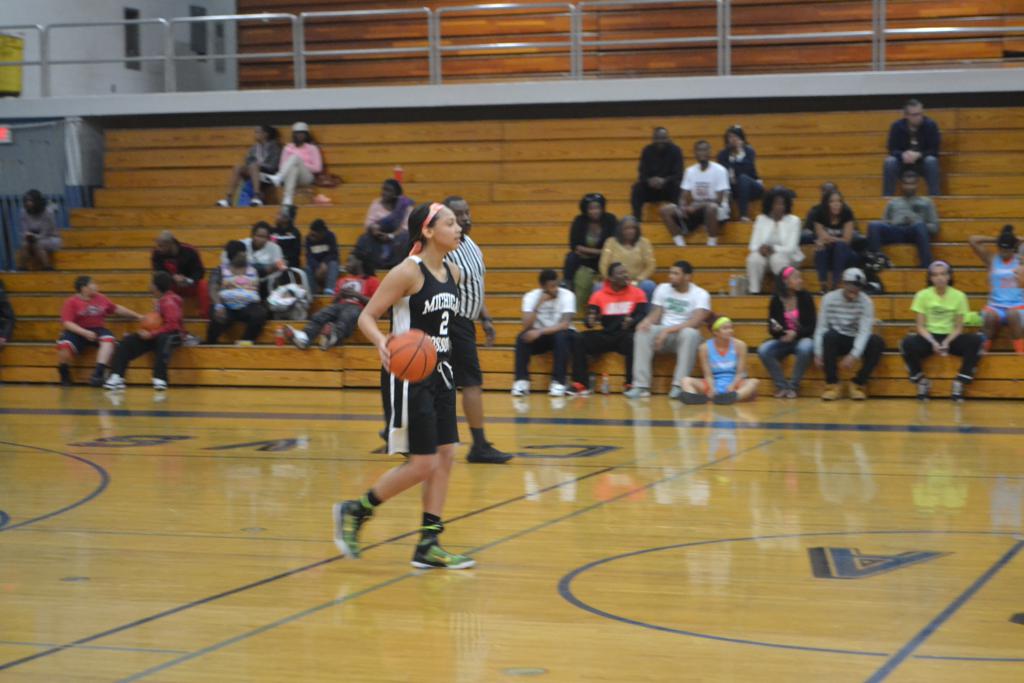 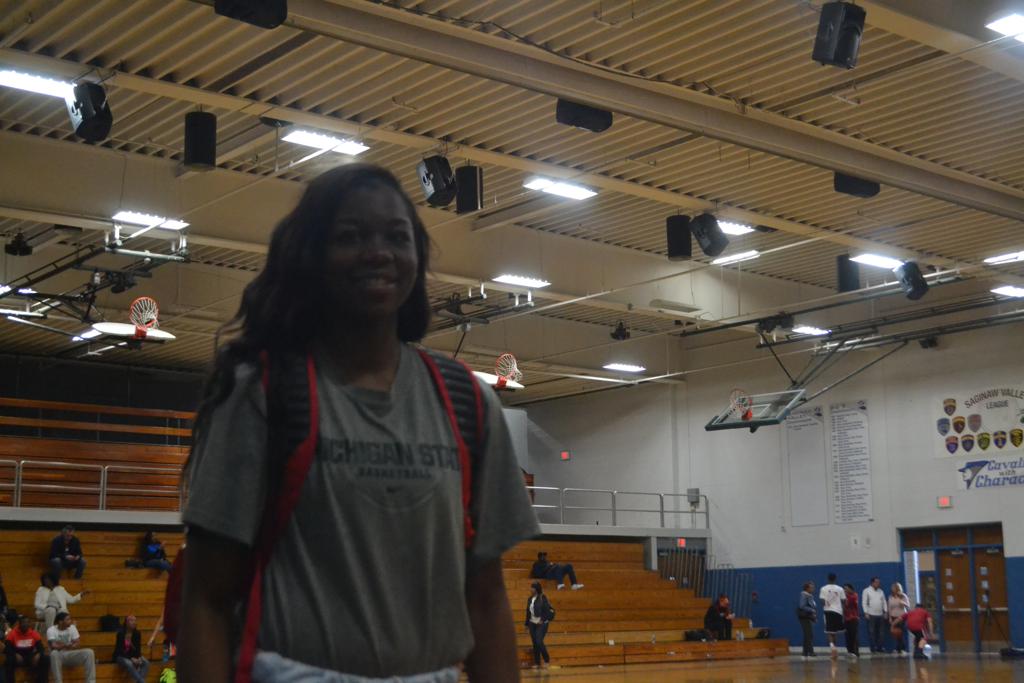 Kysre Gondrezick  2016  5’9”   PG  Michigan Crossover
Gondrezick was the top player at the event but at no surprise to our team. She scored in bunches, either getting to the rim or knocking it down from the perimeter. She was very strong with the ball in her hands and is a willing passer with excellent court vision. Kysre dominated the competition showing everyone why she’s a major recruit for some of the nation’s top programs.

Mardrekia Cook   2016  6’ 0"  Wing   Michigan Finest (Michigan St.)
Cook showed us why she’s one of the best players in the state. The Michigan State commit aggressively drove the ball to the basket from the wing, as she was able to finish through contact and draw numerous fouls. She also showed off her athletic ability by blocking several shots and getting steals to lead the break where she knows what to do when she gets it. Once she puts it all together, the sky is the limit for her.

Jalisha Terry   2016  5’5” PG  Michigan Storm
Tough as nails, Terry did all she could do for her team this past weekend. She played nearly every minute of each game and still held her own, proving that she’s one of the top players in Michigan’s 2016 class. She was very solid in all phases of the game as she scored when she had to, but was able to also set up her teammates for scoring opportunities. Jalisha was superb at handling the ball with little to no turnovers, even though she was under constant defensive pressure in every game.

Siyeh Frazier  2016  5’9”  Wing   Michigan Crossover
Frazier made herself very comfortable at the free-throw line this weekend because it was tough for defenders to stop her from getting to the rim. With her length, speed and athleticism, they often had no choice but to foul her. Siyeh often made them pay for that decision by making the majority of her free throws. Frazier knows her game and she sticks to it. Her strength is attacking at all times and creating plays. Underrated defender where she was always guarding the opposing teams best player and she made it very difficult for them to have a good game.

Morgan Villemure  2016  6’1”  Post  Michigan’s Finest
Villemure was very effective at using her body to get good position on the low block and finishing with either hand. She also is a very good shooter from the perimeter where she made a couple of three pointers off the catch or off a pick. She’s a very good player to have on the court as she makes it difficult for post players to sit back in the paint because of her ability to stretch the defense.

Destiny Pitts  2017 5’10” Wing Michigan Crossover
This weekend, we saw the Pitts LBI watched in the MHSAA semifinals game. She hit numerous shots all tournament long. She showed off her ability to step back, create space and still hit the shot. Destiny has a high basketball IQ and is more than just a stand still shooter. She is an all around basketball player that simply just gets the job done.

Hailey Leidel  2016  5’9”  Wing  Michigan Storm
A real zone buster, Leidel made some big shots in several games to help lead her team to the Championship game. She has a natural shooting stroke out to 25 feet and when she is left open she knocks them down at a high rate. Very underrated ball handler, she showed that she can  handle the ball well in the open floor.

Alisia Smith  2017  6’4”  Post  Michigan Crossover 15U
Long and athletic player that runs the floor like a guard; Smith is getting better every time that we watch her. She scored in the paint using strong post moves, transition layups and even knocked down a couple of 15 foot jumpers. It looks like she’s getting more comfortable in her offensive skills, which is scary for opponents. She’s a force on the defensive end where she was altering or blocking shots. Her stock continues to rise after every event.

Edecia Beck  2018  5'10" Wing  West Michigan Drive
Beck showed her strength and agility this weekend. She is very strong and does a great job crashing the boards and battling for rebounds. Although her primary position is the post, she was very comfortable guarding the wing and also playing on the wing offensively. Edecia did a great job running the court and being where her team needed her to be.

Mikah Cromwell   2017  5' 10"  Wing  West Michigan Drive
Mikah is very well poised and kept her composure under pressure. She did an awesome job getting to the basket to get easy shots or create baskets for her teammates. She is well disciplined and did all the little things players often forget to do like boxing-out, following her shot, and talking on defense to help her team win. She is not afraid of contact and often was able to get to the rim for second chance opportunities because of this.

Olivia  Russell  2019  6' 0"  Post  Michigan Crossover 14U
Russell is the quiet storm of her team.  This actually may have been the element of her game that made her so effective. She did not create a lot of audible noise, nor did she have to be dramatic in her body language. She simply just did what had to be done. Her long frame allowed her to be very disruptive on defense,  interrupting passes and blocking multiple shots.  She's not afraid to guard her opponents one on one either. She moves well laterally and was able to pick pockets and get easy lay ups on several occasions.  If she keeps developing, Olivia will be a player that teams will hate to see step on the court.

Kierstan Bell   2019  6'1"  Post  LeBron James Lady Stars
Bell was without a doubt the best 2019 player in the tournament this weekend. Able to play all 5 positions, she showed that she can shoot the three, handle the rock, and give opponents nice low post moves if needed. She is also a great defender, altering many shots with ease and grabbing tons of rebounds for her team. Kierstan has a high court IQ to accompany her skills, making her a "beautiful nightmare" in the basketball world.