6'4" Bridget Hintz Is Making A Big Name For Herself 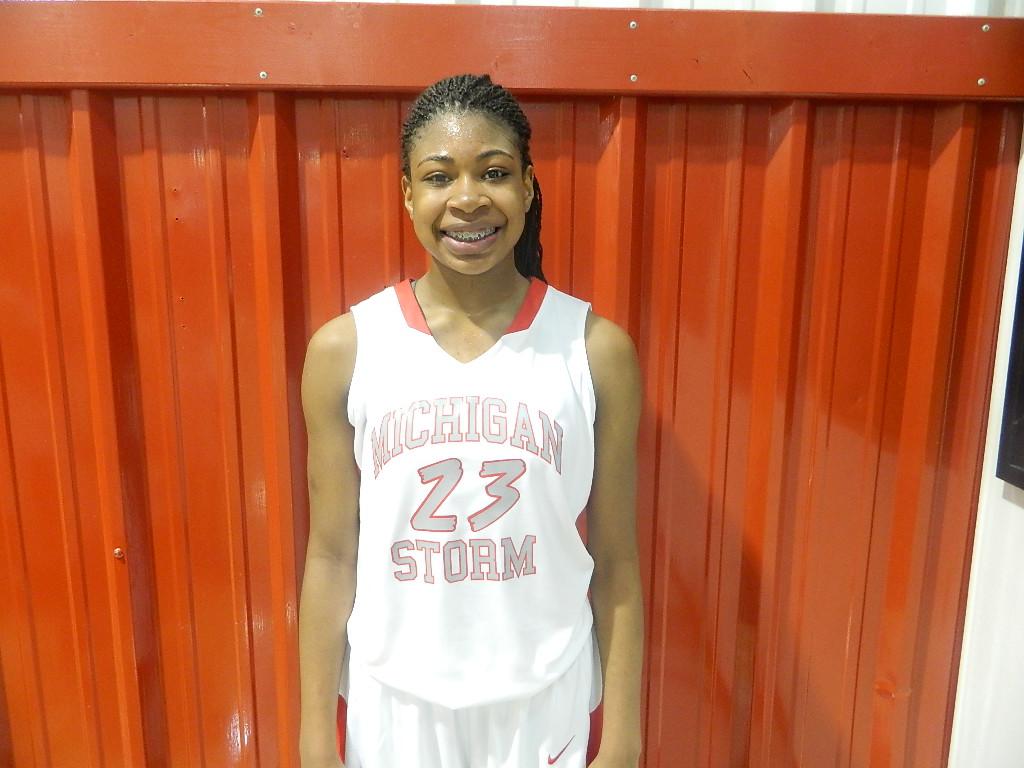 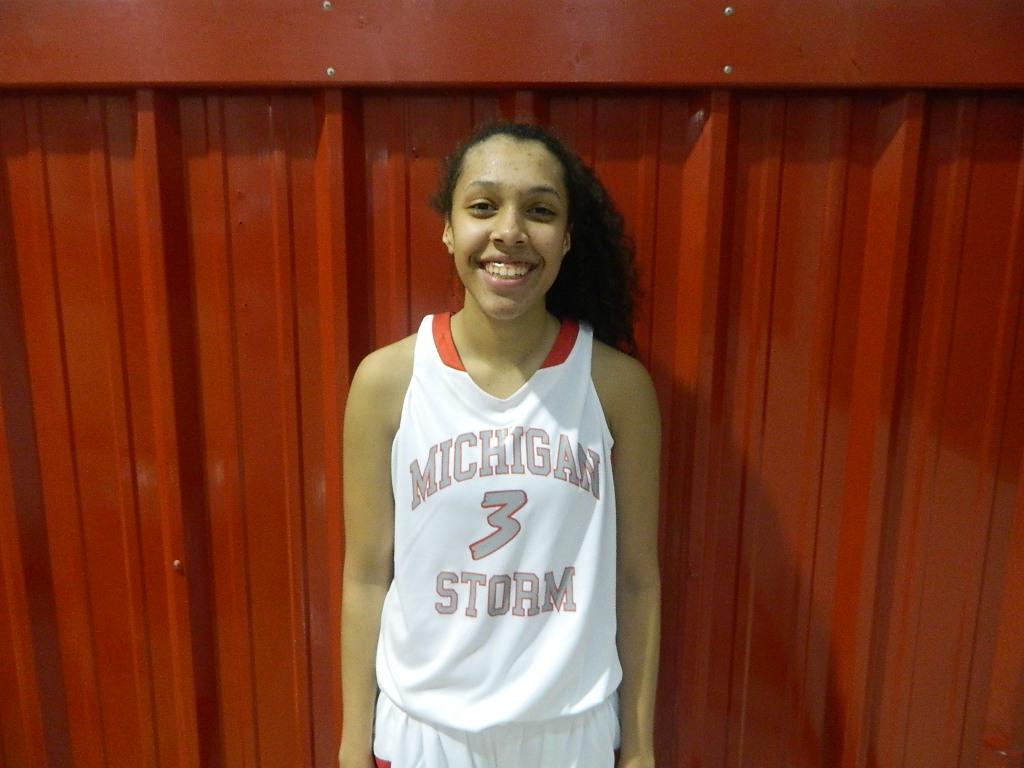 Ft. Wayne, Indiana – This weekend some of the biggest and brightest Midwest teams gave us a sneak peek of what we will see on the travel circuit this year at the Spiece Fieldhouse for the USJN Midwest Qualifier. Representing Michigan were the Michigan Shock and Michigan Storm. They faced off against teams from Ohio, Illinois, and Indiana, including the home team, the Indiana Lady Gym Rats. The Michigan Shock was able to capture the 17U championship after defeating the Lady Gym Rats – Green, 63-38. The Shock’s biggest competition this weekend was their fellow Michiganders, the Michigan Storm. After a back and forth, up and down game, the Shock’s aggressive defense prevailed and they walked away with the victory.

Indiana Midwest Finest 15U may have changed their sponsorship from Adidas to Under Armour, but they did not change they’re great playing style and hustle. This young team dominated their division all weekend and they did it playing smart, hard-nose basketball. They were able to take home the 15U championship by defeating the Lady Gym Rats 53-44. Led by 2019 guard Rikki Harris, look for great things from this team.

Michigan Storm 14U was very impressive this weekend. They are quick, athletic and loaded! This team has several weapons that can execute and score at any time and they are not afraid to play scrappy and intense defense. 2018 guards Jessie Bucknell and Amanda Ward and forwards Graysen Cocherham, Jalen Richardson and Maxine Moore, are just the start of this young and talented team. With so much potential from top to bottom, look for this team to make noise until their last travel ball game of their high school career.

To be so young, this kid plays far beyond her years. She affected the game on both ends of the court and showed that her basketball IQ is pretty advanced. Harris can score, defend, pass, see the floor and is willing to crash the boards and rebound.  She did a very good job of playing whatever role her team needed her to play throughout the entire tournament.

Richardson was very active on both ends of the court. Her long arms allowed her to rebound and block shots with ease. She is a tough kid, not afraid to get on the ground and go for the loose ball or attack the basket, finishing around the rim with contact.

Graysen has the size, athleticism and versatility on the basketball court to be a very good player. She is very effective using her length to clog passing lanes and rebounding on both ends. Cockerham shot very well from behind the arc from either spotting up or off the dribble. She also showed that she has the ability to create her own shot; the perfect combination for a wing forward.

Tough, aggressive and great on the ball defense are some great words to describe Bowers. Able to play both the point and off guard, she was able to be a leader for her team on both ends of the court. She goes strong to the rim but is also capable of shooting the long shot.

Brown was a strong force this weekend on the offensive end of the court. With a collection of moves in her arsenal, she was able to maneuver threw defenses and finish with contact around the rim. Brown is also a strong shooter. Her pull-up and three point range percentages were very high and toxic to her opponents.

Fletcher scored the ball well, as always, but she also showed she can make plays and find teammates. When the Shock went on a couple of big runs, Fletcher was responsible for either scoring or assisting on every basket and also got key rebounds and steals. With a great frame and athleticism, she can sometimes turn into a volume shooter. There is no question that she can score the ball.

Hitz is a tall and mobile front-court force that held her own against a talented Michigan Storm frontline. She was very effective using her length to block and alter shots inside. We really like her ability to run the floor and score inside the paint. Bridget is a very intriguing prospect that already has very good size and appears to have a lot of growth left. She has no offers as of now, but we are confident that will change after the April evaluation period.

Terry did a good job of changing speeds to blow by defenders. She shot great from the perimeter and got to the rim at will.  She has a good feel for the game and is sufficient at creating her own shot.  As we evaluated the play of those around her, Jalisha really stood out as one of the elite players this weekend.

Bailey is not afraid to shoot it from deep even with a defender’s hand in her face. In the game vs. the Michigan Storm, Thomas came up huge hitting 5 spot up 3-pointers. She plays her tail off every play and is constantly crashing the boards on both ends. She is a good athlete that has shown remarkable improvement on her ball handling; which will need to continue to improve along with her attacking to her left.