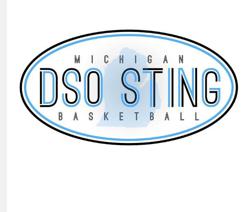 The Michigan DSO Sting Girls Basketball Organization, formerly known as the Ypsilanti Sting was founded in 2006. The Michigan Sting was originated to offer the opportunity for girls to develop skills while playing the most competitive teams around the country. The Sting is perfectly positioned to realize its mission of providing young women STUDENT athletes grades 4th-12th an opportunity to develop fundamentals in basketball, while receiving exposure competing against the best athletes throughout the United States. The key to the Sting’s success rests with the focus on basketball fundamentals at all grades. The Sting has partnered up with DSO (personal trainers) to even further enhance the individual skills of our players. The Sting is known for their relentless defensive pressure.

The Sting had great success last year as they went 23-3 in July. The Sting won the coveted Run for the Roses, Midwest Summer Showcase, and the Summer Final Midwest. The Sting is sponsored by Under Armour and participates in the GNBA League.