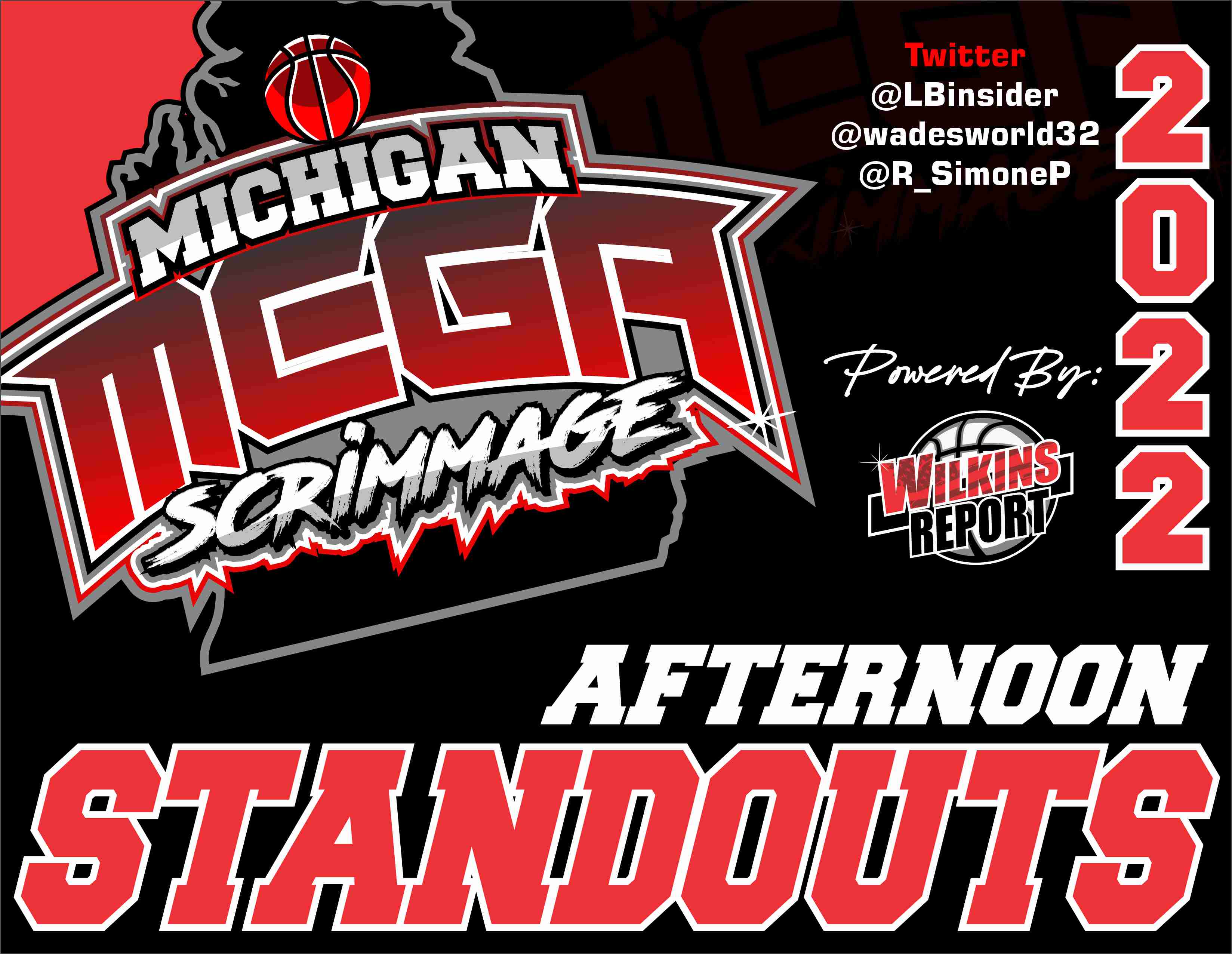 Chelsea, MI: Preparing for this upcoming season takes a lot of hard work and practice. Preseason scrimmages allow teams to get game speed practice while working out last minute kinks and needed adjustments. The Michigan Mega Scrimmage allowed LBI to get a sneak peek at some of the preseason top ranked teams and new faces on the roster of a few young and talented squads.

West Bloomfield
West Bloomfield went from being a hunter in the Division I bracket in just one season to the hunted. After a very impressive 2021-22 season and winning the state championship, the Lady Lakers have the spotlight on them and a very high bar to maintain. I don’t think that will be an issue for them. They are a strong, aggressive, and defensive minded team. Loaded with talent, they have several offensive threats and strong rebounders. Led by the talented Davis Twins 2024 (Summer and Indya), Hendrix sisters (Sydney 2023 and Kendall 2024), and a strong coaching staff, West Bloomfield will have another incredible season on their way back to the Breslin.

Ann Arbor Gabriel Richard
Small in size, but that’s about it; Gabriel Richard had a great day. They are scrappy and tough, and they play together. They did not back down or shy away from contact or a challenge. One thing they consistently did was encourage each other. A simple thing that has a significant impact on a team’s performance and chemistry. 2026 Rodriguez Twins (Vanessa and Ava) was the pulse of this team. Don’t be fooled by their small 5’4” frames. They are feisty and smart on both ends, and their team feeds off of their energy.

Lowell
Playing against Lowell was like trying to play a pick-up game in the forest. The one thing constantly heard around the gym was, “Have you seen the length on that team?” From the shortest player to the tallest player, they all have long stretches and incredible wingspans. They use those long arms to their advantage. It is hard to block their shots, especially at the rim, because the ball is so high. On defense, rebounds belonged to them, and I am positive they had the highest shot block percentage for the entire scrimmage. Led by outstanding play from Aubriegh Oswald 2023, Lowell will be a great team to watch this season.

Midland Dow: Quiet and discreet but tough and focused, Midland Dow had a strong showing. Look for them to kick up some dust in the Saginaw Valley-North conference.

Saline: Another team loaded with height and a lot of length; Saline was not a pushover squad. Once they are fully back in the swing of things, they will make a nice run.

Rochester: Rochester was a pleasant surprise. They have a few offensive threats that could help them get some big wins. Working hard on every possession and getting in great shape will decide between having a good season and a great one.

Destiny Washington 2024 | West Bloomfield
Destiny is a great floor general that is effective in more ways than one. She attacked the gaps, found the open man, controlled the tempo, and knew when she needed to make a play. She’s a tough on the ball defender and advances the ball well in transition. She’s a coach’s PG dream, for sure.

Ava Hurts 2024 | Lutheran North
They say the smallest player on the court is usually the toughest player on the court. That is very true when it comes to Ava. She took some scary contact from much bigger players and popped up like it was nothing. During warmups, when some teammates were laughing and joking, Ava had a serious face and demeanor. She stayed on track and was never distracted. Ava's veins ran cold when playing against physically and aggressive teams and her heartbeat remained the same. She was focused and not intimidated at all. If every team had two Ava’s on their team, I would never miss a high school game.

Braxcynn Baker 2024 | Lowell
Braxcynn was another impressive tough player that took some big hits and kept going. I love her energy and attitude. She knows what she is capable of and believes in her team, and it shows. She’s a shooter that can also get in the paint and make great decisions with the ball. Braxcynn is not only physically tough, but she’s also mentally tough. I heard her say to a teammate, “That play is over. Let’s go!” You gotta love that mentality.

Alice Max 2025 | Rochester
Alice is a solid player on both ends. She can play at the rim and on the perimeter. She finished strong with contact on more than one occasion. She can run the floor and battle for rebounds. As she gets stronger and more comfortable with her skill level, understanding just how good she is, she is going to be a real problem.