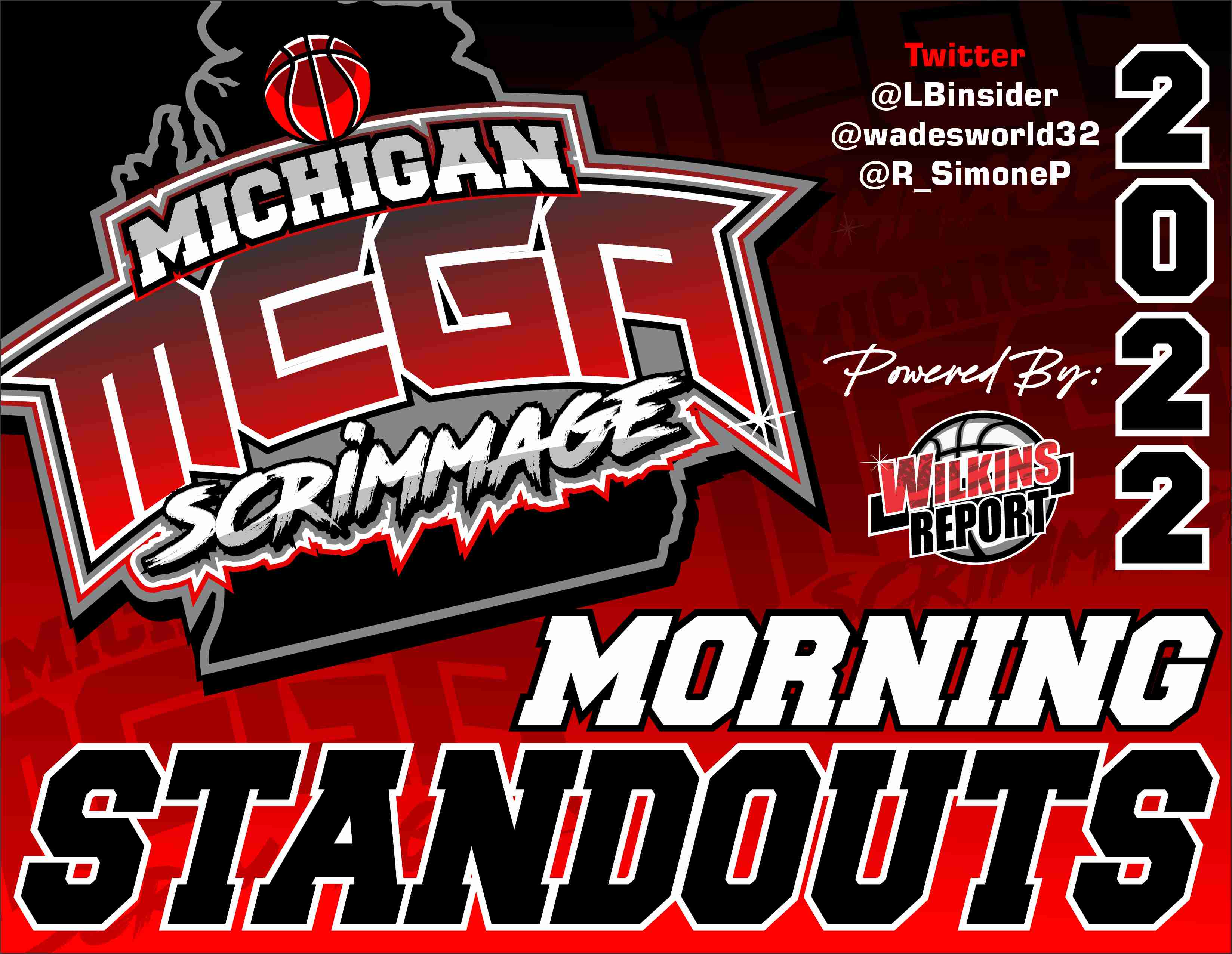 Chelsea, MI: Preparing for this upcoming season takes a lot of hard work and practice. Preseason scrimmages allow teams to get game speed practice while working out last minute kinks and needed adjustments. The Michigan Mega Scrimmage allowed LBI to get a sneak peek at some of the preseason top ranked teams and new faces on the roster of a few young and talented squads.

Detroit Edison
No one in the history of Michigan girls’ high school basketball has had a run or the level of success as Coach Brown and the Detroit Edison program. Three state titles and four consecutive Miss Basketball recipients in 5 years. Many have questioned if the program can continue to be a top-tier team in the state. They shouldn’t! Detroit Edison is still loaded with talented high-level players and excellent coaching, and they want to win. With returning players like 2023 Dakota Alston (Morgan State), Devin Hagemann (2024), and Na’Kiya Bonner (2024) setting the tone for the younger talent, be sure that Detroit Edison will once again have a very impressive season.

Kings Christian (Ontario, CA)
Impressive in every position and aspect of the game, Kings Christian made every opponent they faced step their game up. They were physical on defense and aggressive on offense. Their players are athletic and not easily intimidated. 2024 Jasmine Bascoe has game. Whether it was a step back long jumper or an up & under layup under the rim, she got it done. 2023 Summer Neale has a motor that never slows down. She’s smart and a defensive specialist.

Belleville
Belleville might be young, but they are hungry. They play hard and with a lot of passion. They communicate and feed off each other. Whenever a team has a team with a lot of heart, talent, and the will to want to get better, watch out! 2024 Daria Shelby was the sleeper on the squad. She can shoot, made great defensive plays, and was able to switch positions on both ends of the court. The Buschell sisters (Jaya 2023 and Rylan 2025) are floor leaders. Rylan is the team’s floor general, while Jaya is the defensive muscle. 2026 Se'Crette Carter is a bonafide shooter from deep who has a chance to have a massive year in Belleville's uptempo system. 2023 Foward Aniyah Stone-Palmer (Southwest Christian College) is another solid piece to this Tigers squad. Don’t be surprised if Belleville pulls off some big wins and makes a great run in playoffs this season.

Wayne Memorial
They are coming off back to back Division 1 Final Four appearances. Wayne Memorial is poised to make another state title run. Led by a pair of senior wings, Mayla Ham (Georgetown) and Paris Bass (North Dakota), along with talented sophomore PG Colleena Bryant this team will be one of the top teams in Division 1 all year. 2026 guard Morgan Smith is a bucket getter, giving them another scoring option. If the Lady Zebras can focus and be committed to closing out games and consistent scoring, they will be back at the Breslin, this time cutting down the nets.

Chelsea: This team should not be underestimated. They have excellent guard play and a few shooters. With talented players like 2024 Leila Wells and 2025 Avery Lay, look for the Bulldogs to make a deep run in Division 2.

Detroit Renaissance: With a somewhat young and very talented roster and a new coach, Renaissance may spend the first part of the season working out some kinks. If they find a rhythm, it could get exciting in Division 1.

Lansing Catholic: The Cougars are talented and well coached. The Richards sister is ready to take the Cougars to the next level. Add in PG Gabi Hollowell and Forward Faith Jungwirth, Lansing Catholic will be a force in Division 2.

Avery Miller 2024 | Caledon Basketball Academy
Avery is a defensive nightmare. She is good at so many things and very versatile in her play. She’s an aggressive playmaker. She has excellent court vision and did a magnificent job reading the defensive and creating scoring opportunities for herself and her teammates.

Madison Morson 2024 | Plymouth Salem
Madison plays hard! Rebounding and fighting for every loose ball, setting tough picks, getting easy buckets at the rim, and being her team’s energy source pretty much sums up her play. She is probably the nicest pitbull you’ll ever meet. (If you know…you know)

Mayla Ham 2023 | Wayne Memorial (Signed w/Georgetown)
Mayla is a solid athletic player who showed she could be effective on both sides of the court. She has a quick first step and an excellent shot selection. If the scrimmage is a reflection of the level of play she will be giving this season, don’t be surprised if you see her name on the list of potential Miss Basketball candidates.

Leila Wells 2024 | Chelsea
She has the speed and the IQ that impactful players need to be game changers for her team. Leila reads the floor and sets her team up for the best scoring opportunities. She is a strong defensive player and can also knock down shots from deep. She has a high motor and a lot of heart.

Toby Fournier 2024 | Crestwood Prep (Toronto, CA)
With long arms and creative moves off the bounce, Toby gets it done. She showed she could be an offensive threat in multiple ways, including finding the open man on the court when she was double teamed. Fournier runs the court and rebounds strong. She definitely left her mark yesterday.