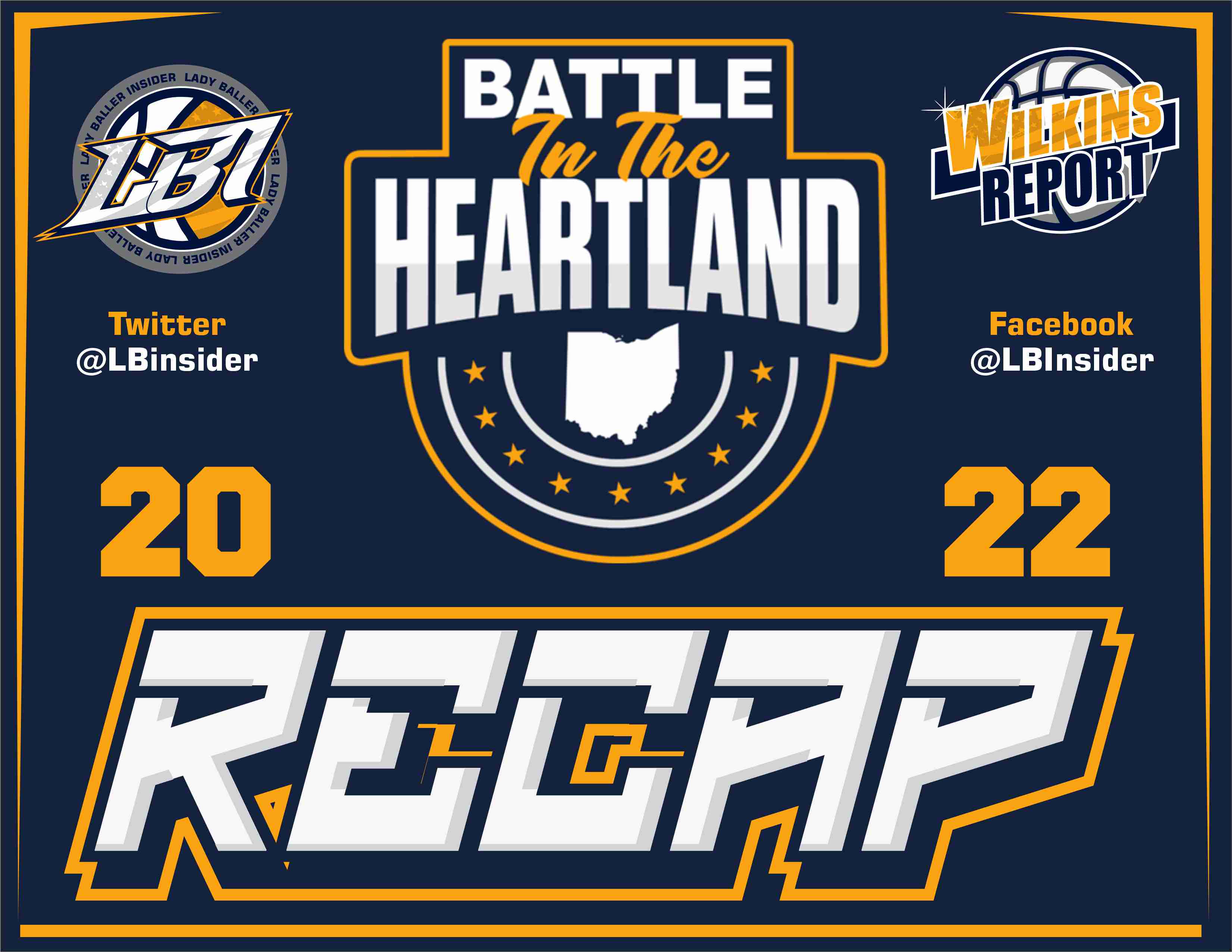 Cincinnati, OH: Time to get tuned up for the various national independent and shoe brand tournaments. Time to implement or throw away those plays. Time to get your mind right for the grind of showcasing yourself and your program. Time to make the blood, sweat, and tears count. Battle in the Heartland was the place to do just that. Here are a few young ladies that stood out…

️2024 Mariah Watkins SG | I-90 Elite 2024
I’m ever impressed with Watkins game as she pulls back the layers of her game for me every time out. This time she was silky smooth from three and scored a few baskets on the interior. As a guard, she has great size and was very good on the boards. Watkins was also aggressive on the defensive end, using her length and toughness to defend the basket.

️2025 Camdyn Nelson PG | Empire State Basketball Club
So impressed with Camdyn Nelson. She has pressured all game but never gave in. She was run over but quickly got up. She answered the bell time and time again. Besides her toughness, she finished everything around the basket and even made a bomb from beyond the arc. So poised. So focused. So good. Kid is going to be champion as she plays championship basketball.

2024 Elle Brushcuk SG | Illinois Lady Lightning Select
Brushcuk has a solid all-around game in that she was able to have an impact in multiple facets of the game. She made the right play, got the big rebound, and scored the big basket. She wasn’t the fastest or most athletic, but her impact on the game was undeniable. Simply put, Brushcuk is a winner.

2024 Seini Hicks PF | Legends U
Seini Hicks is aggression personified. She’s the Legends U 17U machine engine that rolled through the completions at Battle of the Heartland. Hicks did all the dirty work as she got offensive rebounds, deflections, loose balls, and knocked some other balls loose. She’s was and is a handful, and every time she hits the floor, you know you’ve been a physical battle.

2024 Reagan Jamison SG | NW Select
Sometimes it’s about getting hot at the right time, and Reagan Jamison did just that, making three straight triples in a span of 5 minutes to give NW Select a lead they would not relinquish late in the 2nd half. Jamison shot the ball confidently as it seemed the Wolverinas gave her space to shoot early. But I’m the end, Jamison made big shots to help her team get one.

2024 Jordan Lee SG | Jason Select
Jordan Lee was showing off the post game today. She barried whoever was behind her and finished. Lee slashed from the perimeter and was unstoppable in transition. Jordan Lee’s business like approach is going to serve her well at the next level. She’s an amazing basketball player.

2025 Madison Parrish  | PG Legends U
The big guard takes care of her team but finds a way to insert herself as she can score in bunches from all three levels. Her length serves her well on the defensive end as she does a little bit of everything well defensively. I love the pace she plays, as she was always under control. Parrish plays beyond her years.

LBI Speed Round
Need guards? Empire State Basketball Club 15U has them for you…interior passing is a luxury; if you have it, consider yourself blessed…when you have elite players that play hard, it really separates the wheat from the chaff…was awesome seeing Legends U Malaya Collins break out from beyond the arc…it really is the simple things, do them well…Lady Martin Bros 2023 Halli Poock is one of the toughest and most relentless guards I’ve ever seen.