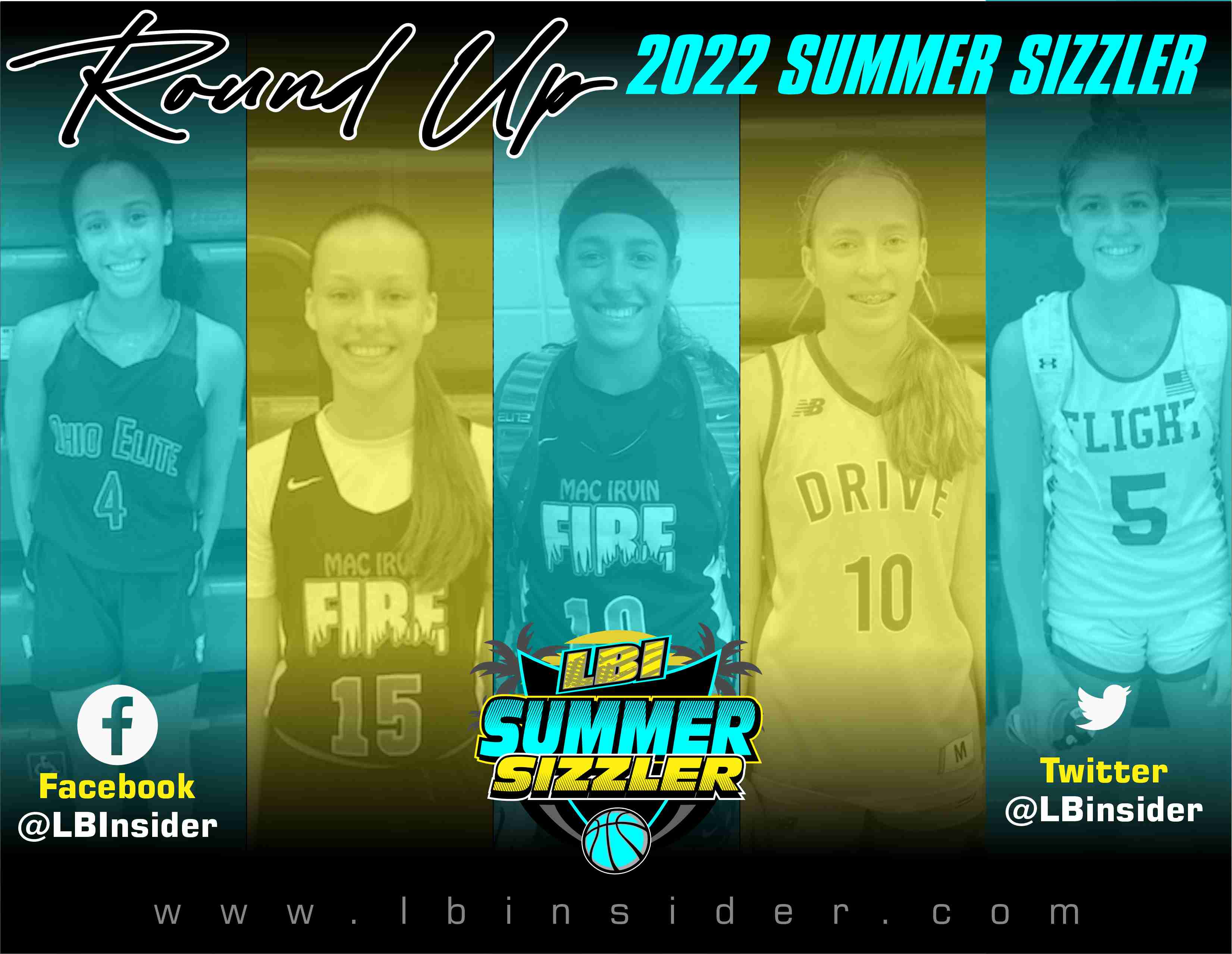 Marianna Jones 2026 Wing | Michigan Crossover 15U EYBL
Jones was super aggressive, attacking the basket under control using her strong frame and a nice touch to finish through contact. She played with a great motor, making hustle plays, rebounding the rock, and showed a nice ability to be effective in putting the ball on the floor.

Rylan Buschell 2025 PG | Michigan Crossover 15U EYBL
Rylan Is a true floor general, and she did a great job running the show for her crossover squad. She has great vision and a nice handle, and she makes passes well beyond her years. She did a great job knocking down the three ball and being aggressive in getting into the lane.

Anna Wypych 2025 Guard | West Michigan Drive 2025
Anna is a very versatile guard with great size, great vision, and a great feel for the game. She did a great job attacking the hoop for either a bucket or making a nice pass to a teammate. She is deceptively quick and has nice creativity off the bounce.

Lily Zeinstra 2024 Guard | West Michigan Drive 2024
Lily is super nice, and today she showed that even playing up, she is ready for the big stage. Lily has a smooth never, rattled game who gets to the basket for easy buckets or hits threes from deep. She rebounded the ball very well at the guard spot and pushed the rock in transition, making the right read off the bounce. Coaches, if you have not seen this young lady play, you might want to make it a priority; this girl can GO!!

Aaliyah Guyton 2024 PG | Mac Irvine Fire
Guyton is the real deal!! she has the confidence, swagger, and the ability to match, which makes her extremely tough for any team to deal with. She has an exceptional handle, a great basketball IQ, and the flat-out ability to make any shot on the floor. What I love most is that she takes just as much pride in her defense as she does her offense; scary to think she is only a 2024!!!

Dakota Alston 2023 Guard | Michigan Crossover 17U EYBL
Dakota works extremely hard every game; she is relentless on defense, flies up and down the floor in transition, and lights out with her lefty three or hitting the pull-up jumper. Today she was her usual self, making hustle plays, scoring the rock, and locking up on defense. Dakota will be a huge asset to whatever program is lucky enough to get her.

Kate Starkey 2025 PG | Michigan Premier Willis
Kate is a gutsy, quick guard who doesn’t know what back down means. Size means nothing to her; she gets in the lane, takes the contact, and finishes in traffic, and when they give her space, she calmly hits threes from all over the floor. Kate seems to get better every time I see her; she is confident and comfortable handling the rock under pressure and has become a very nice playmaker.

Ava Mallar 2025 Guard | Michigan Factory 2023
Ava is a guard that has the poise of a senior. Playing two years above her age group, she shows big-time maturity in her game. She can catch and shoot on the perimeter, handle the rock, and make great transition decisions. In the half court, she is able to play physically on both ends of the floor, rebounding and finishing through contact.

Ashlyn Moorehead 2025 PG | Michigan Premier Willis
Ashlyn is low key one of the important pieces to the very good premier team. She does all the little things very well, and she has the handle to be a lead guard and can shoot it well enough to play off the ball. If she is not crossing someone over to get a bucket, then she is dropping a sweet dime to a teammate for two.

Imani Frazier 2025 SF | Ohio Elite 15U
Imani is a special talent. She gets it done inside and out. She is a physical presence on both ends of the floor, but she also possesses a finesse to her game that allows her to score the rock and make some nice passes off the bounce. She is a terror rebounding the ball and seems to get better each time.

Xyanna Walton 2026 Wing | MAC Irvin Fire Black 2025
Xyanna has some game and all the intangibles to be the next big thing in the Fire program. She can shoot it, create off the bounce, and does a great job using her length on both ends of the floor to affect the game. She does a great job of letting the game come to her and taking what the defense gives her, which is usually not a trait for a girl who has not even started high school yet. She definitely has next!!!

Kendall Carruthers 2023 Guard | C2K Thunder
Kendall is a super quick guard with a tight handle and a lot of wiggle in her game. She uses her elite handle and speed to get in the lane and cause havoc on the defense, she also has a nice pull-up game to compliment her drive.

Nakiya Bonner 2024 PG | Michigan Crossover 16U EYBL
Kiya, played some of her best basketball as a true PG at the Sizzler. She showed off her sweet handle along with an elite vision to drop some nice dimes to teammates. She did a great job playing down- hill keeping her defenders on their heels the whole tourney.  Kiya has all the flash to wow the crowd, but if you pay close attention, she also has the fundamentals to get the job done!

Adelaide Mcleod 2023 Guard | Mac Irvin Fire Godfather
SHOOTERS SHOOT is the saying, and Addie definitely lives by that motto. No shot too deep for this sniper; she does a great job running the floor, finding her spots, and letting it fly. More than just a shooter, she does a great job in the Fire pressure defense, pressuring the ball and jumping the passing lane.  With the loaded guards on her roster, she doesn’t have to handle the ball that much but showed you can handle it just fine when she needed to.

Chloe Weggers 2023 Guard | Pride 2023
Chloe is a tough high IQ guard that does a great job as the floor general for the Pride; she attacks off the dribble and always seems to make the right play. She is physical enough to take the hit and finish through contact, also using her strength to be a tough on the ball defender.

Giselle Eke 2024 Post | Always 100 Gamble
Giselle did a great job on the interior for her squad; she showed great hands, nice footwork, and a soft touch to score inside, make plays out the post and rebound the basketball.  She has a strong frame and did a great job getting position, demanding the ball, and being aggressive attacking her defender.

Taylor Stanley 2023 PG  | Ohio Elite
Taylor is very nice with it; she has the rock on a string, fundamentally sound but has that killer instinct to get buckets when her team needs her to. She had her best game against the Crossover, where she went in to straight attack mode and scored from all over the floor; she was “in her bag,” as the kids say.

Maddux Locke-Overweg 2024 Guard | Michigan Flight
Maddux is a nice size guard who can shoot it with the best of them, but she also has a nice ability to get to the hoop off the bounce and create her shot.  In one game, she hit five triples, and when they ran her off the line, she put it on the floor, made plays for her teammates, or finished in the lane through contact. Maddux is going to make some college coach very happy.