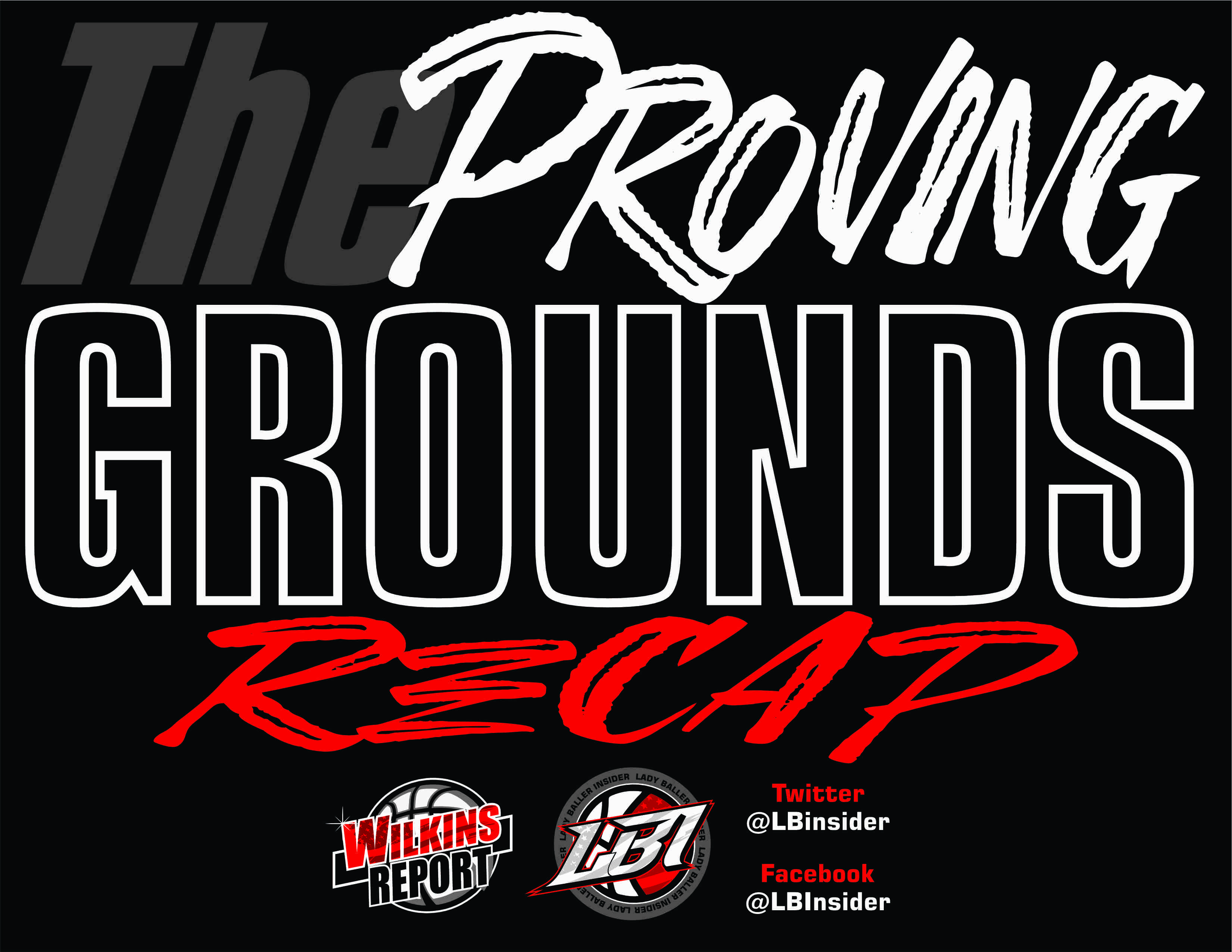 Cincinnati, OH: Teams and college coaches made a pit stop in Cincinnati for The Proving Grounds in July 8-9 and it was worth it. A few kids really did well for themselves and few teams got the tune-up they needed. Here are a few standouts…

2024 Shemar Bert | Below The Rim 2023
I love players with grit. Bert is one of those players and she can shoot it too. Bert makes the open three but most impressive is how she created extra possessions for her team in a highly competitive game vs SC Future.

2025 Skylar Durley | Below The Rim 2023
Skylar has a well rounded game and great size for a PG. On top of handling PG duties she did other things like, rebound, block shots from behind on other teams big, get deflections, guard out of position, etc. Durley was fantastic and put a little bit of her self in every aspect of the game.

2024 Taysa Mims | Team Evolution 2024
Mims is a project, no doubt. But I’ve seen kids who have less than what she has to offer become college players. She’s 6-6, athletic, has a frame that could hold weight, and she can run, catch and finish. I just wonder what she could be if someone really executed a plan to develop her

2024 Braxcynn Baker | MBA UAA 2024
There aren’t many tougher than Braxcynn. She made an impact on both ends of the floor including starting 4 for 4 from the arc. She’s a high IQ kid with a quick release and seemingly a willingness to run through a brick wall for an extra possession.

2025 Jazzlin Brown | Below The Rim 2025
Jazzlin Brown is a bit raw on the offensive end but her toughness, energy, and hustle made a huge difference for her team. Brown was a force on the boards and in transition. It was really hard to take my eyes of her as she was everywhere and seemingly making an impact on every play.

2026 Dashai Shepard | Ohio Premier 2025
Dashai has some good upside, she showed an ability to punish players inside but also face up from the midrange and use her quick first step for a blow by.

2025 Arianna Williams | IL Predators 14U
Williams was all over the place this afternoon. She claimed every loose ball in sight, slashed her way to the rim and pounded the offensive glass.

2024 Riley Smith | Legends U 16U
Riley made a living using her length at the top of this problematic 1-3-1. She got layup after layup anticipating lazy passes for her dominant squad today.

2025 Noel Smith | Ohio Premier 2025
Noel made an impact for her team on both ends of the court today. She broke the press with ease and found teammates for easy buckets. Smith also defended at a high level in a close victory today.

2024 Ni’rah Clark | Hype Hoopers
Ni’rah definitely a force to be reckoned with in the paint. No baskets came easy with her lurking and roaming through the lane. Clark racked up numerous clean blocks, not to mention countless altered shots for her team.

2025 Saratina Jackson | Tri-State Pride
Relentless and consistent. Her never give up mentality was refreshing and needed for her squad today. She took charges, dove for loose balls and hustled every single possession.

LBI Speed Round…Don’t forget the name of 2028 Riley Schellhammer of Indiana Blaze 16U… Legends U 2024 Laila Wells got an assignment to shut down the other teams best player and she did that…Legends U Saniyah Hall is a Top 25 player in the country in the 2026 class and it’s not even a question…Below The Rim out of Oklahoma has some intriguing talent at all levels, especially guards…2023 Mari Bickley is back…Team Evolution 2027 Tati Mason is a diamond in the ruff…2023 Asia Donald is a dynamic PG for Example Sports by way of a Indiana and she deserves your attention.