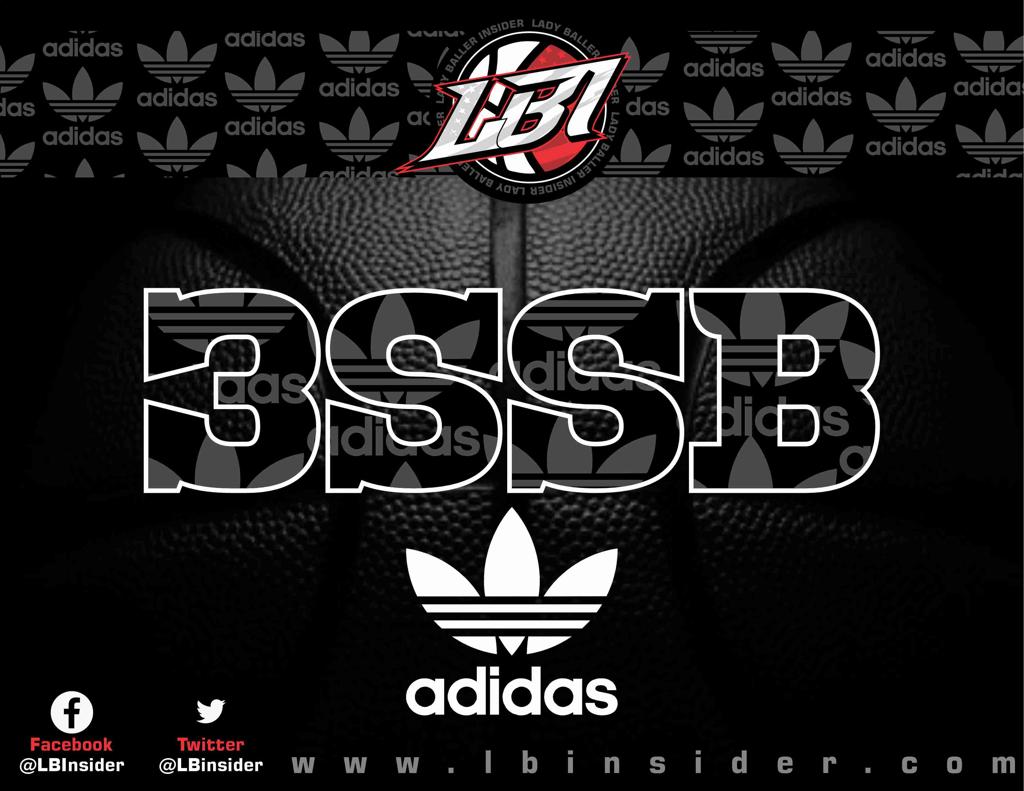 Spartanburg, SC – This weekend LBI was on the move as usual with stops in the Carolinas. Day one was spent in Spartanburg, SC at the Adidas 3 Stripes Select Basketball event (3SSB). As expected, the competition was tight, and the games were exciting and nail-bitters. College coaches from all levels were also in attendance which made the air even more tense. The task of selecting some of the standout ballers of the day was far from easy, but somebody had to do it. **wink, wink**

Halli Hyatt 2025   TX Lonestar 15U 3SSB
High energy and relentless defense, Halli’s floor presence shifted the tempo of the game. She knows how to play the lanes and get steals, and also how to push her opponent right into a trap and create turnovers. She made nice moves to the hoop and knows how to get things done.

Kara Nixon 2027   TX Lonestar 15U 3SSB
Kara plays with a lot of heart. She made good decisions on offense, not forcing anything but willing and able to score at the rim. She can also knock down shots from deep on both sides of the court.  She works hard on both ends and always seemed to be in the mix when it counted most.

Aniah Smith 2025   OH United 16U Wallace
Aniah’s calm demeanor and steady play helped her team turn a very tight 1–3-point game into a 16-point win. She stirs up trouble defensively which of course led to points on the board. She is quick with her hands and feet and was able to use them to her advantage on both ends. She can knock down long threes or drop a nice dime to a teammate.  She did it all.

Bella Flemings 2026   SA Finest 16U
An athletic game changer with a high IQ and impressive moves, Bella was a force that was a major problem. Her decision making was quick and often flawless. She could read a defender and know just how to handle them. She is aggressive and very active on defense. She might be young, but her game is very mature.

Kalysta Martin 2024   SA Finest 16U
Kalysta is an impact player. Her ability to play multiple positions on both ends and do it well was the best I saw all day. She has a crazy wingspan that she used to rebound, block shots, and play the lanes on defense to intercept and break up passes. She is tall and strong enough to be effective in the post, but also an assassin from behind the arc. She is a baller.

Janya Meyers 2025    Castle Athletics NYC 15U
From the opening tip, Janya confirmed two things; she was not a “walk-over” type of player and she was much stronger than she looked. Not only did she finish strong in the paint with a bunch of contact, she also strong armed the ball from players multiple times throughout the game. Once she got going downhill, it was all over. Defenders either moved out of her way or went down hard.

Zoey Bershers 2025    SA Finest 16u
With a solid frame, strength once planted, and hard to not notice toughness, Zoey was a huge inside help for her squad. She is grab, chin, and spin rebounder, clearing out her surroundings so she can get the ball to her guards. She was also effective in the high post, knocking down shots from the elbow with ease.

Bethany Overby 2025   Castle Athletics NYC 15U
Bethany is a versatile player that shifted the momentum of the game on both offense and defense. She had some big defensive stops in critical moments that led to big buckets for her team. She is crafty on offense, moving well without the ball and making herself available to score. She can get up and grabbed a few rebounds while she was up there.

Zuri Goldsberry 2023   Upward Stars 3SSB 2023
Quick with and without the ball in her hands, Zuri had a nice first step that often-left opponents backpedaling and lost. She did a good job of keeping the offense flowing and making sure they got the best shot possible. On defense, she was a strong on the ball defender and never backed down from a challenge.

Riley Stack 2023    Upward Stars 3SSB 2023
It was clear that Carmen understood her role and responsibilities on her team and she worked extremely hard to fulfill them. She did a nice job of sizing up the defense and making smart decisions. She can score in multiple ways but was not selfish with sharing the ball. She plays with a lot of energy and a lot of tenacity. She also was not shy about crashing the boards and battling for rebounds.

Komara Sylvester 2024    1 Nation 16U 3SSB
It is said that big time players are usually revealed when the game is on the line and clutch plays are needed to win. That describes Komara perfectly. In an extremely close game against a tough and talented opponent, Komara knocked down a couple of HUGE shots and also was responsible for sparking some big stops on defense. She never looked rattled or upset. She just hooped!

Jaidyn Elam 2024   1 Nation 16U 3SSB
If you know basketball, then you know that talent and heart go a very long way. Jaidyn’s toughness and high energy was contagious and soon her teammates were right there on her level. She was a beast on the boards, dominating on both ends. Her rebounding and playing hard enabled her to take advantage of second-chance points and help keep her squad in the game.

Leah Barnes 2024   Candace Parker Hoop Dreams Elite 16U
Leah was a handful for her opponents. She is a bigger guard and does not mind bullying her way to the hoop or giving a subtle bump on defense. She kept her head up and eyes on the rim, finishing shots and no one but her had a clue how she did it. She can handle pressure and contact, never getting anxious or rushing her game.

Kendall McGee 2025   Minnesota Stars 16u Borowicz
With great court vision and timing, Kendall was creative and crafty on offense and defense. She has great timing and anticipation. She was able to read the court and make good decisions with the ball. Once Kendall turned the corner off of the pick it was full speed ahead and often led to her taking a trip to the free-throw line. She is a hard-working player.

Seleh Harmon 2025   Team Trae Young 16U 3SSB
Keeping opponents spinning in circles and chasing her on defense was what Seleh did to create shots for herself. She worked hard to get open, even when she didn’t have the ball, making great cuts and attacking gaps in the defense. She is a hustler and did not slow down. She gave her all every possession.

Nora Ezike 2025   M-14 Hoops 16U 3SSB
Nora plays with pure horsepower. She was one of the hardest working players on the court, doing all the little things that make a big difference. She is athletic and moves well without the ball to make herself available to score or crash the boards for rebounds. She runs the court like a guard and finished at the rim in transition with and without contact. Her upside is high, and she is only going to get better, which is great for M-14 but not so much for everyone else.