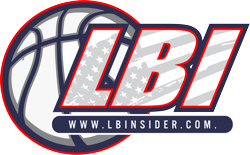 Grand Rapids, MI: Mother’s Day Classic Day one had a number of vets who showed why they are already headed to the next level and a bunch of young stars ready to put their name on the Map!!!

Madison Davis SG Example Sports GUAA
Madison does it all for her squad, she did a great job scoring in transition, creating off the bounce, rebounding the basketball, and dropping some smooth passes off the dribble to her teammates. Madison was a stat sheet stuffer all day long.

Madison Schroeder Forward Example Sports GUAA
Madison does an outstanding job of making plays with or without the ball. She was a terror on both boards and she displayed a nice stroke, soft touch, and toughness down low to finish in traffic. She displayed her ability to score on the perimeter and slash to the hole. The two Madison’s were trouble for opposing defenses.

Cadence Dykstra Guard West Michigan Drive
Cadence has all the tools necessary to be a top guard at the next level, she plays with a great feel for the game with a high IQ, shoots it very well, has the rock on a string, and always seems to make the right play. The Rockets got a good one coming to town!! (Committed to Toledo)

Anna Wypych Guard 2025 West Michigan Drive
Anna is smooth at everything she does, she has a nice handle a smooth shot, and a nice ability to create for herself or her teammates off the bounce. She was aggressive on D, forcing turnovers and scoring in transition.

Gabrielle Reynolds Combo 2024 MBA UAA
Gabby is a super smooth, athletic wing that makes the game look so easy but causes havoc on both ends with her length, speed, and skill set. Gabby has improved her jump shot which makes her an even tougher player to guard. Look for a big time summer for her on the Circuit!

Macy Brown Combo 2023 MBA UAA
Macy gets better each time out, she is the epitome of hard work. Her handle is tight, her range has increased and her vision and playmaking skills have even improved. (As scary as that sounds). Macy just makes the plays to help her team win. (Committed to Michigan)

Jasmine Brown Guard 2023 Example Sports Wolfpack
Jasmine is the REAL-DEAL, she has complete control of the game from the guard position and seemingly effortless she gets to her spots on the floor and can score any way you need her to. Always one of, if not THE best player in the gym, Brown is one of those special talents that you can only sit back and admire.

Asia Donald Guard 2023 Example Sports Wolfpack
Asia is a physical tough guard that is aggressive in attacking the basket, she made multiple plays off the bounce and in transition. Asia is a tough defender that makes things happen with her ball pressure and ability to force turnovers.

Lily Zeinstra Guard 2024 West Michigan Drive
Lily hit the scene and her rise continues to increase each time out. A very versatile guard with great length, ball skill, IQ, and an extremely advanced feel for the game. Lily shows great poise never gets sped up and makes plays off the bounce and in the flow of the offense. Lily is one of the top 2024's in the state.

Kanyla Tyler Guard 2024 West Michigan Drive
KT is a super quick guard who is electric on both ends of the floor, she is the ideal playmaker with a tight handle, great vision, and ability to get to the rack off the bounce. Her tough on the ball defense and the ability to convert in transition change the whole makeup of a game.

Braxcynn Baker Guard 2024 MBA UAA
Shooters will be shooters and Braxcynn can shoot that thing!!! Don’t be fooled though, she also can put it on the floor and make plays off the dribble. Baker did a great job scoring in traffic and making plays on both ends of the floor showing that she is the complete package. Look for Bra to score a lot of points this summer!

Rakell Brown 2025 MSF Flight
Rakell showed some outstanding potential as a young post presence. She ran the floor well and showed good footwork, nice hands, and a good feel for the game. She did a good job rebounding the ball and protecting her paint, the sky is the limit for this young lady!!

Sienna Wolfe 2026 Guard MBA UA Future
Sienna is so impressive, she does it all on the floor and she does it all well. She moves with a smooth pace and she always seems to be under control, she has great moves and a great ability to get any shot she wants on the floor. There were some great young players I watched today and Sienna was right at the top of the list, college coaches don’t wait she is ready now!!

Ca’Miyah (CC) Bonner 2026 Guard MBA UA Future
You don’t like to put too much pressure on a young guard but by the looks of it, CC can handle it all and more. This young lady is as advertised, she is a lock down defender a true pass-first PG that can get to the rack whenever she wants and has a sweet jumper to go with it. Even with all the praise, she might be the best on the ball defender I have seen in a long-long time!

Gracyn Gilliard 2026 Guard Example Sports GUAA
Gracyn plays with a ton of poise and with a great pace, she glides through and around her defenders for buckets and makes plays on both ends of the floor using her athleticism and incredibly high basketball IQ. She scored the rock multiple ways and seemed to get better and better as each game went on. Add her to Example's long list of young girls who got next!