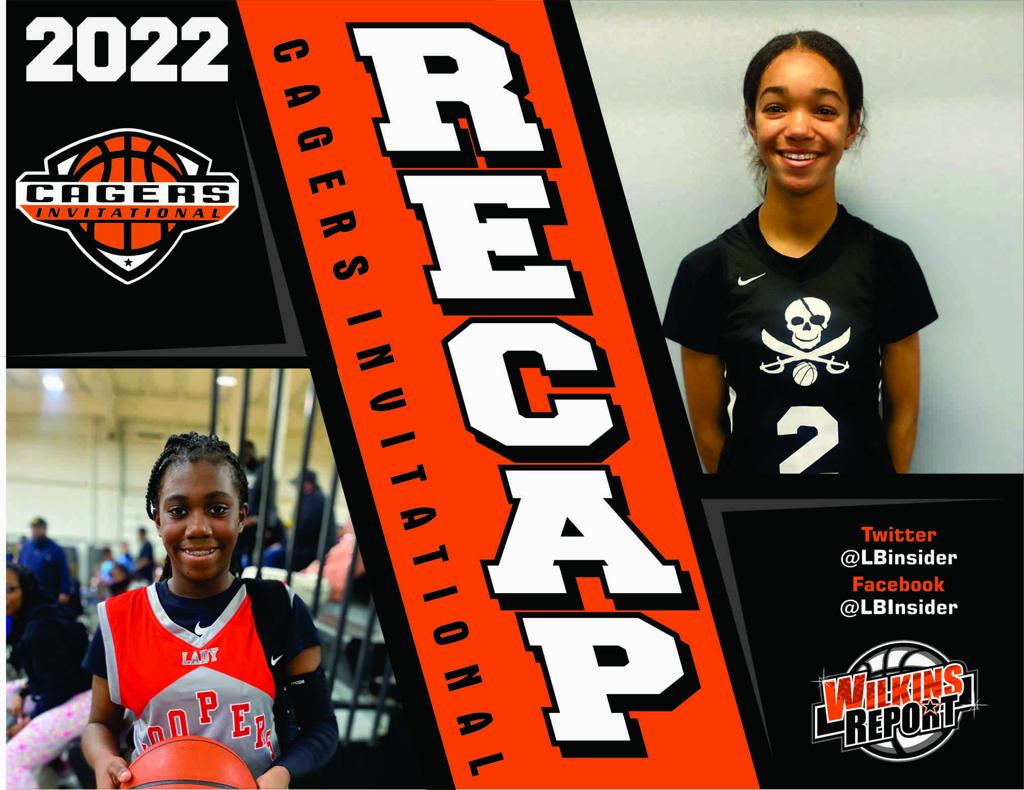 Swartz Creek, MI – As we make our way around the country during this spring travel city, one of the three stops this weekend was the Michigan Cagers Invitational. This event gave us a chance to get another look at some talent that we’ve seen and a first look at a few that we hadn’t. As usual, the atmosphere was intense, and the lady ballers were ready to leave it all on the court. Especially the young guns in the building. They put on a show!

Anayya Davis 2025 Michigan Goonies
Seeing fresh talent that still has that raw energy and love for the game is always refreshing. Anayya is a solid player that can flat out play. She surveys the court and makes smart basketball decisions. She can create shots for herself and on defense, she consistently blocked shots and help create turnovers.  Her potential is high and I know she is going to stir up trouble.

Lilly Golson 2024 Michigan Goonies
A hard worker that was impactful on both ends, Lilly was a key piece of her team’s puzzle. She is tough and battled for rebounds and loose balls. She was able to make some moves and finish strong at the hoop. She has a high motor and gave all she had every minute she was on the court.

Nabrea Lane 2024 Hype Lady Hoopers
Nabrea is a strong athletic player that can play multiple positions. She plays big for her size, crashing the boards and being a key rebounder. She finished at the rim strong with contact. She also showed that she can handle the rock, leading the way in transition and making solid decisions with the ball.

Kendyl Smith 2026 MI Storm UAA 2025
Kendyl is the fuse to the energy of her team. She plays with intensity and high expectations. She’s vocal, encouraging, and a problem on both offense and defense. She is definitely a floor leader, controlling the tempo and also knowing when to make things happen on her own. On defense, she played the lanes well and also on the ball.

Aizlyn Albanese 2025 MI Storm UAA 2025
Aizlyn played with the same energy and intensity as her teammates. The one thing that allowed her to turn some heads and cause some mouths to drop open was her shot. She lit the nets on fire from deep. She has a great rotation and was able to knock shots down off the bounce and in transition.

Mia McGregor 2027 MI Storm UAA 2025
Strong with the ability to play in the paint and on the perimeter, Mia was an undeniable presence. She showed that she can play within the flow of the game and be productive. She gave her team what they needed from her, ranging from rebounding to altering shots, to getting easy second chance points.

Kylie Alverez 2026  Capitol City Express 2026
Kylie is the type of guard that every coach loves and hopes they have. She sees the floor and has a nice IQ so she makes smart decisions. She’s vocal and can be heard even when she’s not on the court. She also was smart with her shot selections, never forcing anything and hitting shots in crucial moments.

Christina Dixon 2026 Capitol City Express 2026
Christina has awesome court awareness. She not only knew where the ball was at all times but also who was around her. She moved well without the ball, calling for the rock when she was open and finishing the play. She works and she hustles! Rebounding was second nature on both ends. She is tough and took contact like it was nothing.

Alexia Turner 2026 Capitol City Express 2026
A scrappy point guard that plays with a chip on her shoulder, Alexia may not have been the biggest player on the court, but she most certainly had one of the biggest hearts. She is great on the ball defender and had no issues letting her presence be felt. Many times, causing her opponent to second guess themselves and fumble the ball. She has nice court vision, always looking up and advancing the basketball.

Rihanna Young 2027 Hype Lady Hoopers
A smart and crafty player that operates on an energy source so advanced for her age, Rihanna was impressive. She can score. Just about whenever she wants. She has a high IQ and made plays that I didn’t see some of the high schoolers doing. She can take care of the ball under pressure and plays with just as must energy and intensity on defense. Watching her grow as a player should be exciting.

Alijah Thomas 2026 Hype Lady Hoopers
Alijah is a walking bucket. For those that are unsure what that means, in a nutshell, you can almost guarantee if she shoots, it's going in. She had no problem scoring from practically everywhere on the court including from behind the arc. Shy is one thing she is not and on defense she made sure that whomever she was guarding got to know her well.

Natasha Shell 2027 Hype Lady Hoopers
Working hard without the ball to make herself available for easy shots was something that Natasha did well. Her ability to score around the perimeter was steady and like clockwork. She shot the ball well off the screen. She was also good at reading the defense and taking advantage of too much space or a hand down.