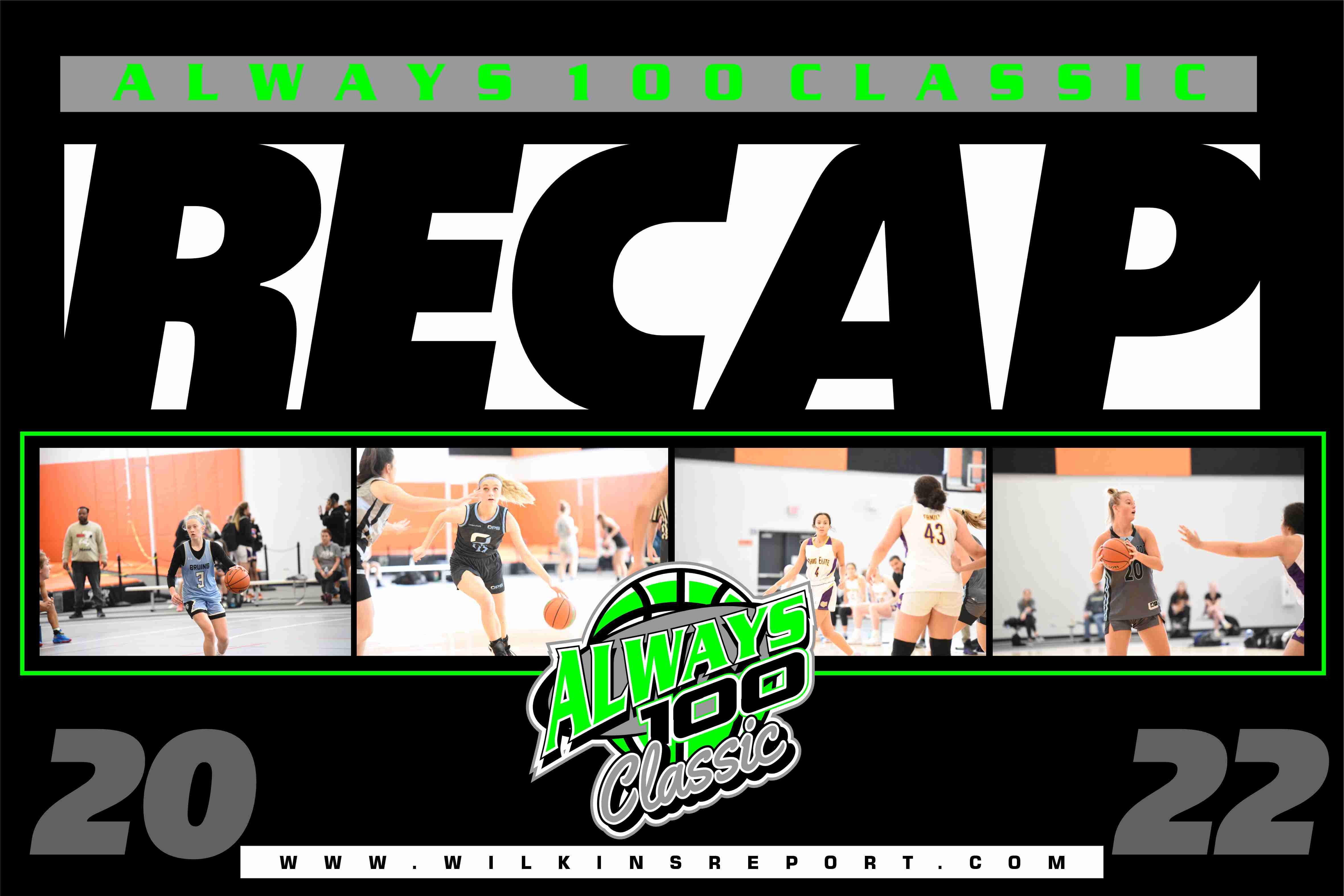 Ohio Elite Wins 17U Divison Championship
After losing their first game on Saturday morning, Ohio Elite stormed back to win their next three games, including a thrilling buzzer-beater to knock off Always 100 Elite 2023 in a semifinals matchup, and cruised to a 24 point victory in the championship game over a very talented OPS 2023 squad. Ohio Elite was led by 2024 guard GiGi Bower and 2023 post Riley Rismiller all weekend long.

If you are looking for a shooter on the recruiting trail 2024, Jamisyn Stinson is one that you should keep track of. She can flat out shoot the ball. Stinson knows to find the open spots on the floor, and when the ball arrives her way, she is already in motion to release her shot. She knocked down several deep triples and mid-range jumpers off the bounce on Sunday in leading her team to a pair of victories.

This weekend, one of the best post presence was 6'2" 2024 Kyra Hill of Always 100 Gamble. Hill had a solid Saturday showing by going 4-4 from beyond the arc and then following that up on Sunday with two strong performances. Hill ran the floor, finished at the rim, rebounded well, and was very effective on the defensive end. An unknown to college coaches at this point, but that should change if she continues her stellar play during the July evaluation period.

One of the best young guards in the country hails from Pennsylvania. 2026 Erica Gribble, who already holds a Division 1 scholarship offer, was at her best when keeping defenders on their heels by pushing the ball in transition finding open teammates for shots. She also did an outstanding job putting the ball in the basket when needed. Gribble will be another talented player that has come out of the WPA Bruins program.

Charlotte Miller is one of the top 10 players in the state of Michigan's class of 2025, and this past weekend, she showed why. Miller was brilliant while helping lead her Always 100 2025 3SSB team to the 15U championship title. Already a good shooter, Miller knocked down shots at a high rate and showed her playmaking ability by setting up teammates for easy scoring opportunities. Miller is on the verge of having a breakout summer which should lead to a few scholarship offers.