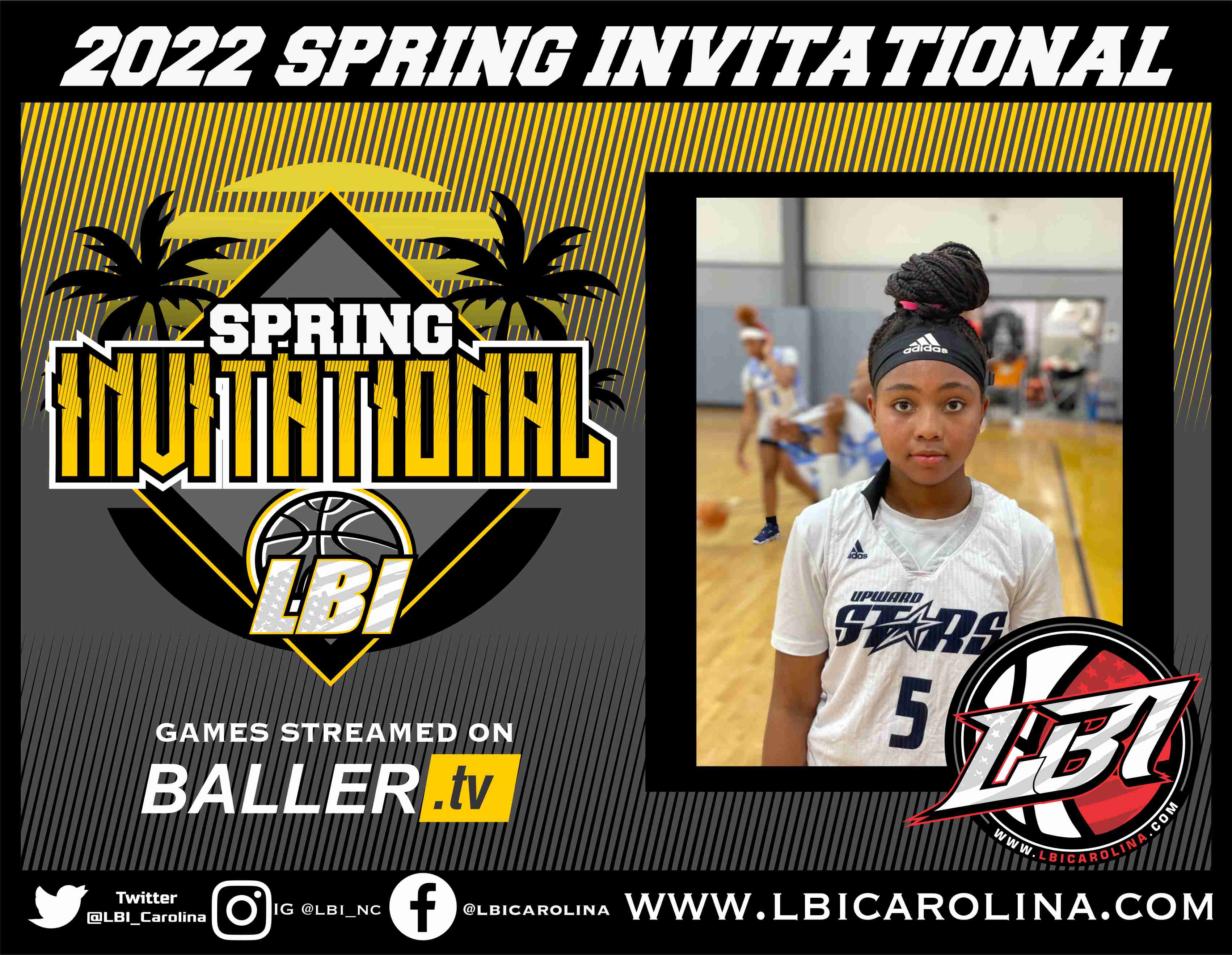 Greenville, SC: The 2nd annual LBI Spring Invitational kicked off in Greenville, SC over the weekend. Teams from North and South Carolina decided to step out and get some work in coming off the first NCAA live period. There were lots of stand out players over the weekend, the LBI staff has highlighted a few of them.

’25 PG Chi ‘Nya Issac – Upward Stars 3SSB 2025
Athletic point guard with a huge upside. Has a high IQ, remained calm under pressure, and made the right plays. Can knock down the three ball and does a good job distributing the rock. She is at her best in transition, plays downhill, and stays in attack mode.

’23 PG Laila Hankerson – Team United Calhoun
Lighting quick guard that applies a lot of pressure on both ends of the floor. Showed the ability to score on all 3 levels. Did a good job creating off the dribble for herself and her teammates. Was a big time disrupter on the defensive end.

’24 PF Savannah Brown – Power In Unity
Very strong forward that understands how to use her body to get buckets. Did a good job rebounding on both ends, showed she can get out in transition and finish. Soft touch in the paint, good post defender, a match up problem on the block.

’24 Post Madison Hawes – S.H.O.T.S United
Hawes is a tradition back to the basket post and it seems like she loves it! Was very physical in the paint, and did a good job making her presence felt on both ends. She finished through contact on the offensive end and played good defense in the post.

’25 G Emily King – Team United Thompson
King is a sniper! Can really shoot the triple from deep. She also showed there is more to her game besides the big three balls she knocked down. She did a good job creating for her teammates with the extra pass once teams realized she was a shooter. The kid has good knowledge of the game and plays hard on both ends.

Charlotte Dream Elite 17U
Although CDE came up a little short in the championship game at LBI Spring Invitational this is a team that all should take notice of. They have several prospects that fit the bill for a few different college levels. ’23 Zion Duncan is a true post at 6’2 with good footwork on the block and a soft touch in the paint. She also showed she can knock down the 15’ jump shot. ’23 Valeria Batista is a very athletic wing/post that translates into more of a stretch 4 at the next level. She is very fluid in transition, has natural shot blocking ability, and showed she can get it done in the paint by playing through the contact. CDE’s backcourt mates ’23 Aliyah Corpening and ’23 Betsey Burnett are both interchangeable between the 1 & 2. Corpening is a vocal guard that can knock down the three ball and is also dangerous in transition, Burnett is a super athlete that can get her shot off at will. She has a nice mid-range game and is a very active defender.