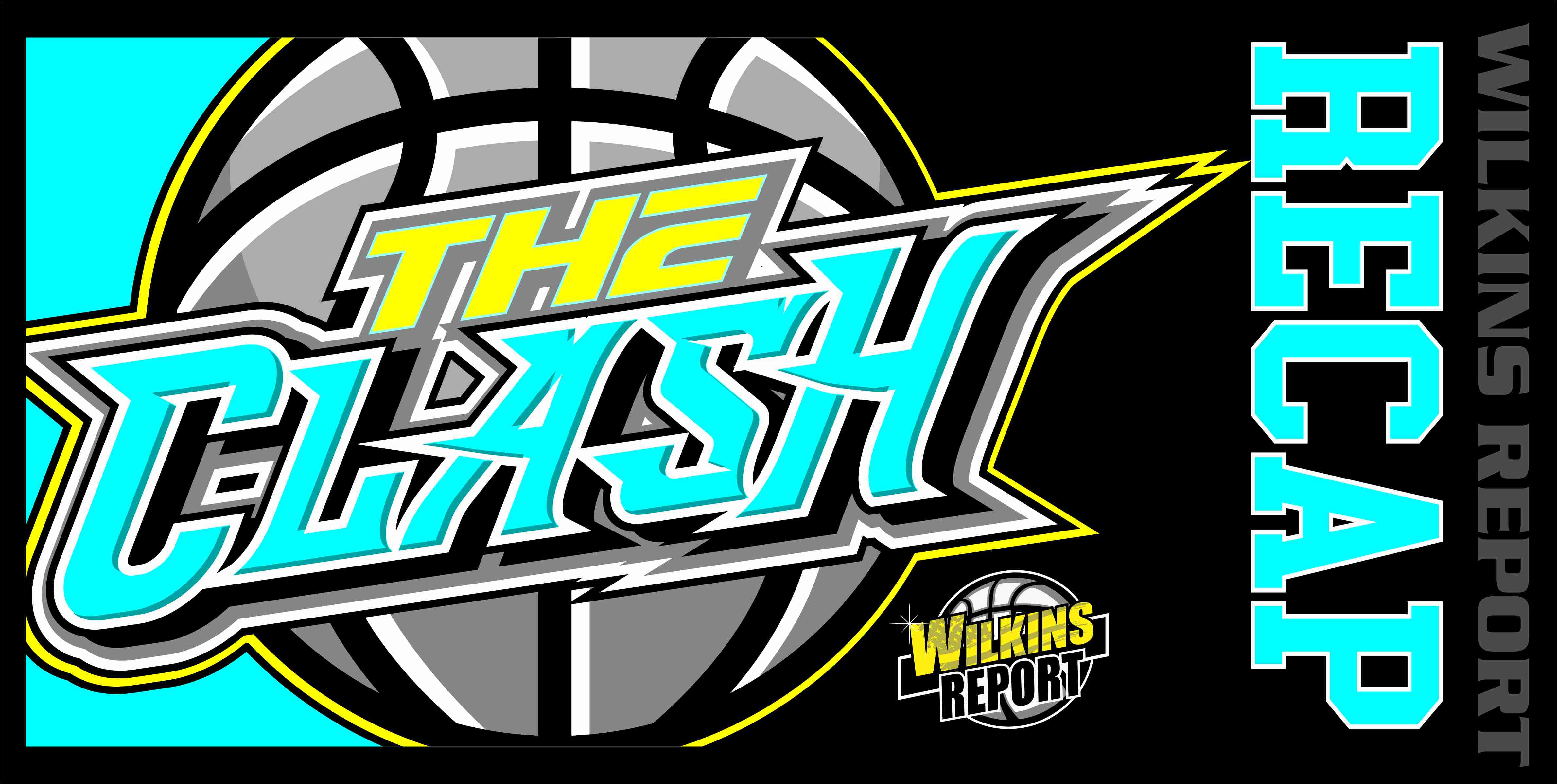 Cincinnati, OH – Spring travel is here, and this weekend was loaded with tournaments across the country, filled with a ton of talented teams ready to showcase their talents. I was able to sit courtside at The Clash and it was a weekend to talk about for sure.

Justice Tramble 2024 | 1 Nation 16U 3SSSB
Justice was very effective down low, dominating the boards and having her way in the post. She was able to create some shots for herself and score from second chance opportunities. Defensively she was not a pushover, altering and blocking shots.

Ariyana Wiggin 2025 | 1 Nation 16U 3SSSB
Able to play and defend multiple positions on the court,Aryiana made sure that her presence was felt. She can play much bigger than her size, enabling her to battle inside and be a rebounder. She also did a great job of playing the lanes and getting some big steals.

Faith Pickens 2025 | 704 Thunder 2024/25
Faith is an active post player that had a big impact on the game on both ends. She ran the court well in transition. She crashed the boards and made strong moves to score on the post. On defense, she made it known that she was going to defend the basket and make players earn everything. She blocked shots and deflected passes, creating easy points for her team.

Emily Kerekes 2024 | Buckeye State Blast - Grey
Talk about a “Jill of all trades”, Emily literally showed that if it needs to be done, she can do it. She can shoot the ball from deep, off the bounce, and with her feet set. She maneuvered through traffic for layups. She fought inside for rebounds and played some great defense.

Milee Smith 2026 | Team Ohio 14U
By far the most athletic player on the court, Milee consistently and naturally did what trainers across the country encourage…make a move and go! Time after time, Milee reached her bag of ankle breakers and got the hoop whenever she wanted. Eyes focused on the rim, she finished with a bucket, a foul, or both 8 out of 10 times. What was the most interesting thing of it all, it was obvious she did not realize just how good she really is. She was playing ball. When she does finally catch on, she is going to be a monster. She did all this playing up!

Corri Vermilya 2024 | Buckeye State Blast - Grey
Corri was aggressive on both ends and stood out as a leader on the floor. She kept her composure while under pressure, making great decisions with the ball and being a huge defensive threat. Corri’s energy was contagious and needed in some crucial moments. She has a high motor and is an overall tough player.

Bre Jefferson 2024 | Hype Lady Hoopers – Brian
A ball of energy with a quick first step, Bre was an energizer bunny on offense and defense. She is a hard worker who played great on the ball defense. She has strong ball handles and made some dynamic moves to get to the hoop for easy buckets. Her potential is sky high.

Ice’Is Mixon 2024 | Hype Lady Hoopers - Brian
Ice’Is is athletic and long. Her long wingspan was utilized on defense often, picking off passes and blocking shots for easy transition points. She can play multiple positions and does not have a problem putting the ball in the basket.

Samone Andrews 2024 | 1 Nation 2024
Samone sees the court, finding the open man, attacking gaps in the defense, and creating plays for her teammates. On defense, she showed great anticipation which led to many steals and easy points. She is an unselfish scorer that showed she just wants to win.

Amauria Smith-Riep 2025 | Midwest Takeover 2024
Amauria is an athletic, hard-working, get it done type of player.
She was always on go, giving her all every possession. She battled inside and was able to finish some very tough shots with contact. She grabbed big rebounds and did a good job moving without the ball.

Kiara Hudgins 2024 | Ohio Elite 16U
A crafty, feisty, and smart point guard that never seemed to get tired, Kiara was very impressive on offense and defense. She is vocal leader that is patient and controlled the tempo. She has great court vision and gets the ball where it needed to be in transition and the half court set. She is also a scorer and did so at will.

Morganne Postell 2024 | Ohio Elite 16U
The defensive force on her team, Morganne’s purposeful efforts motivated her teammates to follow suit. She moved her feet and played the lanes like they belonged to her. She always seemed to be where she needed to be, available for easy shots or great passes that led to points on the board.

Helen Holley 2024 | Sports City U 16U
Moving and working without the ball to make herself available to score, Helen was a presence that could not be denied. She showed her great footwork on the block and that she is able to finish the job with and without contact. She is athletic. When she called for the ball and got it, she knew what to do with it.

Maleya Obande 2024 | MBA Rise 2024
Maleya played with no fear and a lot of heart. She dug deep and powered her way to the hoop and finished strong on multiple possessions. She took some contact along the way but still got the job done. On defense, her on the ball defense was scrappy and efficient. She hustles!

Zoe Best 2024 | We Got Next 2024-Best
Zoe is athletic, versatile, and an impact player. She can and did play multiple positions. Where she was needed is where she went. She can create her own shot and did a good job of deciding when that was necessary. She showed that when needed, she can take over a game and give her team an energy boost.