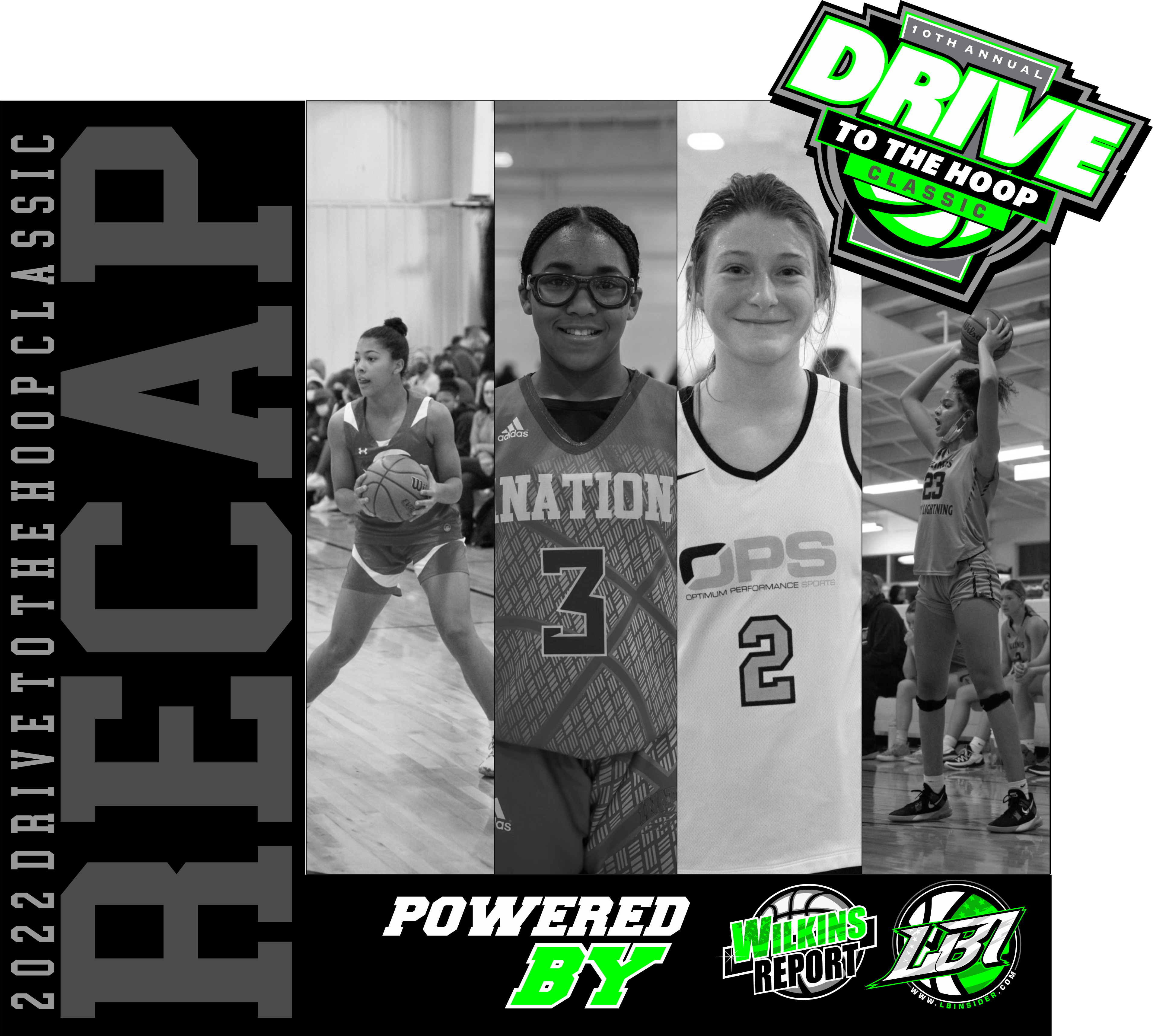 Grand Rapids, MI: Lady Baller Insider takes a trip to the 10th annual Drive to The Hoop Classic here are our top performers of the event.

Sydney Savoury (2027) | Michigan Storm Elite
Clearly the best player in the gym.  Savoury by far is one of the most well rounded and versatile players in the state of Michigan. Savoury playing up in the 8th-grade division was still able to facilitate, battle on the glass, and put the ball in the basket on all three levels this weekend.

Camiya Bonner (2026) | Michigan Basketball Academy
Bonner is a player that no matter what she is going to bring intensity to every game. Bonner is crafty, and explosive putting it on full display creating her own shot getting to her spots to rise up and knock down the jumper, or beating defenders attacking the rim. Bonner had it rolling all weekend being a leader for the MBA group as they take home some hardware.

Kendyl Smith (2026) | Michigan Storm Elite
Smith is the leader that every coach wants to run their team. Smith is an all-around player that can do a bit of everything on the floor. Smith has a smooth stroke, is strong off the dribble, and was able to get her shot off in a variety of ways Smith showed she is one of the top 2026 guards in the state.

Cece Arico (2026) | Michigan Mystics
Arico’s ability to get to the basket and finish through contact is insane! Arico went deep into her bag all weekend pulling put a variety of moves to free herself up to get it done attacking the rim.  Arico plays at a very up-tempo pace keeping the defense guessing which also opened up the opportunity for her to knock down some big threes throughout the weekend.

Brooke Zartman (2026) | Optimum Performance Sports
Zartman can shoot the ball! Zartman’s smooth stroke put the gym on notice right away in game one shooting lights out from everywhere on the floor. Zartman moved well without the ball helping free herself to get her jump shot off as the OPS group cruised past opponents this weekend.

Naiya Krispen (2026) | Michigan Crossover
Krispen is so smooth, can put the ball on the ground and create in multiple ways for herself or teammates. Bever let the defense speed her up Krispen was able to get to her spots on the court and get it done this weekend. The 2026 guard’s smooth handle and shooting ability kept the defense on their toes as she can go at you in a variety of ways.

Jayla Jackson (2026) | 1Nation
Jackson is as tough as they come in the 2026 class. Jackson can play on or off ball and be just as effective either way watching Jackson this weekend, she was able to convert on multiple occasions finishing through contact and getting to the line off the dribble. Jackson is strong and made sure the defense felt her all night long as she was also active on the glass as well Jackson has a bright future ahead of her.

Mylee Hurse (2027) | Always 100
Don’t let the size fool you Hurse can get it done! Hurse is a phenomenal teammate and vocal leader for 2027 Always 100 used her speed to get to the lane and create for teammates and for herself in certain situations. Hurse has a strong handle and good IQ handling pressure and still being able to keep her team under control and find open teammates when teams looked to speed up the group.

Aaleigha Roberson (2027) | West Michigan Drive
Roberson was a bully in the paint this weekend controlling the glass on both ends for the drive.  Roberson’s ability to get up and down and run the floor is everything a coach could ask for, was able to finish dump offs around the basket Roberson showed off her soft touch around the rim all weekend long.

Stella Sakalas (2026) | Chicago Force
Sakalas led the Chicago Fire all weekend long getting it done on all three levels. Sakalas was able to knock it down from deep and put the ball on the ground and attack the rim and get a bucket. Sakalas filled up the stat sheet in a lot of ways using her frame to dominate the glass helping lead her group to the championship.