LBI Mitten Made Round Up: Michigan Crossover EYBL 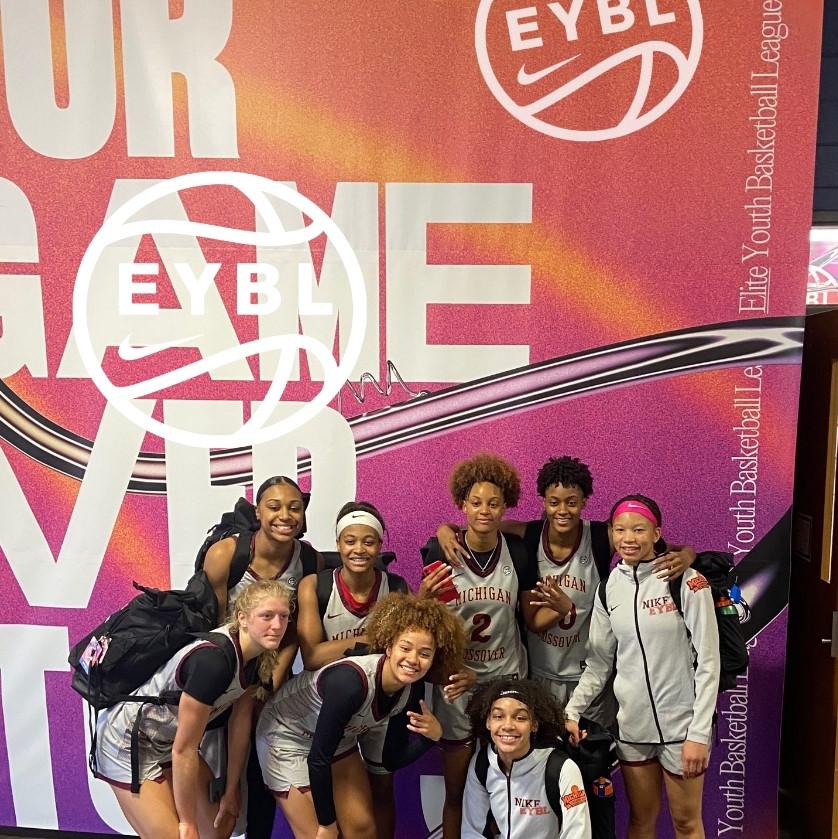 Michigan’s one and only EYBL team the Michigan Crossover was well represented in my top performers of the week list, here are a few that stood out.

2022 SG Ruby Whitehorn
Ruby had a great week showing that she was one of the best players in the country, and to my eye, she should be considered top 15 after her performance this week. Ruby makes it look so easy and nothing changed on the big stage she used her crazy bounce to get buckets, grab rebounds and take over the entire game when needed. Ruby is going to make some head coach and staff very happy she is a PROGRAM CHANGING RECRUIT!

2022 PG Brooke Daniels
Brooke is the hardest working guard I watched all week, she was all over the floor causing havoc on defense and scoring the ball in transition. Brooke is a culture builder and will be a perfect grab for whatever coach is lucky enough to get her. You can’t teach Heart and Brooke is the heart of this squad.

2022 PF Madisen Wardell
Madisen had a GREAT few weeks of basketball and some games she was the best player on the floor. She scored in the paint, she hit the three, she rebounded and she was a super tough defender. Depaul got themselves a good one coming their way!!!

2022 SG Lexus Bargesser
If you love athletic super smart players who can just flat out get it done then you love Lex. As usual, Lexus did a little bit of everything this week and made some plays that had the coaches buzzing on coach’s row, whether it was a super athletic rebound, a sweet no look pass, or a creative (how did she do that) bucket Lex had it going on. There are some nervous coaches waiting on Lexus to make her decision!!!

2022 SG Alaila Walker
Most games It’s so fun to just get enamored and watch Alaila shoot the high arc three but I noticed this week that she is also a great defender who does a great job defending the ball and she is an extremely intelligent weak side defender. Coaches don’t sleep this baller can do it all.

2024 PG Devin Hagemann
Devin was a wizard with the rock, handling the ball under pressure, running the show, and making the right read to either score it or drop a pretty dime. Devin is such a tough guard on both ends of the floor you forget she is only a 2024, it is going to be scary with her running the show for two more summers. She has proven all summer that she should be in the conversation as the best PG in the state of Michigan's class of 2024.

2023 PF Sarah Rambus
Mrs. Stock Riser herself, Sarah has shot up so many coaches recruiting boards we can’t keep up. This week she showed more of her versatility and her improved ability to square up her defender and attack off the dribble. Look for Sarah to pick up a few more offers before fall.

2023 SF Sydney Hendrix
I was so impressed with Sydney this week, she was so good rebounding the basketball and making hustle plays that you tend to overlook that she gets buckets too. With Kent going down with an injury Sydney needed to step up and be more aggressive scoring the rock and that is what she did. She hit the J she scored in transition she was a beast on both ends of the floor. I hope that girl has juice on her phone because it’s about to BLOW UP!!!!

2023 Guard Janae Kent
Janae was super aggressive all week before her (bruised knee) injury. She scored getting to the rack, she hit the 3, hit the pull up she had the full package going.  A lot of my time spent on coach’s row was answering questions about Janae because they all recognize she has program changing ability.

2023 SG Dakota Alston
Dakota brings so much to the table that even if her shot isn’t falling she does so much for the team defensively and with hustle plays you overlook it. But when Dakota is on, she’s on! This week she hit some big shots but none bigger than her buzzer beating three that she calmly knocked down to win the last game of the week. Coaches who need a three and D guard who is tenacious, Dakota is your girl!