LBI Round Up: April Showers Classic "Who Got Next" (Warsaw, IN) 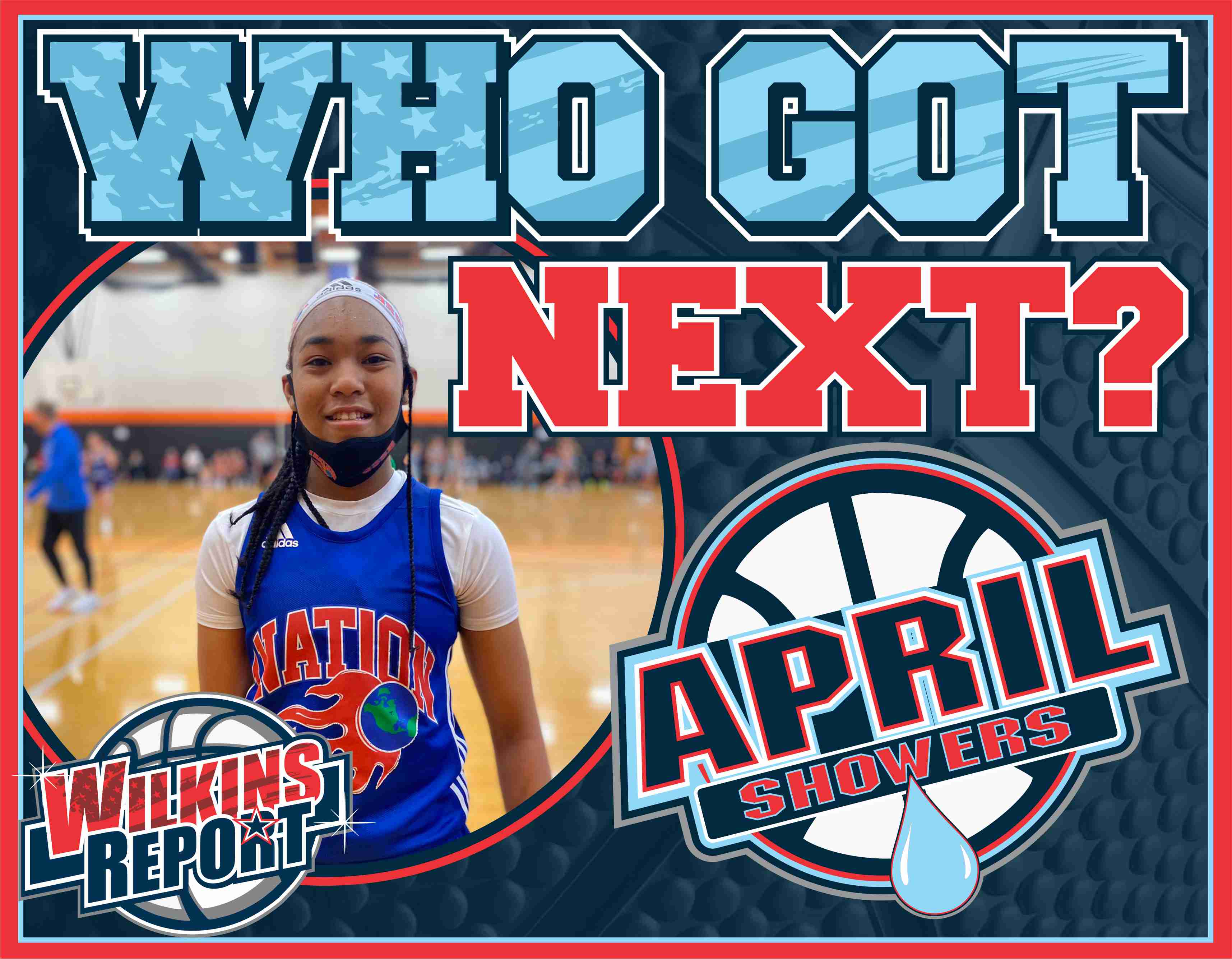 Rayah Hitt 2026 |  Michigan Premier Blue
Tough aggressive guard with a good handle who attacks the basket relentlessly had some nice finishes around the rim and got after it on defense.

Tierney Madigan 2025 |  Wisconsin Flight Elite Blue
Tierney has a little swag to her game with some super shifty moves and the ability to get by her defender, she had success getting to the rack and knocking down the perimeter shot.  Like the rest of her squad she did it on both ends of the floor by locking up on D as well.

Meredith Tippner 2025 |  IGB  Morse
Very skilled smart guard who always made the right play, showed that she could score from 3 and off the bounce

Ayla Turk 2025 |  Bates Fundamentals
Great floor general at a young age, Ayla had control of the rock and her team dropping dimes, running the show and scoring the rock when she needed to. Ayla is smart beyond her years and showed her competitiveness when the games got tight down the stretch, all traits needed to be a top PG in High School.

Maddy Benard 2025 | Michigan Crossover
BUCKETS…… Maddy scored in many different ways and showed a matureness on the floor to not get rattled and play at her own pace. Trust me, Benard will be scoring a lot of points at the high school level.

Taleah Turner 2025  | Example Sports
A super quick and shifty guard, Taleah was super aggressive going to the cup to either score or set up her teammates. Taleah took pride in her defense as well applying tough ball pressure all game long.

Anna Wypych 2025 | West Michigan Drive
Anna has a nice shot and she showed she can shoot from deep effortlessly, a very competitive guard that got after it on both ends of the floor.

Isis Musah | 2025 1 Nation Elite
Long athletic aggressive guard that plays way older than her birth certificate, she got to the rack when she wanted to and showed an impressive handle to make plays off the bounce. Just like most 1 nation players she was relentless on defense, locking up and blocking shots.

Rylan Buschell 2025 | Michigan Crossover
She is very quick with the ball in her hands and is exceptional at leading the break with the pass, where she knows how to find open teammates for easy shots. When left open she's very capable of knocking down the perimeter shot.

They may be young but they are ready!!!

Cristine  Ouimette 2025 | Wisconsin Flight Elite
Playing up a grade Kristina showed she was ready for the big stage she knocked down big shot after big shot and made plays on both ends of the floor. This young lady will be hearing from a number of Power 5 coaches throughout her high school career.

Jayla Jackson 2026 | 1 Nation Elite
Jayla may only be in Middle school but she already has IT, Jayla glides on the floor and makes the game look easy, whether it’s a sweet crossover or a tough reverse in traffic Jayla will not only wow you with her play but she will also amaze you with her complete game at such a young age. The sky is the limit for Jayla, she is just getting started!!

Riley Abney | 2024 Bates Fundamentals
Scrappy guard that knows how to play the game, Riley made a number of big plays for her Bates squad on both ends of the floor the potential is very high for Riley.

Komara Silvester | 2024 Bates Fundamentals
Komara is super quick with the rock, she made some exceptional moves off the bounce and seemed to have a very tight handle. Look for her to make plenty of noise this spring and summer

Madison Schroeder | 2024  Example Sports GUAA
Madison played inside and outside for her team this weekend she showed great footwork in the paint but also a nice handle which allowed her to get to her spots on the perimeter. In one stretch I watched her hit a J, score in the paint, and set up a teammate for an easy layup off the bounce, Madison was doing it all.