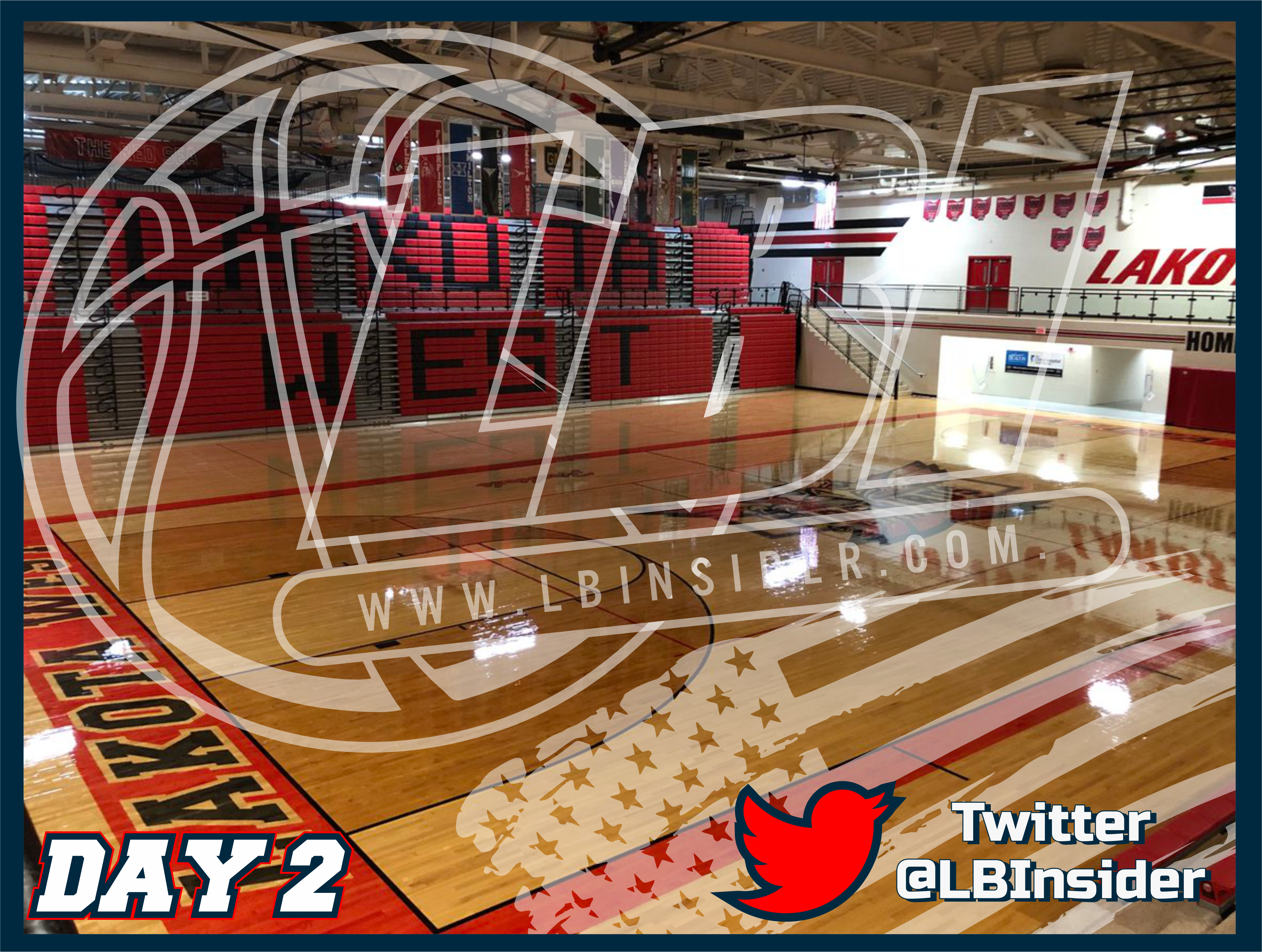 West Chester, OH – The weekend that we have been waiting for has finally arrived. A high school regular season basketball tournament. With so many states still on shut down as it pertains to high school sports and the worldwide pandemic, it was so exciting to be able to step in the gym and enjoy some exciting talent. Seven games, back to back, from dusk till dawn. You could see it in the players’ eyes as they stepped on the court that they were eager to play some ball. Social distancing, mask requirements, and clearing out the gym after each game were the new norms but worth the adjustment. Keeping everyone safe was the priority. On a side note, with all of the craziness going on in the world, it was really heart-warming to see the positive attitudes and togetherness of the coaches and lady ballers. I wish the world could see life through their eyes; one team with one goal. The only thing that mattered was the name on the front of their jerseys and playing their hearts out for each other.

Paige Fraizer 2023 | Monroe High School
A tough floor leader that showed up when it counted most, Paige’s energy and relentless gave her team the energy and confidence they needed to bounce back and claim a huge overtime win. She is feisty and never backed down. She bullied her way inside and made some big plays that put her team on top. She tied for a game-high with 15 points.

Savannah Smith 2022 | Lakota East High School
The saying his big players hit big shots and that’s exactly what happened with Savannah. With only 5.8 seconds left in regulation, Savannah shook free from a defender and knocked down a deep corner three to send the game into overtime. She also did also crashed the boards and battled on the inside. She finished with 9 points and 7 rebounds.

Brooklyn Miltenberger 2023 | Monroe High School
Brooklyn is a crafty creative offensive player that excellent at penetrating the middle and simply out smarting defenders to put the basket in the net. She plays with zero fear and was able to take tons of contact and bounce back as nothing happened. She is a strong guard that battles on the inside for rebounds and wins. She finished with 15 points and 11 rebounds.

Baylee Jones 2021 | Western Brown High School
When competing against a really good team and it seems like they are playing almost perfect it is easy to get discouraged and give up. That was far from the attitude of Baylee. She never stopped fighting and gave her all every possession. She battled on the court for loose balls. She fought and pushed her way to the basket. She just simply kept playing! The Lipscomb University commit finished the game with a team-high 13 points.

Kam’Ren Rhodes 2022  | Arizona Compass High School (AZ)
Kam’Ren’s endurance level is through the roof. She has speed with and without the ball and she never seemed to slow down. She is a great on the ball defender and was instrumental in forcing turnovers and getting big stops. She is a vocal leader who leaves everything out on the court.  She finished with 10 points.

Jacquel Bronaugh 2021 | Wayne High School
Jacquel was an undeniable force on the post. She has good footwork and was able to catch, turn, and shoot. Her strength made her unmovable once she was established and when opponents tied to fight through her wall like screens. She ran the court and worked to make herself available. She finished with 7 points.

Laila Phelia 2021 | Mount Notre Dame High School
Once Laila’s eyes locked on the front of the rim, there wasn’t anyone who could stop her from getting there. Bulldozing her way through traffic while being sure to cradle and protect the ball was what she did well and often. She withstood the impact of bigger players and found a way to finish strong. She also was dynamic on the boards. The University of Michigan commit finished with a game-high 20 points.

Olivia Sims 2021 | Toledo Notre Dame High School
Olivia is a smart player that did made great decisions with the ball in her hands. She sees the floor and did a good job of attacking the gaps or finding her teammates for a better shot. She was able to score from all over the court in multiple ways. She is tough and gritty. This stood out especially on the defensive end. This Oakland University commit finished with 14 points.

Raven Raye-Redmond 2023 | Trotwood High School
Raven is fast and has no problem getting inside the paint to either finish with a nice short pull-up or dish it off to a wide-open teammate. She has nice moves to protect the ball when she’s at the rim and was a top-notch defender the entire day. She is much stronger than she looks which helped her tie up the ball on defense and force jump-balls. She finished the game with 13 points.

La’Sonja Hill 2023 | Princeton High School
Never letting the pressure get to her, La’Sonja kept stayed focused and kept her composure in a tight game against a very aggressive team. She played great defense that ultimately resulted in some game-shifting plays for her squad. She hit big shots when they were needed and overall had a great game. She finished with the win and 10 points.

Rylie Horman 2024 | Edgewood High School
A strong ball handler that played well when faced with pressure, Rylie stepped up big for her team. The freshman guard showed that she is an asset in more ways than one. She is a vocal leader, she gets inside and did a pretty good job of reading the court. Although her team didn’t get the win, Rylie hard work, effort, and dedication to her team did not go unnoticed. She finished with a team-high 11 points.

Mallry Mullen 2022 | Catholic Central High School
Dominating the boards on both ends, Mallory was a key piece of the puzzle for her team. She played great defense and did a great job of moving without the ball to make herself available on offense. She was able to maneuver in the lane to score some easy buckets. She finished with 15 points and 10 rebounds.

Keira Rodgers 2023  | Lebanon High School
A constant presence on the court whether she had the ball or not, Keira showed that her game is growing. She stayed aggressive and patient on offense and played great team defense. Her energy was high and contagious. She was an active and vocal leader and made great shot selections. She finished the game with 14 points, shooting 4/5 from three-point range.

Alessandria Stockton 2023 | Sydney High School
A little bit of this and a little bit of that made Alessandria a stand out in today’s game. She drove to the rim with no fear and finished strong. She made some great passes in traffic and was a dominant force on the boards. She ran the court well and helped get some big stops that kept her team in the game. She finished with 10 points and 7 rebounds.