LBI Event Recap: Run For The Roses Day 3 (Indianapolis, IN) 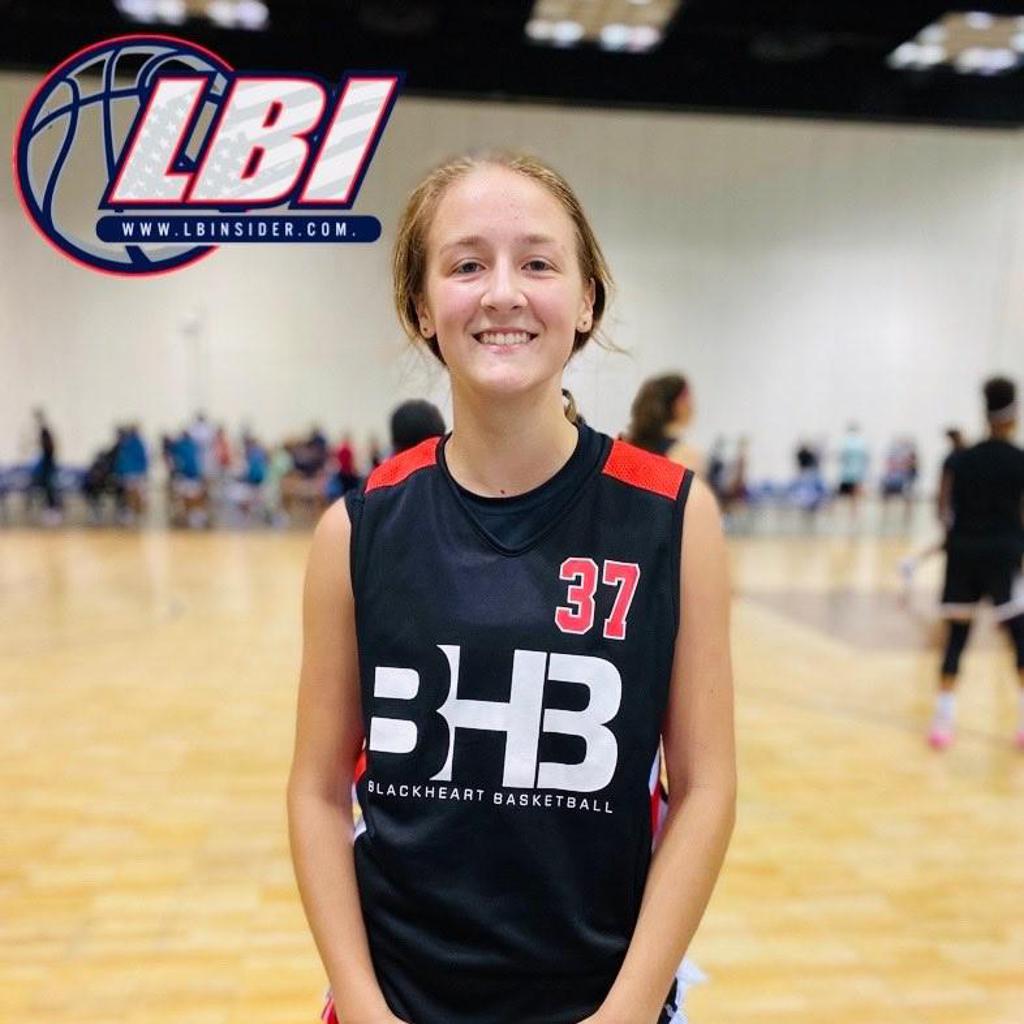 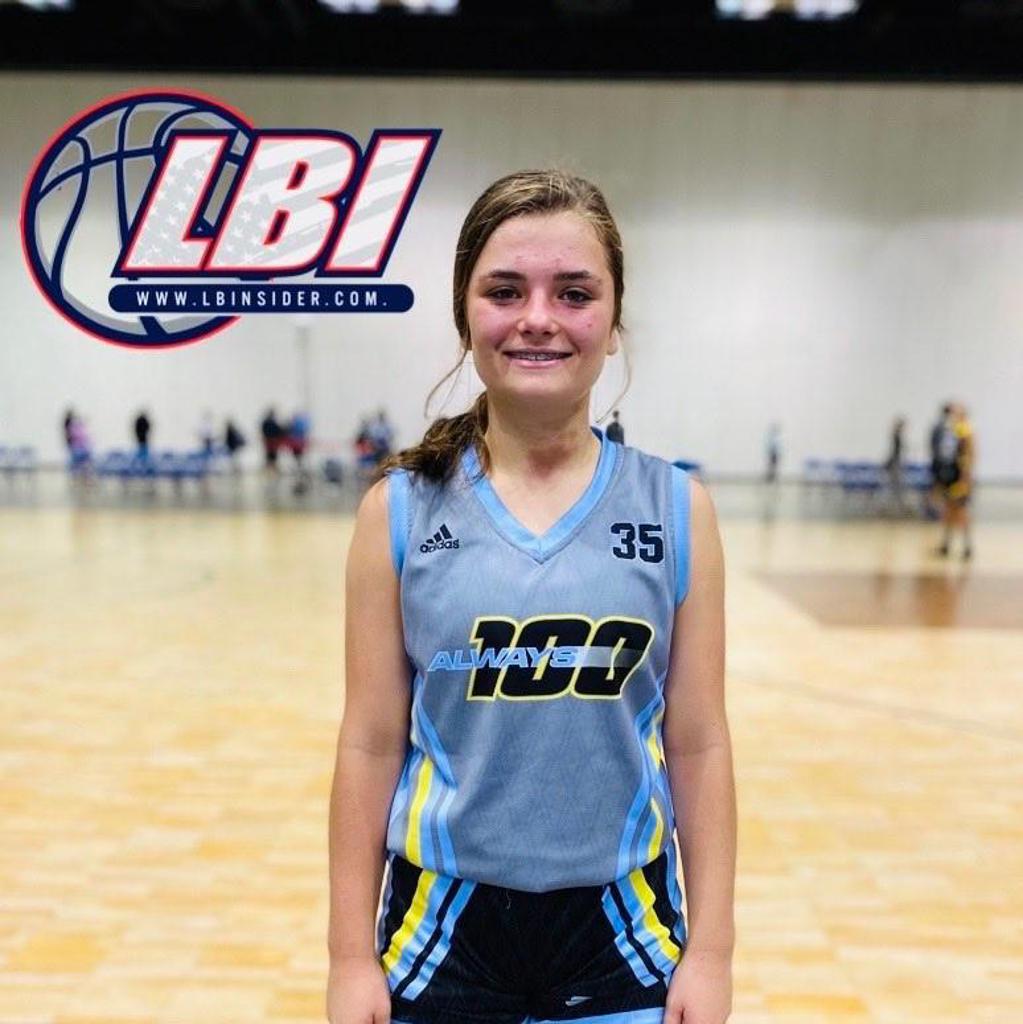 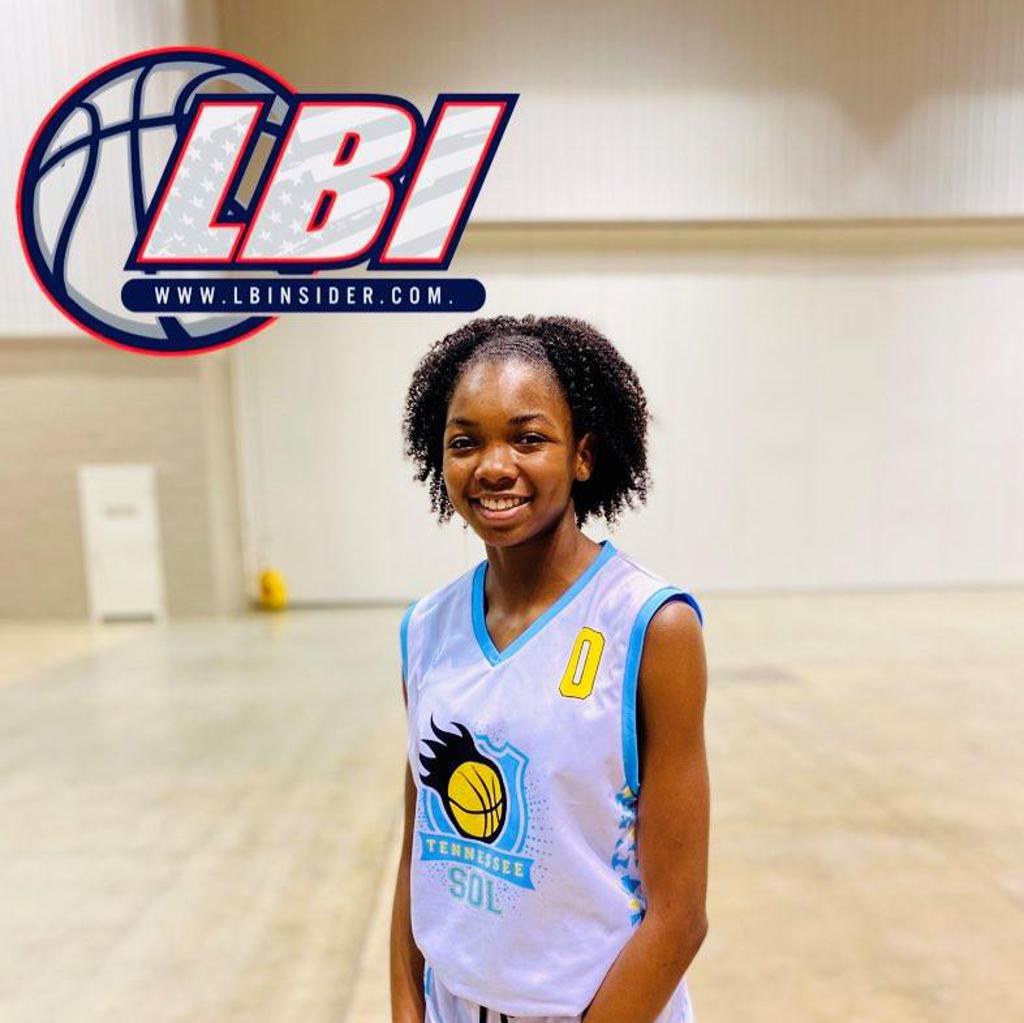 Indianapolis, IN: Day 3 at Run 4 Roses saw more hot and heavy action. Games were physical and fast-paced as the players seemed a little more chippy than usual, but we're competing at a high level nonetheless. LBI was in the house yet again with our eyes wide open, looking for the top players and performances.

2024 Torri James | TN Sol Anja
Torri James is must recruit. She’s so long and athletic and has all the intangibles to become a big-time player but specifically, defender. She already blocks shots and rebounds out of position. She’s about 5’11,” but there was no competition for the rebounds she wanted on her first or second jump. James is going to be a big-time get.

2021 Kailyn McGuff | All-Ohio
I don’t mean this loosely, but Kailyn McGuff can guard every position in today’s uptempo game when the five plays more like a 4. Defensive versatility wins championships, and I believe her defensive prowess and ability to defend will win her a lot of playing time at the next level.

2023 Morganne Houk | Factory Basketball Orange
Morganne was money. As the game waned on and baskets became harder and harder to get, Morganne Houk found a way to keep her team within striking distance. She netted a deep triple to end an early scoring drought and was able to stay in the mix to make herself available for a few transition layups.

2023 Emiyah Cobb | TN Sol Anja
Emiyah got out her backpack and put her team in there. The game vs. Factory Basketball was nip and tuck, but time and time again, Cobb would jump the passing lane and get a steal. A few moments later, she’s been setting up a teammate for 3. A few moments after that, she’d be getting an on-ball steal and assisting a layup in transition. Cobb flat out left her heart on the floor on Sunday.

2024 Imari Berry | TN Sol Anja
Imari Berry has a ton of talent and physical attributes to make an impact on a game. But the HS Head Coach with a twinge of Fatherhood is about to come out of me. So I’ll say it this way. When, not if Imari Berry finds a way to channel all her energy into the next play, she will be an impact player at the high major level. That’s all!

2023 Jailyn Banks | TN Flight Silver
With length and athleticism to give away, Banks was dynamic in spurts on both ends of the floor. She uses her length and agility to keep the pressure on the ball. She used those same attributes combined with a good handle to get to the basket and finish. She’s not bulky by any means but her ability to absorb contact and finish or get the ball on the rim after contact is elite.

2023 Cori Allen | TN Flight Silver
It’s refreshing watching kids just enjoy the game. There were good vibes coming from Cori Allen this morning. She’s got all kinds of game, but she allowed the game to come to her while making everyone else around her better. She was able to make a series of moves to get to the basket, seemingly at will. There, in the paint, I saw the light come on. She finished with scoops and push shots, or she was able to deliver dimes. She a great rebounding perimeter player as well. Allen is a joy to watch

2021 Arianna Smith | All-Ohio EYBL
Smith gets it done in the paint. She’s so physical; it’s scary. With her commanding presence, she’s able to rebound and be an anchor for All-Ohio. Smith set the tone by keeping a body on Ohio United bigs and forcing them into tough shots. In every good sense of the word, Smith is mean and will need to carry that to the next level.

2023 Avery Treadwell | East TN Air Black
Avery Treadwell is playing up in the top division, but you wouldn’t know it vs. KC Running Angels. Treadwell caught everything thrown her way and finished some tough baskets. She also showed the ability to move the ball inside out to set up teammates for open shots. Avery is very long and has a mature game in that she doesn’t get rattled vs. bigs twice her size though being 6’3” and super long helps with that.

2022 Theron Hallock | MBA UA Rise (Michigan State commit)
Everyone knows that there are some players that are difficult to guard, but few players put themselves in a category of being unguardable. Theran Hallock, with her elite speed and quickness, is one of those players. She absolutely flew by defenders in the early game on this third day of competition. Her ability to draw help defenders and break down the defense really helps set up her shooters for easy and open looks against a tough and physical team. When Hallock didn’t have the ball in her hands, she continued to move and find windows that allowed her to knock down a couple of threes as well in a nice win over an athletic Team Thad.

2023 Macy Brown | MBA UA Rise
Nobody made more of an impact on the court than Macy Brown. She did so many things, both tangible and intangible. Her ability to rebound the ball, push and score in transition is phenomenal. Brown is long and rangy, and she exploits shaky ball handlers quite often. Her three-point shot is nearly picture-perfect, but it’s her ability and willingness to make the extra pass, get the ball up in a hurry, and flat out make the right play that elevates her to another level.

2022 Imarianah Russell | Livingston Ave.
Russell was extremely dynamic today. As she snatched rebounds in traffic, and started the break, her power and explosive gate were startling to see. She relentlessly punished defenders that mistakenly got in her way, posting up and finishing through contact with ease. Russell epitomizes everything you would want from your hard-working, rough, and tough player; she pretty much does everything from everywhere.

2024 Kyndra Sheets | Always 100
On any given day, Sheets can take over and dominate a game. She has a very high motor, which sustained her throughout the game to put forth the effort it takes to lead a team to a victory. She started the game hot and kept her foot on the gas the whole way through. She not only scored at the rim and knocked down threes at a high rate, but she also managed to set her teammates up for easy looks with the right pass just about every time.

2023 Jaida Redwine | CO Lady Blackhawks
Jaida set the tone of what she wanted to accomplish from the tip, which was to dominate in a plethora of ways. When given the chance, she excelled in transition. Jaida separated set herself from other players because she wasn’t easy to find, or simply one dimensional. She moved without the ball, ran the floor, and started numerous breaks well. She also lent to her teams win from stellar defense and a knack for making the right pass.

2023 Graci Risley | Team Blackheart
Graci’s impact was felt immediately this afternoon. Against a super talented Blackhawks team, Graci had no back down or quit in her spirit. She came out in the first half with two spectacular drives and a pair of threes to alongside them, one being a buzzer-beater to close the half. Risley picked up where she left off in the second half as well, knocking down several more long bombs.

2025 Kenidi Glover | TTG Free Agents 2025
To watch this young lady play, there’s no way you would say she hasn’t even played a high school game yet. Her game is one filled with hard post-ups, deep paint touches, and extremely physical drives with multiple and ones. Without proper preparation, a young defender may be very intimidated and frankly scared to guard her. She was absolutely unstoppable in the paint today, garnering multiple defenders to try and help the on slot of layups she was getting.

2025 Destiny Lunan | TTG Free Agents 2025
Smooth. That’s the first and last thing that comes to mind when watching this young lefty play. The way she handles the ball in the open court was a show within itself; she all but glided across the floor. Destiny showed an elite ability to create a shot for herself, and when she caused the defense to collapse, she found her team for an open look. Her footwork and accuracy was impeccable on her midrange pull up, just to add to the nightmare of trying to contain her. She is going to be so difficult to deal with for a long time coming.

2024 Madison Davis | Example Sports 14U
Madison had an electrifying first half against an uber-talented Bates Fundamentals team. Her quickness in the half-court allowed her to blow by defenders for a couple of easy layups. She came of nowhere on a missed three and converted on a very nice tip-in as well. She finished off the half with a long-much needed three for her team. With her team picking up full-court pressure, Madison made her money on the defensive end in the second half for a huge win.

2022 Maeve St. John | Michigan Pride 2022
With tons of skill and loads of machismo to spare, Maeve put on a clinic of what confident basketball looks like. From the way she carries herself to the vocal excitement after a good play, Maeve is definitely a show stopper. She splashed multiple deep threes in the first half alone. As defenses closed out harder to detour the three, she put the jets on and showed out with numerous high-level finishes at the rim. When the game intensified, her game seemed to as well. Her level of energy and focus was at an all-time high, and you could feel her trying to will her team to the finish line.