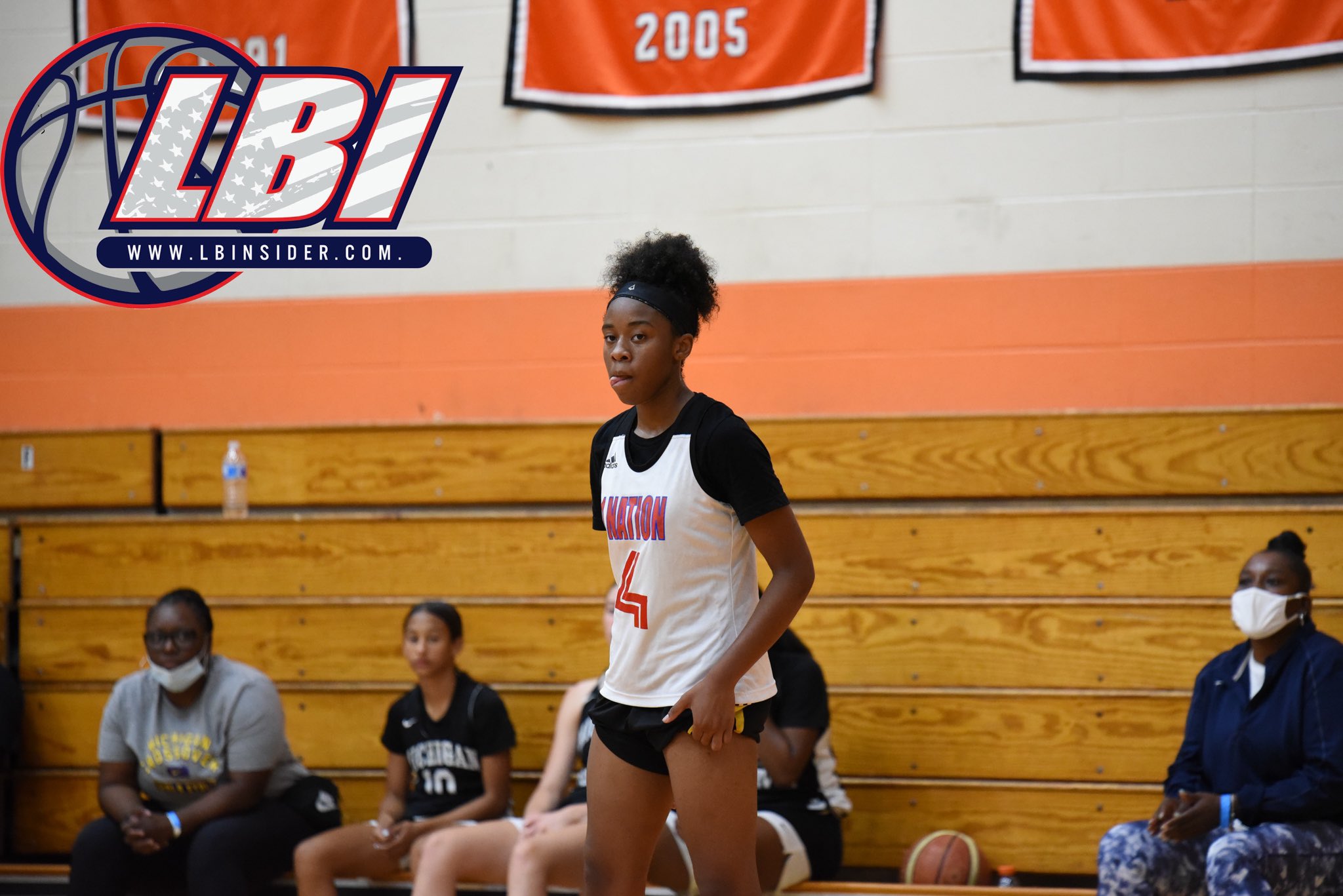 Warsaw, IN – On day 2 of the LBI Hoosier Summer Invitational, Championship Day, teams stepped up to the plate and gave the fans and those watching live on LBI-TV a show. Thrills and chills was the theme of the day as teams battled down to the last seconds, including a sudden death double-overtime game.

Jasmine Brown 2023 | Example Sports 15U UAA
Jasmine showed no fear and relentless in her play. She battled on the boards, chased after loose balls, dished out some great passes and, knocked down some threes. She is tough and it shows.

Kennise Johnson-Etienne 2023 | Example Sports 15U UAA
Kennise was the energy source for her squad on numerous occasions. She is a vocal floor leader who knows how to read the defense and make the necessary offensive adjustments. She utlized her picks and knocked down some big shots in big games.

Alexandra Kolnitys  2022 | Michigan Mystics-Voelker
A point guard that rebounds and knocks down three pointers. I know it sounds like a make-believe character, but I promise you it is not. Alexandra consistently did both all while running her squad’s offense and playing some amazing on the ball defense. When she’s on the court, she is all about taking care of business and it shows in her face.   down

Ashley Loon  2022 | Tri-County Hoopers - Jared
Ashley is a hooper. She stayed in “Go-Mode” the entire game, never slowing down or taking a possession off. She did an amazing job of playing the lanes and getting some big steals on defense. She gets to the rim and can finish with contact, and if needed she will let it fly from 3-point range as well.

Naveah Otis 2024 | 1 Nation
Otis was a bright spot for her 1 Nation squad for the entire weekend. She played with grit and passion. Otis scored off the bounce with either hand and showed the ability to finish through contact. She has good size, which allowed her to rebound well on both ends of the floor and has the athleticism to defend multiple positions.

Lillee Gustafson 2021 | Cagers Selvia
Gustafson was brilliant in leading her Cagers team to a dominating 45-17 victory over the Michigan Mystics RUH on Day 2 in Warsaw. Gustafson was nearly impossible to stop as she finished with a game-high 28 points and 15 rebounds.