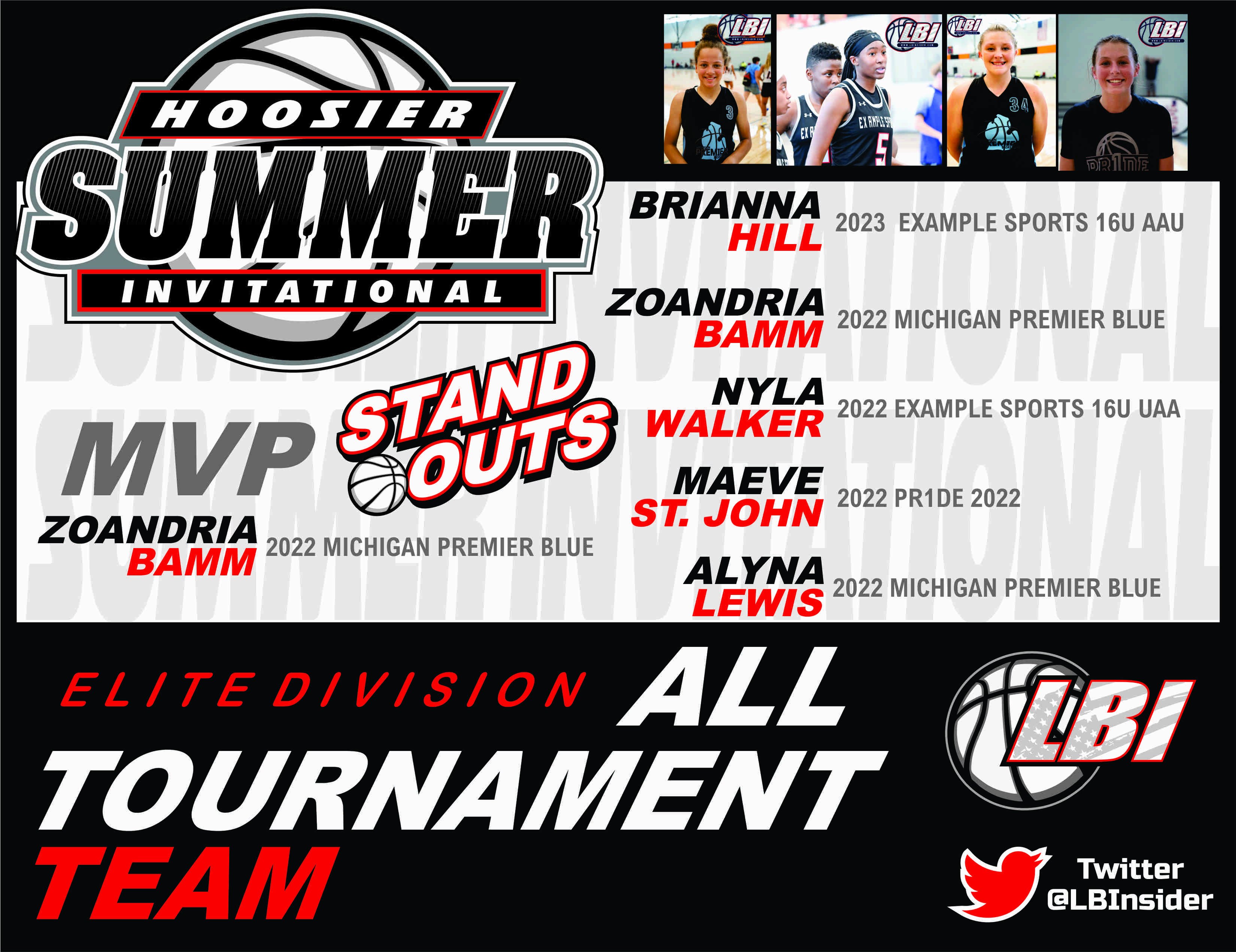 Example Sports 16U UAA (39) vs. Michigan Premier Blue (53)
The Elite Division Championship was a very physical and competitive game. Baskets did not come easy. Late in the 1st half, a hard foul took out one of Example Sports top prospects 2023 Brianna Hill (returned for 2nd half), and Michigan Premier took advantage by getting out and finishing in transition. 2022 Zoandria Bamm was in foul trouble early but the coach made a decision to let her play through it and it was a good decision as Bamm controlled the paint to help Michigan Premier open up an 8-point lead going into the half. After the break, 2022 Nyla Walker begin to assert herself and push the tempo. Scoring and finding a streaking Brianna Hill in transition. But Michigan Premier Blue's ability to stay composed vs pressure was key and personified in the play of PG Alyna Lewis. She didn’t turn the ball over and let multiple fast breaks that led to productivity plays. In all, Bamm was just too much as she scored 19 points and dominated the paint on both ends. 2022 Addison Hutson also contributed 15 points for Premier. Congrats to Michigan Premier Blue, the LBI Hoosier Summer Invitational Elite Division Champs.

Nyla Walker 2022 | Example Sports 16U UAA
Breaks down defenders at will; super hops on midrange and floater.