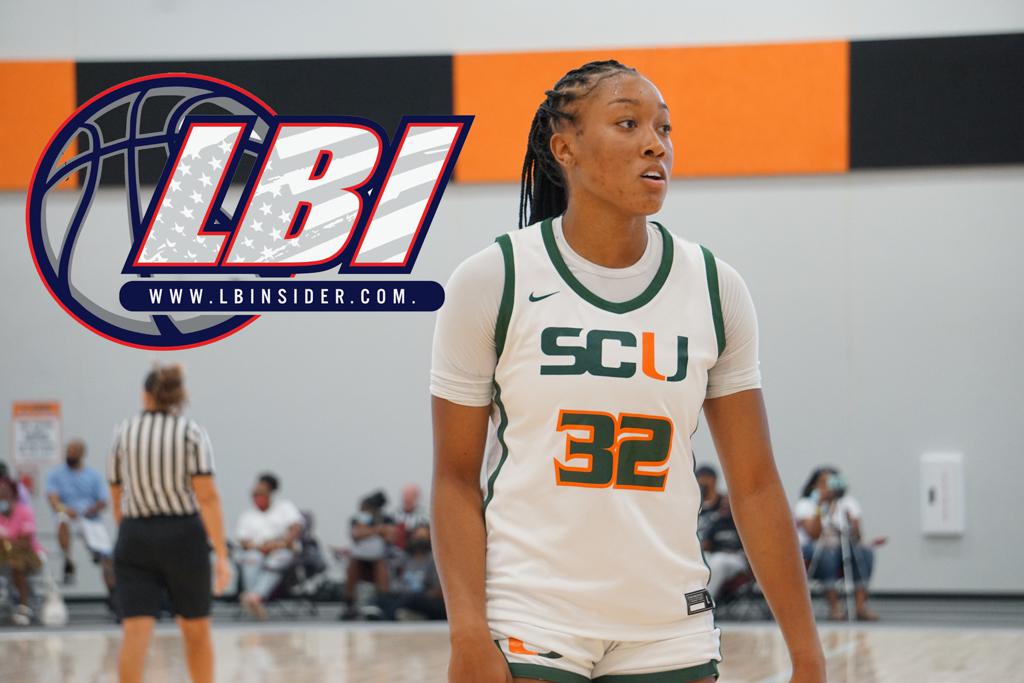 Warsaw, IN: Some of the best from the midwest all poured into Warsaw, IN for one more showdown before the summer ends. Some talent that we've seen before came out the gate throwing power punches and confirming what the basketball world already knows. Others made sure that they would not be left out when the top standouts for the day are mentioned. From the opening tip, the day was filled with some phenomenal match-ups and over-time thrillers.

Baylor Basketball 2022 vs. West Michigan Drive (Goodson) Typically in a tournament with early morning competition, the games can sometimes be a little sluggish and move at a slow pace. The Baylor Basketball 2022 vs. West Michigan Drive game was just the opposite. It took both teams maybe 2 minutes to get thoroughly warmed up, and the battle was in full gear.

Baylor took an early lead by merely being aggressive. They attacked the hoop, dove on the floor for every loose ball, and crashed the boards. After halftime, West Michigan Drive had some crucial stops that swung the momentum of the game in their favor. Before long, the game was tied at 36-36, and it was as if the game had started from the beginning.

Despite staying aggressive, Baylor struggled to score from the field and was plagued with turnovers. However, their consistent free-throw shooting and hardcore defense kept them in the fight and never down by more than three. West Michigan Drive stayed disciplined and focused. They communicated on both ends of the court and played as a cohesive unit, sealing their victory.

Aneesah Morrow 2021 | Baylor Basketball 2021
The best thing about watching Aneesah is that she keeps getting better and stronger. There were not too many players in the gym that could match up with her strength, especially once she planted her feet on the block. She has great court awareness and can score from both sides of the floor.

Symora Damon 2026 | Baylor Basketball 2022
If no one had told me, I would have never guessed that this young lady baller was as young as she is. She handled the ball exceptionally well under pressure. She was vocal and made solid decisions on offense.

Brooke Daniels 2022 | Michigan Crossover EYBL 2022
Brooke’s presence could be described in two words; IMPACT PLAYER. Her game on both ends of the court could be felt in one or another. Her passing, her defense, her scoring her everything was clicking, and her team fed off of her. Her high energy helped her team clinch a really close game.

Grace Vanslooten 2022 | Sports City U
By far the most impressive inside/out player in the tournament, Grace is a power-forward with quick feet and hands-on defense, beats almost every player up the court in transition, and can knock down a three-point shot off the bounce. She is a strong rebounder and capable of finishing around the hoop with a lot of contact.

Faith Walker 2022 | West Michigan Drive (BSTTJL)
One thing is for sure if Faith is in the game, she is going to rebound on both ends of the court. She was a consistent presence at the boards, if not to rebound, to alter the shot of someone driving to the hoop. She also did a good job of sinking some easy buckets from second-chance opportunities.

Aliyah Durry 2023 | West Michigan Drive (Corky)
Today Aliyah showed us that if called upon, she can score and get the job done for her team. She was aggressive on offense, often getting to the rim, but did an excellent job of not forcing shots. She was a natural leader and did not shy away from taking the big shots. She can handle contact at both ends of the court and stay mentally tough.

Cotie McMahon 2022 | Sports City U
To say Cotie McMahon is an impact player would be an understatement. In fact, I am ashamed to try to use superlatives to try to describe what I saw today. Simply put, because of McMahons' ability to play at such a high level on both ends of the court and her toughness, I believe she could play anywhere in the country.

Chance Gray 2022 | Sports City U
Efficiency at the PG spot is tough to come by sometime. But it seemed like every time I looked up; Chance Gray was finishing in transition or knocking down a three-pointer. She even made a few midrange jump shots in transition. Let’s say; I’m looking forward to seeing Chance and Sports City U play in the championship rounds tomorrow.

Kendal Braden 2024 | Bates Fundamentals
It’s been almost two years since I’ve seen Braden, but not much has changed in that she is very skilled and can get to her jump shot at will. And about those jump shots? She made two triples and two pull-ups in transition. Braden does a lot of other things that make her a shoe in to play at the next level.

Roxy White 2025 | Example Sports Black
Keep an eye on White. She’s tough! She displayed good touch on her three-ball and then more touch on the inside. White is already making an impact on both ends of the court on the perimeter and in the paint. White finished the game with 13 points, and I’m sure she made an impression in the coaches who watched in the live stream.

Alana Michaeux 2021 | 1 Nation
Michaeux was as dominate in the paint as she is physically imposing. She owned the paint this afternoon by altering and blocking shots. She seems to be involved in every rebounding opportunity and leveraged that activity to get her team a few extra possessions and points off put-backs. Michaeux is going to make a high major coach very happy with her ability to defend multiple positions and make a profound impact in the paint.

Nika Dorsey 2021 | MI Storm 2021 UAA
Nika Dorsey is as smooth as your favorite drink. The lefty does it all for her team. She ran the show and got others involved. She also was able to find her own nitch within the offense as well/ I enjoyed seeing her be effective on and off the ball. When you see her play, you’ll be able to tell that her teammates trust her with the ball to make the right play. Dorsey was very effective in her team's 1st round win and will look to continue her winning ways as a verbal commit to Bradley next fall.