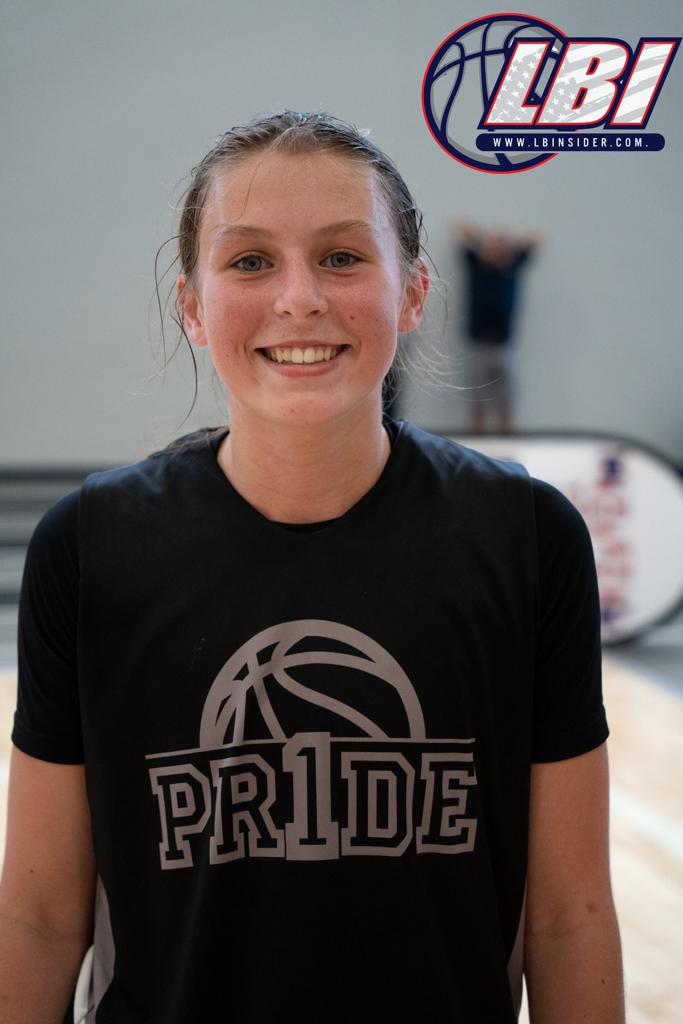 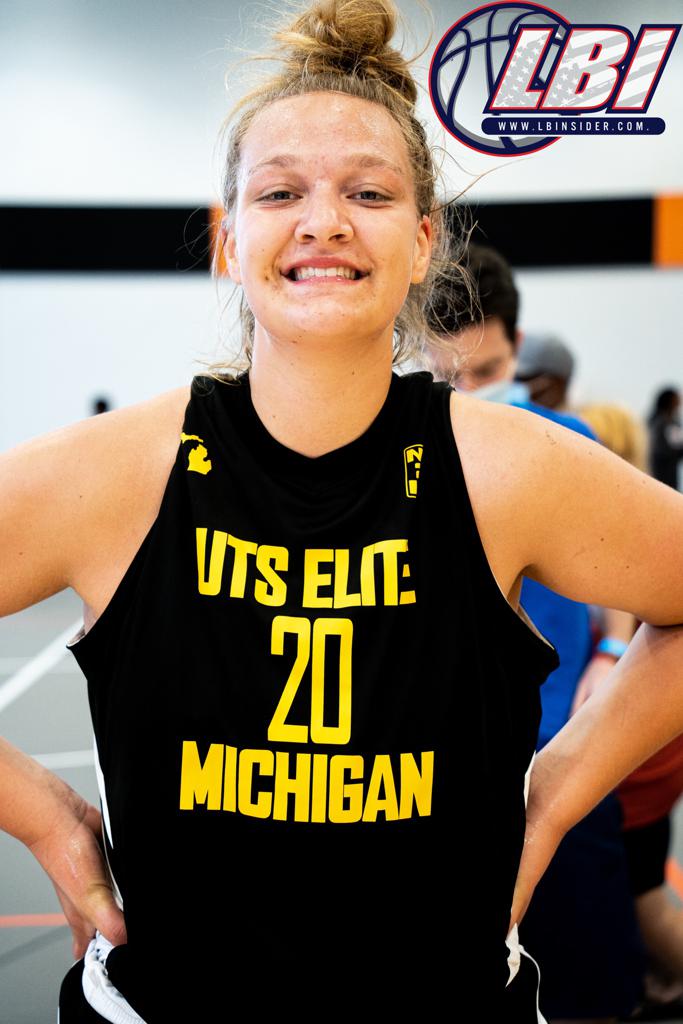 Warsaw, IN: Some of the best from the midwest all poured into Warsaw, IN for one more showdown before the summer ends. Some talent that we've seen before came out the gate throwing power punches and confirming what the basketball world already knows. Others made sure that they would not be left out when the top standouts for the day are mentioned. From the opening tip, the day was filled with some phenomenal match-ups and over-time thrillers.

Maeve St John 2022 | Pride 2022
Maeve St John was a joy to watch. She has what I call, “GymRat Swag.” The kid was oozing with passion for the game. Over and over, she was able to shred the initial defender with combo moves to create an opportunity for her teammates. She does the little things too: like getting on the floor for loose balls and saving the ball going out of bounds of the opposing team's player. Quite simply, this kid can play!

Ashley Bower 2022 | CCE
Bower put together two very good halves Saturday morning at the LBI Hoosier Summer Invitational. She got things started with a deep 3. On her next shot from the field, she canned another. Bower found her groove within the flow of the offense, which made her scoring barrage seem effortless. Bower was the catalyst for CCE, and they held on to win by two vs. a tough Factory Basketball Orange team.

Jasmine Brown 2023 | Example Sports 15U UAA
Jasmine Brown has big-time potential because she gets it down on both ends. Brown was relentless in attacking the basket and putting pressure on the defense. Her game is complete and includes no-look passes and a knack for getting to the free-throw line. Brown's grit and ability to create opportunities for her team was the catalyst in Example Sports comeback from being down almost 20 points. Though her team came up short, Brown showed why she should be considered a high major talent.

Hailey Maulbetach 2023 | Factory Basketball 2023 Orange
Hailey started the game on fire and ended the game in a blaze as she netted the triple that would prove to be the dagger for in Factory Basketballs 53-52 victory over Example Sports 15U UAA. Hailey was scoring at an alarming rate in the first half, which garnered her some fierce face-guards as the game went on. But Hailey would get loose again as she knocked down a massive three to seal the deal and finish the game with 19 points.

Faith Carson 2023 | UTS Lady Elite
Faith was as advertised vs. Michigan Crossover 15U. She owned the paint by dominating the boards and defending the rim, altering and blocking shots. She showed an array of ways to score, including a turnaround baby jumper and excellent footwork on a catch in traffic. She’s getting better, and that’s scary.

Kennedy Jones 2022 | Baylor Basketball 2022
Kennedy was the clean-up kid for her team. She was aggressive on both ends and had a lot of energy to give the majority of the game. She moved the ball well in transition and also attacked the hoop. She was very instrumental in keeping her team close.

Michelle McGee 2022 | West Michigan Drive 2022
From start to finish, Michelle showed that she is for sure one thing; that’s consistent. She locked down on defense and made some critical stops when her team needed them most. She found the open man on offense and made great decisions with the ball in her hand.

Abby Pasinos 2023 | Tri-County Hoopers 2023
Abby has a quick first step that allows her to keep defenders on their heels and create the space that she needs to advance the ball, find the open man in a half-court set or get her perfectly arched three-point shot off. She also did a great job of controlling the offense with and without the ball in her hands.

Mahogany Cottingham 2023 | Mac Basketball-Brittney
Mahogany is a great team leader. She knew when to pass the ball and get the offense going, but she also showed that she can take over and score when she needed to. She has quick hands and feet and was a terror on the defensive end.

Mayla Ham 2023 | Michigan Crossover
Ham struggled in the first half against UTS Elite, primarily playing in the post. She adjusted in the 2nd half by stepping away from the basket and knock down a few mid-range jumpers and even a three to propel a run for the Crossover. On the other end, she played like a free safety getting a ton of steals in the open court.

Maddie Ebbert 2023| PR1DE 2023
Literally, a do it all type of forward, has a calm it’s hard to take her off the floor because of her energy on the defensive end. She is at her best on-ball, she keeps her hands active and gives herself space to recover, rarely did she get beat. Offensively she is developing but did a good job moving without the basketball and running the floor.

Zoie Bamm 2023 | Michigan Premier
Everybody should want a Zoie Bamm on their team. Big body rugged kid who rim runs and always has her hands up waiting for the ball. She’s playing an age group up and against taller bigs, but she still maintains being effective by using up and under and utilizing post fakes to score.

Kylie Heck 2023 | PR1DE 2023
When you look at her in warmups, she doesn’t necessarily pass the eye test, but there is a saying, “Don’t judge a book by its cover.” Because that’s the furthest from the truth watching Kylie Heck, she’s very aggressive when attacking the basket and always looking to score. She has lovely rotation and touch from the outside as she was 4-6 from distance.