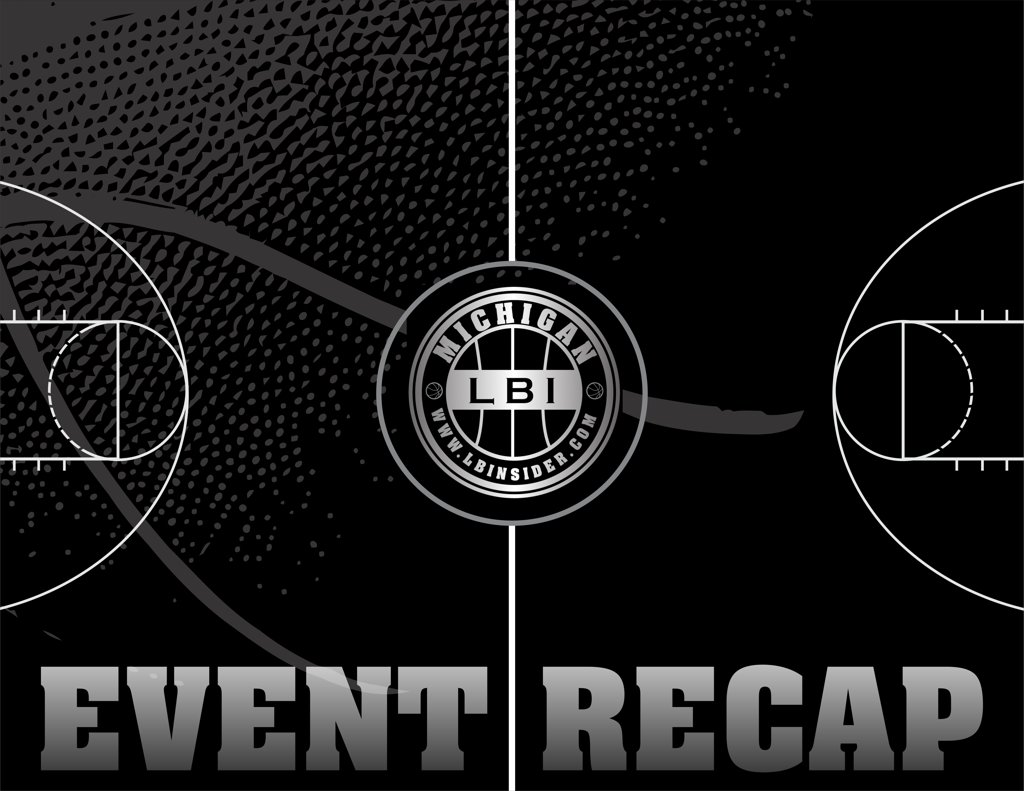 Plymouth, IN: The LBI Michigan Jamboree was an opportunity to continue to shake some of the rust off. And for LBI, an opportunity to see what kids have been able to improve on despite the inconveniences that come along with the changes caused by social distancing. Though there were some rough patches due to LBI's commitment to honor COVID-19 social distancing protocol, the event produced some great games and highlights. The LBI crew also unveiled LBITV which seemed to be a hit with coaches, players, and fans. In all, it was exciting to get back in the gym and continue to help kids have a platform to spread their wings and get connected to their dreams. 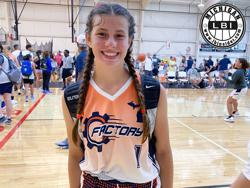 2022 Anna Fernandez | Factory Basketball
Anna has all the right tools for the making of a really good point guard at the next level. Her speed with the ball was good, her ability to make the right pass at the right time was great, and her determination to get to the basket was tough to match. She also made the defense pay if they gave her too much room from beyond the arc. 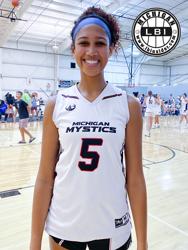 2023 Sarah Rambus | Michigan Mystics (Ruh)
The word skilled sometimes isn’t thrown around too much when it comes to frontcourt players. Everyone wants to talk about the elite shooter or the quick guard, but Sarah Rambus is as skilled as they come. She caught a lob and instinctively kept it higher than any other player around her. When getting a post feed, she made a great move, then a counter move with all the right footwork! She absolutely knows how to use her length when smaller players attack her to get the blocks and not the fouls. In addition, she managed to snag tons of rebounds and make great outlet passes to her streaking guards.

2022 De’Mour Watson | Indiana Attack
Watson brought her jaw-dropping athleticism with her today. She probably had double-digit blocks in a single game, but not just any block high flying ones! The ones that honestly make the players rethink whether or not to go in there again. Watson was deadly when she got on two feet in the paint. She simply used her elite jumping ability and leaped over the top to finish several buckets for her squad today. Watson was really able to show her athleticism in transition. She beat players down the floor, went around or over defenders, and somehow hung in the air to finish through contact.

2021 Stephanie Ainsworth | West Michigan Crush
Stephanie Ainsworth is a nice frontcourt player with great size and strength to go alongside her 6’3” frame. She showed the ability to finish some plays in the paint with bodies hanging all over her. Ainsworth was able to catch in the mid-post and pretty much bully her way down to the block for hard-earned points for her team. She clogged up the interior and made it very difficult for players to get easy looks inside.

2022 Ashley Hill | Factory Basketball
This big guard was able to pull down several tough rebounds in traffic and then push in transition nicely. Hill has great court vision coupled with the ability to make the difficult interior pass. She scored in the paint with ease because her strength was a problem when smaller guards tried to stay with her, racking up the and ones.

2024 Kyndra Sheets | Always 100 Paul
Some players just have this natural knack for scoring, Sheets is one of those players for sure. She is a tough and strong guard that uses her body nicely to get to the rim and finish in a variety of ways. She has good touch on her floater, uses an underhand scoop to finish around shot blockers, and can knock down the long ball as well.

2024 Anna Richards | Michigan Premier Blue
Leah was hard to contain off the dribble once she made her mind up she was taking the ball to the rack. She has nice body control and with her length and good athleticism, she finished a number of tough drives. Her game and pace had a nice smoothness to it. She never forced anything or made any wild plays; just maintain good consistency throughout.

2024 Ella Day | Michigan Premier Blue
Ella caught my eye immediately when by 9 o’clock in the morning she’s already jumping out the gym for a two-handed block and when signaled for the foul gives a hard snarl to both officials in disgust. She was not playing around with her shot contests, every one was a mission to send it into the dividing nets. Her swag and confidence were fun to watch. She showed nice ball-handling skills with a solid hesitation in transition in order to change speeds on the defense.

2025 Gabby Saunders | Michigan Mystics
With good size and strength, Saunders finished several key buckets inside for her squad early today. She did well flashing to the high post and either hitting the mid-range or taking her man off the bounce and finishing some tough plays. She also had a nice mix of knowing when to kick out the ball when the double came and not forcing it. She rounded out her play today with nice physical rebounding on both ends as well.

2025 Madi Uyl | Michigan Mystics
A player that absolutely plays both ends of the court. Her pressure on the ball disrupted her opponent's flow all morning; causing turnovers and bad possessions. As any good point guard, she was the leader, playmaker, and energy provider that her team needed. She showed off her high-level passing skills in the half-court as well as in transition, putting the ball on the money for streaking teammates and flashing bigs. Not only could she set up players for big buckets, she exhibited a very nice three-point stroke as well, elevating herself above the completion.

2025 Jersey Paul | Always 100 Paul 2024
An absolute pest on the defensive end. The 5’3” point guard hounded the ball handler from start to finish. Jersey has a great motor that served her well with the trapping and full-court pressure her team brought throughout the game. She showed the ability to knock down timely threes as well when it counted.

2022 Tadassa Brown | Jackson Jets
Brown did a lot of damage inside the paint on Sunday in the few games that we watched her play. She has improved on both ends of the court. Brown demonstrated nice footwork and skills on the low block as she was able to finish through contact on either side of the rim. A good looking prospect with legit size who will have many college programs inquiring.

2022 Faith Walker | West Michigan Drive
An unsung hero in the West Michigan Drive's victory over a talented Michigan Mystics RUH squad on Sunday. Walker was a force on the defensive end of the floor as she was able to secure many defensive rebounds that led to some easy transition points. She was brilliant in the pick and roll game as she set some tough solid screens that allowed her guards to get inside the paint for opportunities to finish at the rim for themselves. Everyone needs a Faith Walker on their team as she will just go out there and get the job done.