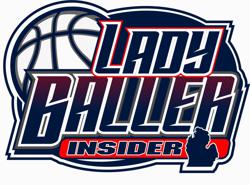 Waterford, MI – Preparing for this upcoming season takes a lot of hard work and practice. Preseason scrimmages allow teams to get game speed practice while working out last-minute kinks and needed adjustments. The Black Friday Scrimmage allowed LBI to get a sneak peek at some of the preseason top-ranked teams along with some new faces on the roster of a few young and talented squads.

Arbor Prep
Although they are not big in size, the Lady Gators are big in heart. They play hard, especially on the defensive end. They are loaded with speed and multiple offensive weapons, including players that effectively and efficiently play multiple positions. Their full-court pressure is sure to create havoc during the regular season and make them a top contender on the way to the state championship.

Flint Hamady
Coming fresh off of an appearance in last season’s Division III finals, Hamady has all of the pieces to make another appearance this year. Their roster is dripping with athleticism and talent. They showed great team chemistry on both ends of the court, depending on each other to execute their assignments and fill in the gaps when needed. After adjustments are made to work out a few small kinks, look for the Lady Hawks to stay high in the rankings all season long.

Waterford Kettering
With a new coaching staff and a fresh start, Waterford Kettering looks to be adjusting well to their new system. Playing with confidence and tenacity, they ran the court well, played strong team defense, and attacked the paint often. If they continue to get better and grow as a unit, the Lady Captains will be a tough team to face in the Lakes Valley Conference.

Jazmin Chupp  2022  5’8”  SG  Ypsilanti Arbor Prep HS
Chupp is one of the stronger defenders on her team. Her long arms allow her to play much bigger than she is, and her quick hands and feet allow her to be a nuisance to whomever she is defending. She was very vocal and played with a lot of energy.

Aysia Yokely  2023  5’2”  PG  Detroit Country Day HS
Young in age but an undeniable floor leader, Aysia was a power source for her team. She directed traffic on offense, being patient with her shot and her teammates. She is a tough kid, often in the mix on defensive stops and loose ball chases.

Markayla Holland  2022  5’8”  PG  Waterford Kettering HS
Holland showcased her ability to get to the rim often and quickly. She did a great job of knowing when to take over and when to slow down and get her team involved. As each game went on, her confidence went up. Don’t be surprised if you hear her name mentioned often during the season.

Kylie Heck  2023  5’5”  SG  Lake Orion HS
A quiet sniper on the court, Kylie was very impressive from behind the arc. She has a quick release and shoots like she knows the ball is going through the net. She is also a strong defender, doing a great job of playing the lanes and being vocal.

Mya McKnuckle  2022  5’8”  SG  Flint Hamady HS
Hands down the best all-around defender in the gym today, Mya had no problem guarding anyone at any time. She plays with a lot of stamina and does not get tired. In multiple games, she guarded the leading scorer on the opposing team, forcing her opponents to switch up their game plan and find other ways to score. She also looked really good in transition plays.

Ryann Tolbert  2021  5’11”  SF  Detroit Country Day HS
Ryann is a versatile player that plays multiple roles for her team. She handles the ball in press break situations; she rebounds and scores. She has a long frame that impacted her team’s defense tremendously.

Kaiden Glenn  2021  5’11”  CG  Ypsilanti Arbor Prep HS
Definitely one of the top performers of the day, Kaiden showed that she is a player that does not fit in anyone’s box. She can play the point guard position, handling the ball well, and being a floor general. She was also effective in the shooting guard position, moving without the ball and creating scoring opportunities for herself. She can shoot long distance as well.

Izzy Dugal  2020  5’11”  SF  Waterford Kettering HS
Izzy was the player that seemed to always be in the right place at the right time. She hustles, and it shows. She was a dominant rebounder, knocked down three-pointers; she was awesome at getting second opportunity points for her team. She worked hard to get open and executed when her team got her the ball.

Kendall Robertson  2021  6’2”  C  Lake Orion HS
A dominant presence in the paint, Kendall was a rebounding monster. She did a great job of clearing out space and getting the ball to her guards. She was very effective with her back to the basket and playing clean-up, successfully dropping second chance lay-ups. If she continues to work, she will be one of the top Centers in the OAA conference.